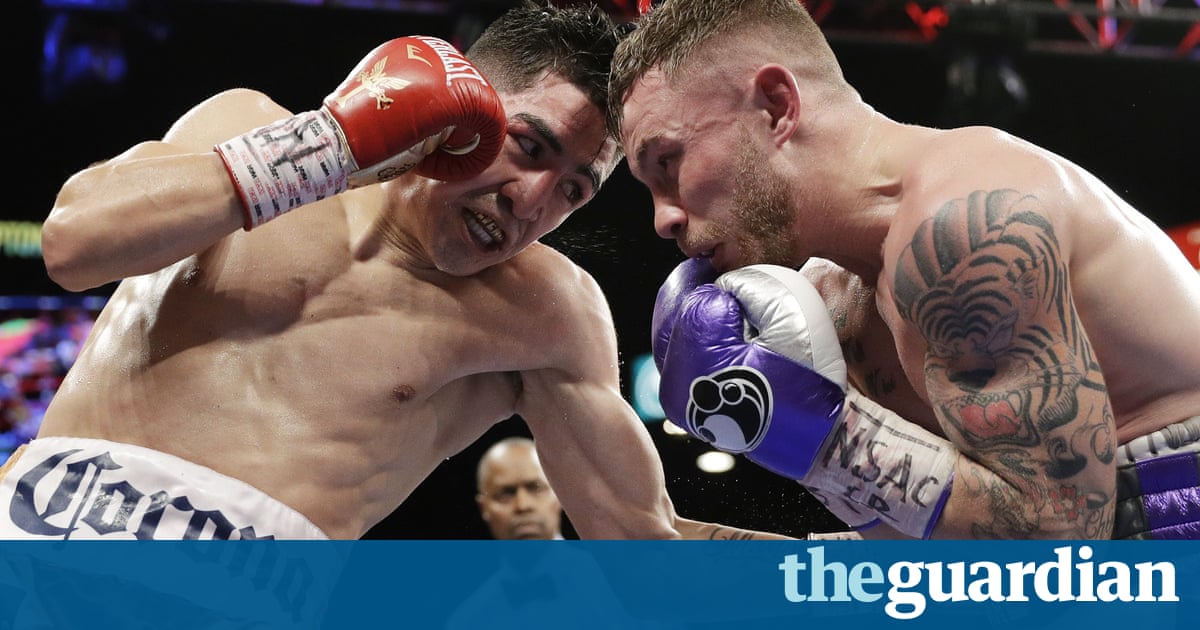 These two featherweight warriors produced the fight of 2016 last July and although this rematch failed to catch fire, it was a joy to behold nonetheless.

Santa Cruz produced a tactical masterclass to take back the WBA belt lost to Frampton on a majority decision on Saturday night at the MGM Grand with an intelligent performance which blended attack and defense perfectly.

Two judges at ringside, Dave Moretti and Glenn Feldman, scored it 115-113 with Burt Clements decreeing it was 114-114.

It was extremely close yet no-one could begrudge Santa Cruz his moment of glory, not even the deposed champion who had tumbled to the first defeat in his 24th professional contest.

He was very clever and used his reach well, said the 29 year-old from Belfast. I think he deserved to win if I am being honest.

The atmosphere was electric right until the very end.

Thousands of Northern Irish fans, mostly decked out in their national teams soccer colours, were in fine voice. Needless to say, the bars have done a roaring trade here.

The Mexican supporters, who had already seen one success when Mikey Garcia knocked out Dejan Zlatianin to win the WBC lightweight world title, were making themselves heard too.

Now though it was over to Santa Cruz, a three-division world champion like Garcia, could avenge that first defeat of his career administered so brilliantly by Frampton six months ago.

Santa Cruz stressed in the build-up that his all-action punching style which, ultimately, left him open to Framptons attacks in the first fight would be refined this time around.

The stat sheets confirm that Santa Cruz lands just over 30 punches per round the second highest in boxing across all weight divisions. When the dust settled Frampton threw 592 punches compared to the 884 coming his way. Frampton landing with only 28 of his jabs compared to 81 from the Mexican.

Frampton said he was ready for a war and so it proved.

The opening saw frenetic action from both. Santa Cruz connected with a pair of left hooks but Frampton wasnt backwards in coming forward.

The Mexican was using his reach advantage cleverly, keeping Frampton at bay with his jab. The first two rounds were his.

Unlike their first meeting, Frampton was being given very little to work with. Santa Cruz wasnt spending the whole time on the front foot.There was some success at the death of the third for the Irishman however, which finally gave his fans something to cheer about.