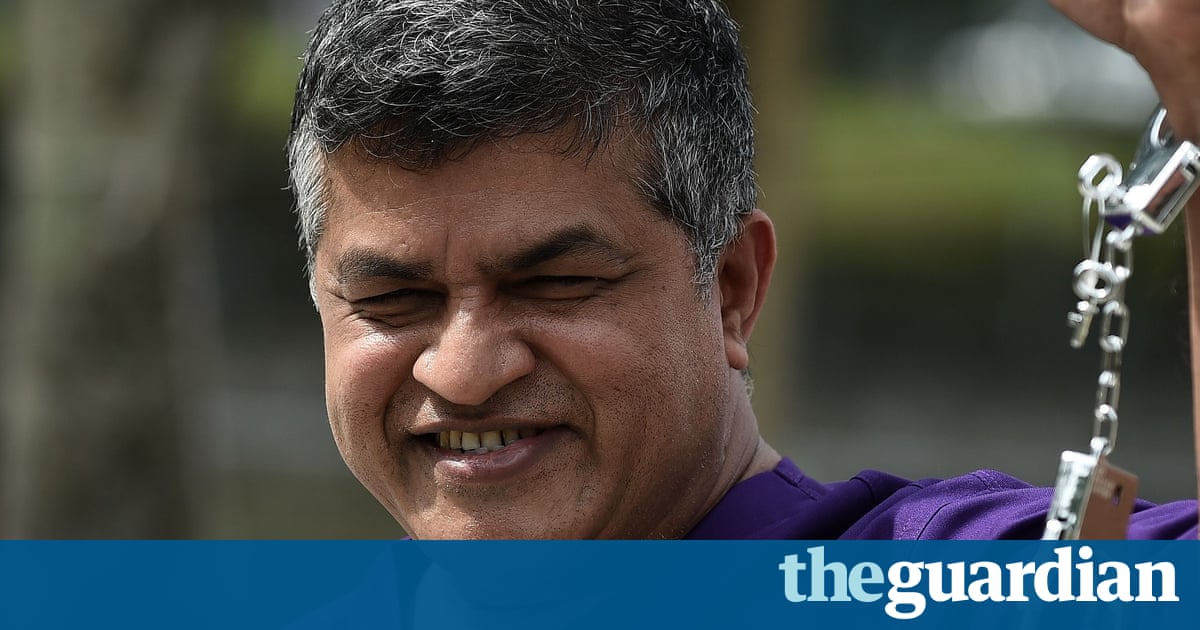 A Malaysian cartoonist known for lampooning the scandal-plagued prime minister and his family has been arrested for sedition, a move denounced as the latest sign of pressure on government critics.

Zulkifli Anwar Ulhaque who goes by the pen name Zunar was arrested in Penang state where he was participating in a literary festival.

Penang district police chief, Mior Faridalathrash Wahid, said Zunar was arrested under the sedition act. He declined to give details.

Festival organisers and participants condemned the arrest in a statement.

Levels of repression are reaching dangerous levels in Malaysia, said Michael Vatikiotis, a writer at the festival.

The fact that Zunars arrest happened at the George Town Literary Festival, with dozens of international writers and artists, only underscores the governments disregard for freedom of expression.

Dozens of government critics, including opposition politicians, academics, activists, and journalists, have been arrested in recent years for sedition or other charges that rights and legal groups call highly questionable.

Zunar is no stranger to the law, having been arrested and taken to court on several occasions. He has nine previous charges under the sedition act which are still pending trial.

His office had previously been raided and there is a ban on his political cartoon books, which mostly mock prime minister Najib Razak and his wife.

He and 1MDB deny wrongdoing. But the US Justice Department earlier this year detailed an audacious campaign of fraud and money-laundering by his family, associates and an unnamed Malaysian Official 1 an apparent thinly-veiled reference to Najib.

Tens of thousands of people flooded the capital with the yellow colours of the reformist movement demanding Najibs resignation last weekend.

The leader of the reformist group was arrested and is under lock-up in an unknown location.

Authorities had also arrested more than a dozen people before, during and after the demonstration, drawing the ire of international rights groups.