Mark Cavendish has won stage one of the Tour de France, outlasting Peter Sagan and Marcel Kittel for Tour win No 27, and, for the first time, the yellow jersey 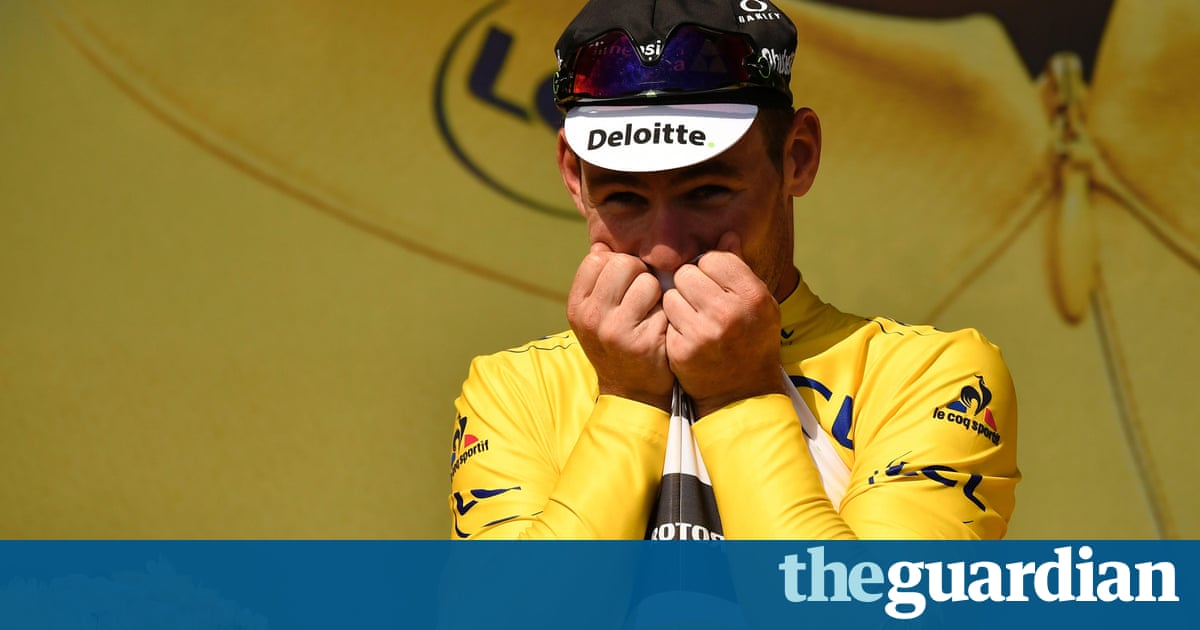 Between the Tour de France and the Rio Olympics, Mark Cavendish faces a packed summer, but he has got off to the perfect start. Twice in the past three years victory on the Tours opening stage and the yellow jersey had eluded the Manxman. Here, however, Cavendish timed his run to the line to perfection, coming off the wheel of the world champion, Peter Sagan, to leave Marcel Kittel trailing over a bike length behind.

Right up to the line, drawn as close to the vast strand of Utah Beach as could be, just behind the dunes, this was a chaotic sprint, as most are these days; what favoured Cavendish was that this was a long, straight run to the line such as he likes, with the last bend five kilometres out. No team took control, although for the bulk of the final miles there were four teams hogging the front of the peloton: Kittels Etixx men and the red-clad Lotto troupe of Andr Greipel were on either side of the road, with Chris Froomes Team Sky and Nairo Quintanas Movistar sandwiched in the middle.

For much of the run-in, Cavendishs Dimension Data team-mates were absent from the front of the peloton, but as he had pointed out, they are not the most powerful of squads so they will not take on Etixx and Lotto at their own game.

Marshalled by the vastly experienced Bernhard Eisel and Edvald Boasson Hagen, however, Mark Renshaw and Reinardt Janse van Rensburg appeared with 3.8km to go, moving sleekly up the left of the Etixx train with the Manxman in their slipstream, before the cards were reshuffled.

After a crash in the final kilometre reduced the front of the peloton to tatters with Geraint Thomas and Boasson Hagen among those involved, to no apparent ill-effect the critical moment came with 300 metres to go when the last of Greipels team-mates swung to the right and Cavendish had the instinct and leg speed to outjump Kittel for the wheel of the world champion, Peter Sagan, who had no option but to lead out.

With a south-westerly breeze pushing the riders to the line, whoever jumped first would have the advantage and once Cavendish began his effort, going to Sagans right, Kittel went to the Slovaks left and drew almost level with Cavendishs left shoulder, then slid gradually backwards as Greipel made a rush for the line which was too late to give him more than fourth place behind Sagan. With the four sprinters who have dominated the Tours finishes in the past few years leading the way, this was what the French call un sprint royal: a battle of kings.