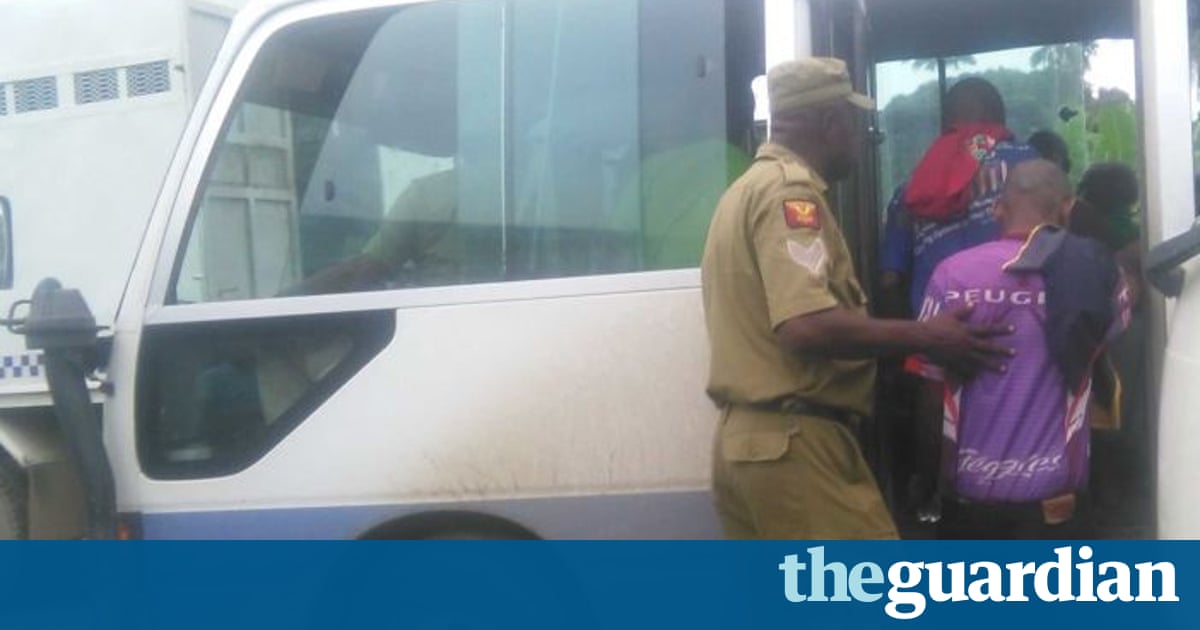 More than 100 men charged over the killings of seven people including two young children who they believed were practising sorcery, will face trial in Papua New Guinea next month.

In April 2014 a large group of men allegedly overran a neighbouring village, searching for people who had committed sorcery, burning down houses and violently killing seven people. Two children, aged three and five, were reportedly taken from their mothers arms and hacked to death.

Of the 122 men charged over the deaths, 99 reportedly appeared in the Madang national court last week, with the trial set to begin in April. All defendants had been released on bail.

Papua New Guinea has had long running problems with sorcery-related killings. Belief in witchcraft, sorcery and the supernatural all commonly referred to as sanguma is widespread in some regions.

In the northern coastal region of Madang belief in sorcery the supposedly learned technical act of committing magic is more common than belief in witchcraft, which is believed to be inherent in people, usually women.

Attacks against people accused of sanguma occur at least several times a year, and police and church groups often rush to intervene. Subsequent investigations or recourse through the justice system is rare.

In October 2015, four women were violently tortured by villagers who believed the claims of a man who said they took out his heart and killed him, before putting it back.

One of the women died. A video of the four women being stripped, burned, hacked, and beaten, was shared among Papua New Guineans, including schoolchildren.

Six months earlier a woman named Mifila was allegedly hacked to death just months after being rescued from death row in a village. Milifa and three other women had been rescued in an intervention by police, missionaries and community workers after they were accused of witchcraft when several villagers died during a measles outbreak.

In a high-profile 2013 case, 20-year-old Kepari Leniata was tortured and burned alive after she was accused of witchcraft. No one has ever been convicted over Leniatas death, but it prompted the PNG government to repeal the 1971 Sorcery Act which provided a defence for the murder of people accused of sanguma.

But, in what was considered a step backwards by human rights groups, the death penalty was revived to include any such murders. Champa Patel, spokeswoman for Amnesty International, said the trial was a chance for some justice, as long as the accused received a fair trial and without facing the death penalty.

For far too long, the killings of women accused of sorcery in Papua New Guinea have gone unpunished, Patel said. They have often faced beatings, burnings and even public executions as the authorities have failed to act. This new trial is a chance to break with that tradition of impunity.

Simon
← Previous Story Beyond the blade: the truth about knife crime in Britain
Next Story → Darlene Cates dies aged 69: Best acting mom I ever had, says Leonardo DiCaprio