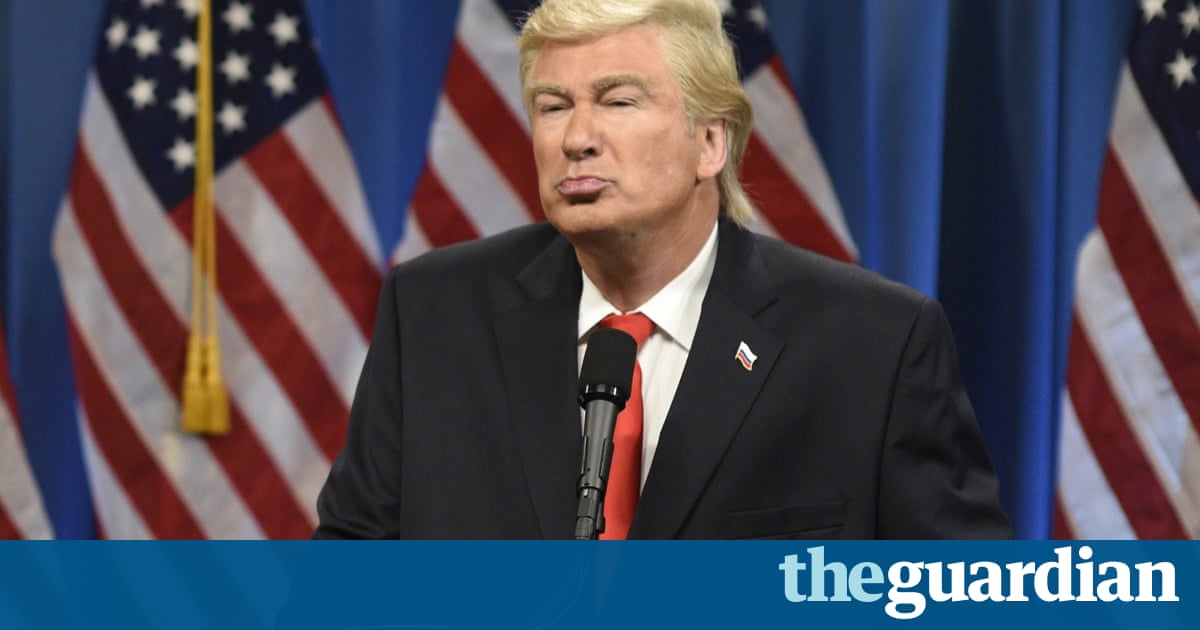 After a brief absence, Alec Baldwin returned to Saturday Night Live this weekend with his now infamous Donald Trump impression, but it was Melissa McCarthys unexpected arrival as the White House press secretary Sean Spicer that was the shows finest and most necessary satire this week.

McCarthys Spicer came out yelling at the assembled press corps, pounding gum and tossing out threats to the journalists while admitting that I dont talk so good. It was an inspired piece of casting; McCarthy, whos become a reliable SNL host in recent years, excels at characters who teeter right on the edge of sanity.

With Spicer, shes found a perfect real world example of someone barely keeping it all together addressing Trumps prime time announcement for his supreme court nominee, he assured the press: Everyone was smiling, everyone was happy, the men all had erections, and every single one of the women was ovulating left and right.

Instead, the real cold open focused on the presidents disastrous week of foreign phone calls, with a Grim Reaper-esque Steven Bannon encouraging Trump to tell the Australian prime minister, Malcolm Turnbull, that your reef is failing, to trick the president of Mexico into paying for his border wall, and to brag about the size of his inauguration crowds to Angela Merkel, who answered the phone optimistically, Is this my sweet Barack?

It ended with a phone call to Zimbabwe, where a furious Robert Mugabe put Trump in his place, which harkened back to perhaps Trevor Noahs finest Daily Show segment to date.

Other key sketches for the night included:

A pre-tape video from border control, now roughly re-edited to account for the seven countries that now require extra immigration vetting, and maybe Australia, well see. The new dubbed voiceover cuts in to promise there will be someone – NO ONE! – to help you as visitors navigate the now insanely complex process of entering the US.

A seemingly innocuous take on bro-tastic football commercials, where a complacent wife (Vanessa Bayer) who promises to bake up some frozen foods for her hungry guys, turns sexy and quite sweet when she falls for her husbands friends sister. Whats your name? asks the sister, guest host Kristen Stewart. Ive never had one, Bayer responds quietly.

Despite a few cue-card reading flubs, Weekend Update had a strong showing. Colin Jost reacted to the judicial block on the presidents Muslim ban by noting that getting temporarily blocked is just foreplay, while Michael Che reflected on what it means to target radical Muslims: I have a Muslim friend, he doesnt eat pork and he doesnt have sex with white women. To me, thats mad radical.