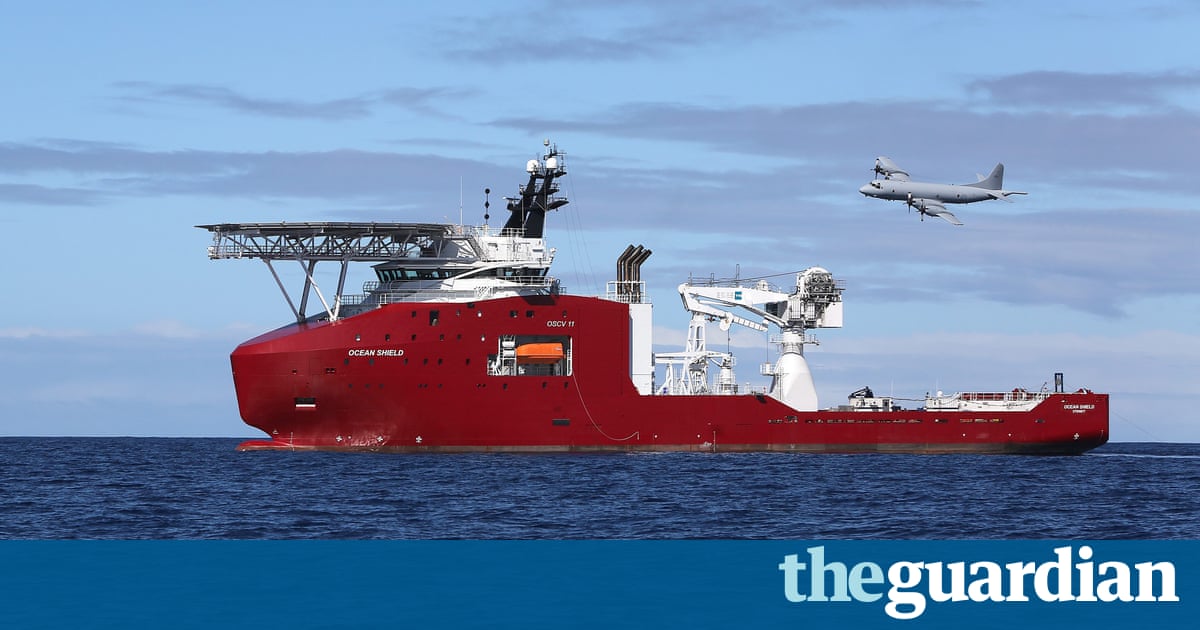 The Australian authorities leading the search for MH370 have a high degree of confidence that the planes wreck is not to be found in the expanse of Indian ocean they have spent more than two years searching.

The Australian-led search effort of 120,000 sq km of the southern Indian ocean, informed by satellite data, has cost $145m (117m) and is due to end in January. Fewer than 10,000 sq km remain to be searched, though progress has been slowed by bad weather.

But experts meeting in Canberra to reassess existing evidence and analysis say they are now confident the wreck of the plane is not there.

There is a high degree of confidence that the previously identified underwater area searched to date does not contain the missing aircraft.

New analysis of the satellite data, combined with drift analysis, has identified the most likely point that MH370 hit the water as being close to the so-called seventh arc, north of the current search zone.

In April, the ATSB commissioned the Commonwealth Scientific and Industrial Research Organisation (CSIRO) to perform a detailed study of the drift of recovered debris. Its findings were also released on Tuesday, and served to narrow down the possible point of impact of the plane.

The CSIROs findings were reinforced by the timing and location of where confirmed debris of the plane has been found: in the western Indian Ocean and on the east coast of Africa.

Experts have identified a new area of approximately 25,000 sq km between latitudes 33 degrees south and 36 degrees south as the area with the highest probability of containing the wreckage of the aircraft, given the 110,000 sq km that have been eliminated.

The experts concluded that, if this area were to be searched, prospective areas for locating the aircraft wreckage, based on all the analysis to date, would be exhausted.

Whether the new prospective search will be carried out is dependent on funding from Australia, Malaysia and China, the three governments involved in the search effort. The report has been provided to them for their consideration, the ATSB said in its report.

The MH370 first principles review summit was understood to be have been held with view to reaching a robust and fully costed proposal for the Australian transport minister, Darren Chester, to take to his counterparts in Malaysia and China the destination of flight MH370 and home to most of its 227 passengers to persuade them to agree to renew the search.

In July, the three transport ministers had agreed that, in the absence of credible new evidence, the search for MH370 would be suspended indefinitely upon the completion of the effort currently underway.

Chester seemed to downplay the likelihood of the search being extended in a statement which reiterated the resolution of the tripartite meeting in July and said the report did not give a specific location of the missing aircraft.

We are very close to completing the 120,000 sq km underwater search area, and we remain hopeful that we will locate the aircraft, he said.

He repeated the decision made in July that the search would be suspended unless credible evidence is available that identifies the specific location of the aircraft.

The third anniversary of the planes disappearance from Kuala Lumpur to Beijing will be on 8 March 2017. The ATSB began searching the 120,000 sq km area in October 2014.