Middle Eastern cinema has so much to say, and we need to be listening now more than ever

Trumps travel ban bars these artists from entering the US or attending the award ceremonies, and has overshadowed some critically acclaimed work 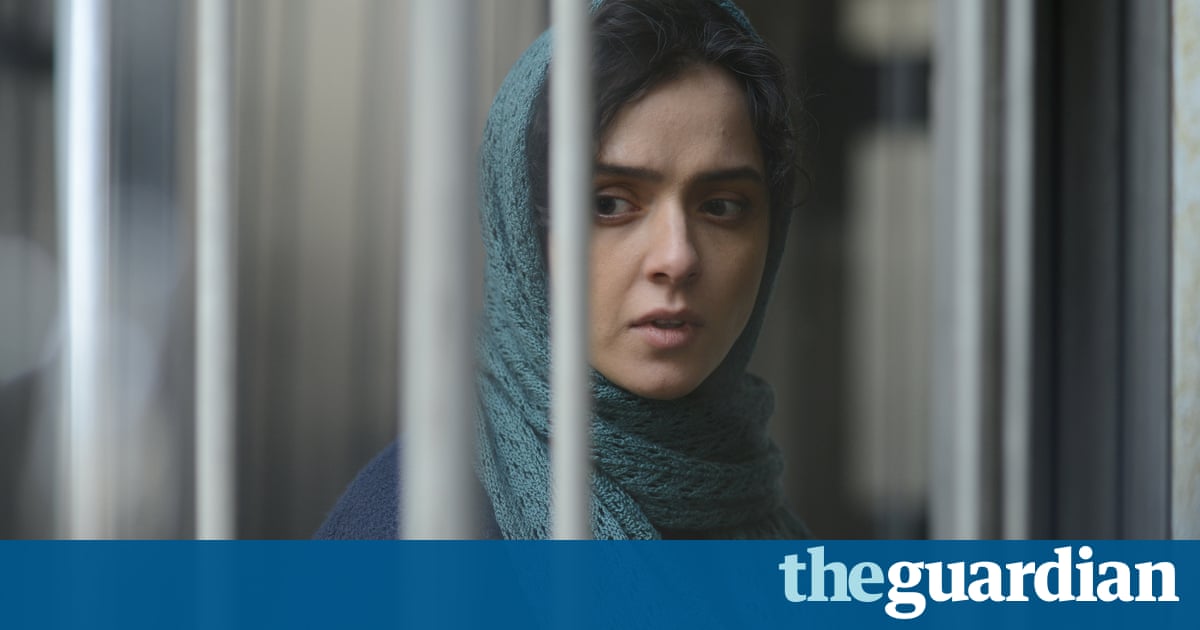 In Asghar Farhadis The Salesman, a husband seeks the truth behind a violent assault on his wife. In Hussein Hassans The Dark Wind, two families are torn apart by the ramifications of an Islamic State ambush. And Orlando von Einsiedels documentary The White Helmets follows Syrian volunteers as they help rescue women and children from airstrike rubble.

All three films have collected awards, nominations and critical acclaim for, among other things, the insights they offer into countries of the Middle East. But in a time when we need to be engaging with these stories most of all, Donald Trumps travel ban has caused the artists behind them to cancel US festival and award ceremony appearances either as a direct consequence of the executive order, or out of protest.

These films, and plenty more like them which come from the region, explore themes relevant to us all, and can open an audiences eyes to the region in a more meaningful way than a tweet or a news report. At a time when so many of us have been spurred to political engagement, they deserve to be seen and celebrated, to continue the conversation across borders.

Trumps executive order has meant those involved in The White Helmets have been effectively barred from the Oscar awards, for which the film is nominated; similarly, the writer/director and lead actress of nominated Iranian film the Salesman have said they will not attend, even if they are offered an exemption.

The possibility of [my] presence is being accompanied by ifs and buts which are in no way acceptable to me even if exceptions were to be made for my trip, Asghar Farhadi said, and Salesman actress Taraneh Alidoosti tweeted: Trumps visa ban for Iranians is racist … I wont attend the #AcademyAwards 2017 in protest.

Farhadi, a three-time Oscar nominee who is widely acclaimed for his empathetic films about Iran and its citizens, used his 2012 win for A Separation to discuss the importance of celebrating Iran for its glorious culture that has been hidden under the heavy dust of politics. The absence of Farhadi and his message of peace through film will be a blight on what will no doubt be a politically-charged ceremony.

Indeed, lost amid discussion of the politics that have denied US entry to these film-makers is the art itself. A month out from The Salesmans Australian and UK release dates, talk has largely bypassed the actual film, which was hailed out of the Cannes Film Festival as a dramatic critique of what [Farhardi] portrays as the Iranian male gaze. The New York Times cited the directors understated belief in the ethical value of addressing the complexities of experience through the clarity and subtlety of narrative art a belief Farhardi has showcased in previous films, including Fireworks Wednesday and About Elly.

The Dark Wind, meanwhile, won director Hussein Hassan the UNESCO Cultural Diversity Award at the 2016 Asia Pacific Screen Awards in Brisbane for its promotion of peace and understanding through cinema. The film, the content of which has also been eclipsed in the travel ban discussion, offers a rare portrayal of the little-known Yazidi people of Iraqi-Kurdistan, the ramifications of rape upon deeply religious communities, and the wave of religious genocide by Isis. It comes with its own controversies: some say The Dark Wind misrepresents its subjects.

Hassan has since revoked his visa application to attend the Miami Film Festival in protest of the ban, following what he said were unusual delays in the approval process. A subsequent statement by the films producer, Mehmet Aktas, read: Hassan is not a fighter on the front line, he fights with his artistic soul against terrorism.

These films showcase the Middle East as more than just the wars that bring the region to the news; theyre filled with universal ideas, empathy and a curiosity for humanity; stories of people who live in extreme worlds which most audiences know only through soundbites and headlines. The artists have been banned or discouraged from sharing the message of their work, but we need that message now more than ever.

These arent the only Middle Eastern films worthy of celebration. Reza Mirkarimis Daughter is about shifting patriarchy in traditional Iranian societies; Maryam Keshavarzs Iran-set Circumstance is about or the exploration of cultural privilege and sexuality. Theres El Clasico, about two Kurdish little people attempting to meet Cristiano Ronaldo, and two of the 21st centurys great documentaries: Abbas Fahdels epic 334-minute Homeland: Iraq Year Zero, about life before and after US invasion; and Silvered Water, Syria Self-Portrait from directors Ossama Mohammed (exiled at time of production) and Wiam Simav Bedirxan, about the Siege of Homs told through YouTube videos filmed on camera-phones embedded within the violence.

Political upheaval almost always comes hand-in-hand with a rise in artistic creativity. Speaking from Canada, the Tehran-born artistic director of CineIran festival in Toronto, Amir Soltani, told me that, in the 1980s, when the international image of Iran was one of a war-torn country, [film-maker Abbas] Kiarostamis cinema came along and changed that perception. One of the worlds great film-makers, Kiarostami is best known to Western audiences for his Palme dOr-winning Taste of Cherry and Certified Copy, starring Juliette Binoche. People were able to see a different side of the country that went beyond news items and differences, Soltani continued. Its unfortunate that in the 21st century, the age of information, we still havent come much closer to having a fuller understanding of our international community.

Many claim to want more films that better represent the world and its people, but cinema from across Asia is too often ignored on the arthouse circuit and the ever-expanding festival scene for more prominent Euro-centric titles. It might seem like an inconsequential method of showing your support considering the scope of recent events, but supporting artists from this region by watching their films is at least one small way we can make a difference. And when the films are as good as these, its even more rewarding.