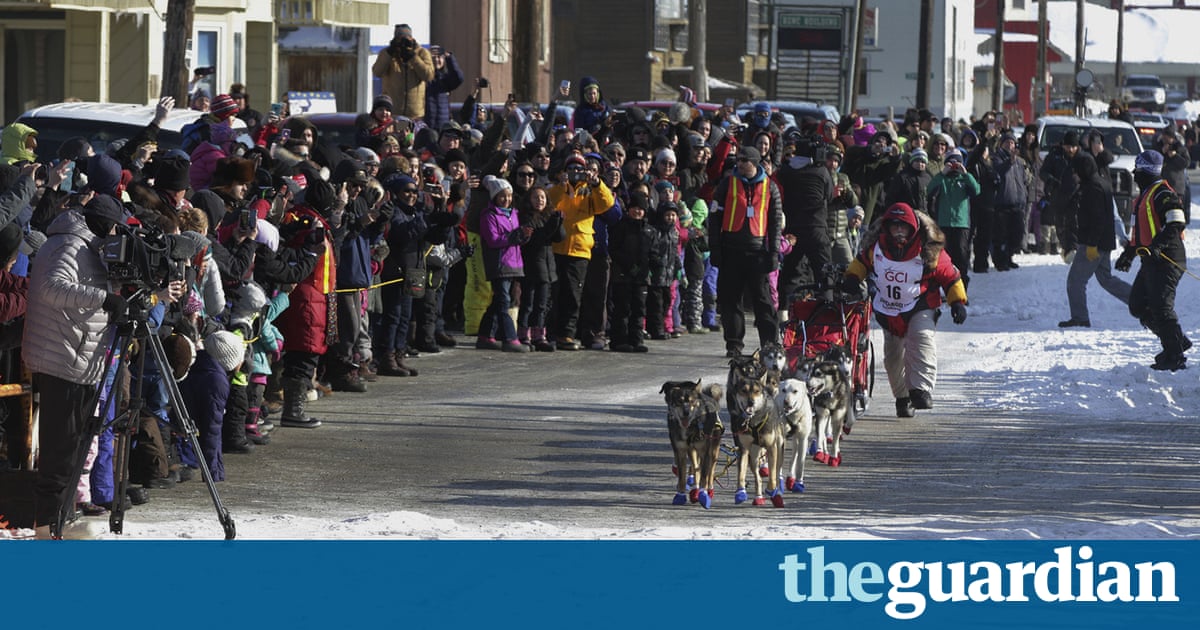 The Seward, Alaska, musher brought his dogs off the frozen Bering Sea and onto Front Street in the Gold Rush town of Nome after crossing nearly 1,000 miles of Alaska wilderness.

He outran his son, defending champion Dallas Seavey, and lapped the oldest musher record that he set at age 53 in 2013. He previously won the race in 2013 and 2004.

Sweet was the first thing Mitch Seavey said after getting off the sled at the finish line under the famed burled arch. It was broadcast live statewide.

His wife, Janine, greeted him with a hug. Oh, my gosh, look at what youve just done, she told him. Youve changed the sport.

After talking to his wife, Seavey greeted each of his dogs and thanked them with a frozen snack. He later posed with his two lead dogs, Pilot and Crisp.

They get frustrated when they go too slow, so I just let them roll, which was scary because Ive never gone that fast, that far ever, but thats what they wanted to do, he said.

Seavey said the dogs know only one thing 9 to 10 mph.

They hit their peak, they hit their speed, and thats what they do, Seavey said at the finish line. They trusted me to stop them when they needed to stop and feed them, and I did that, and they gave me all they could.

Seavey picked up $75,000 and the keys to a new pickup truck for winning the worlds most famous sled dog race.

The Seaveys have now won the last six races. Dallas Seavey won four, and his father finished second the last two years. The two are close but competitive.

He and I have such a great relationship, Mitch Seavey said. Theres no malice, we just love running sled dogs. No question.

Fans lined the finish, clapping and cheering on Seavey. As his team finished the last few blocks of the race, Seavey yelled, Good boys! Hep!

Just before reaching the chute, he got off his sled and ran with the dogs a bit.

Four dogs associated with the race have died this year, including a 4-year-old male named Flash who collapsed on the trail early Tuesday when his musher, Katherine Keith, was about 10 miles outside the checkpoint in Koyuk.

Simon
← Previous Story Theresa May is dragging the UK under. This time Scotland must cut the rope | George Monbiot
Next Story → Tasmania’s coastline glows in the dark as plankton turn blue