Mysterious ghost shark caught on film for the first time

Also known as chimaeras, the creatures have tooth plates instead of teeth and a retractable penis on their heads 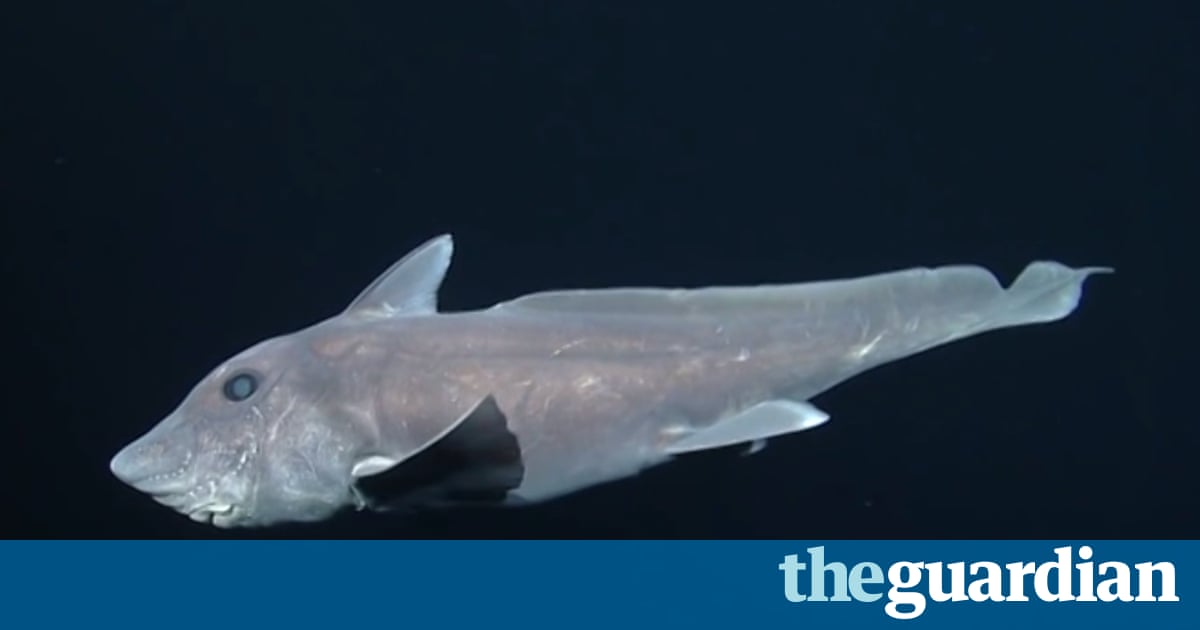 American scientists surveying the depths of the ocean off the coast of California and Hawaii have unwittingly filmed the mysterious ghost shark for the first time.

The team from the Monterey Bay Aquarium Research Center had sent a remote operated vehicle down to depths of 2,000 metres (6,700ft) when the creature appeared on their screens.

Also known as chimaeras, the creatures are related to sharks and rays. But unlike their namesakes, ghost sharks have tooth plates instead of teeth and open channels on their heads and faces that give them the appearance of having been stitched together like a rag doll.

Most remarkably perhaps, they have a retractable penis on their heads.

The footage was captured in 2009 but it has taken the team several years to confirm that the creature on the film is a type of ghost shark known as a pointy-nosed blue chimaera.

The species is usually found near Australia and New Zealand and has never been filmed alive in its natural habitat before. It is also believed to be the first time they have been seen in the northern hemisphere.