‘Nazi-chic’: Why dressing up in Nazi uniforms isn’t as controversial in Asia 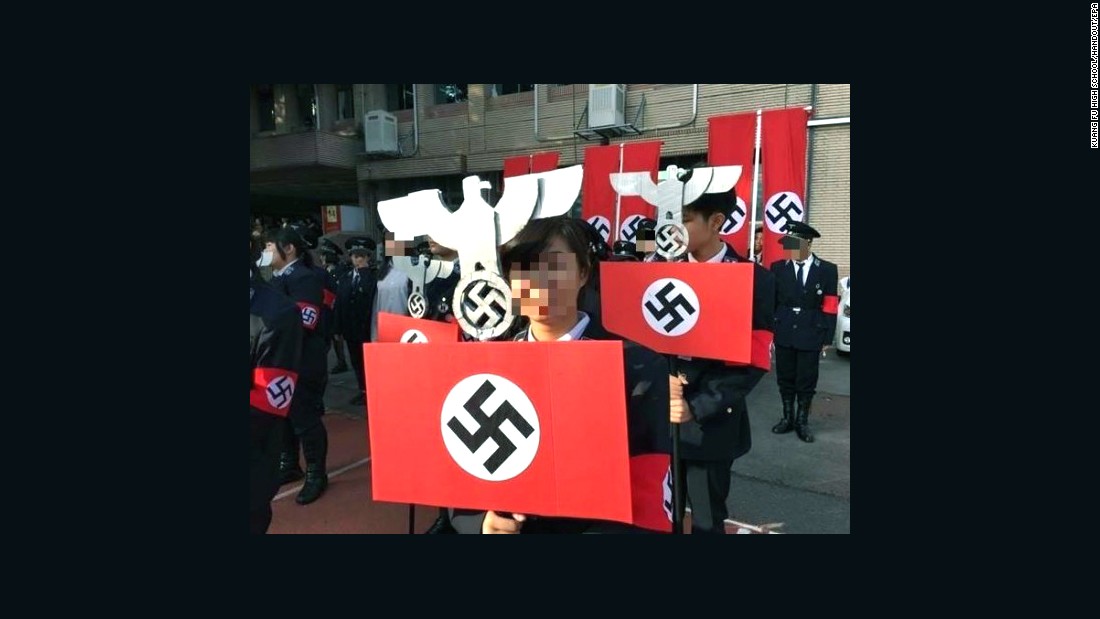 (CNN)In Europe or North America, if you dressed up as a Nazi there’d be outrage. In Asia, it could be just another day in class.

A recent event at a Taiwanese school, in which students held a mock Nazi parade, led to an international outcry and forced the resignation of the school’s principal as well as prompting a public apology from the school.
Students give the “Heil Hitler” salute and carry Nazi banners and insignia in photos posted to the internet, which also show a cardboard tank with German military markings.
According to local media, the December 23 parade was part of a cosplay event, a common activity where people dress up as characters from popular culture. 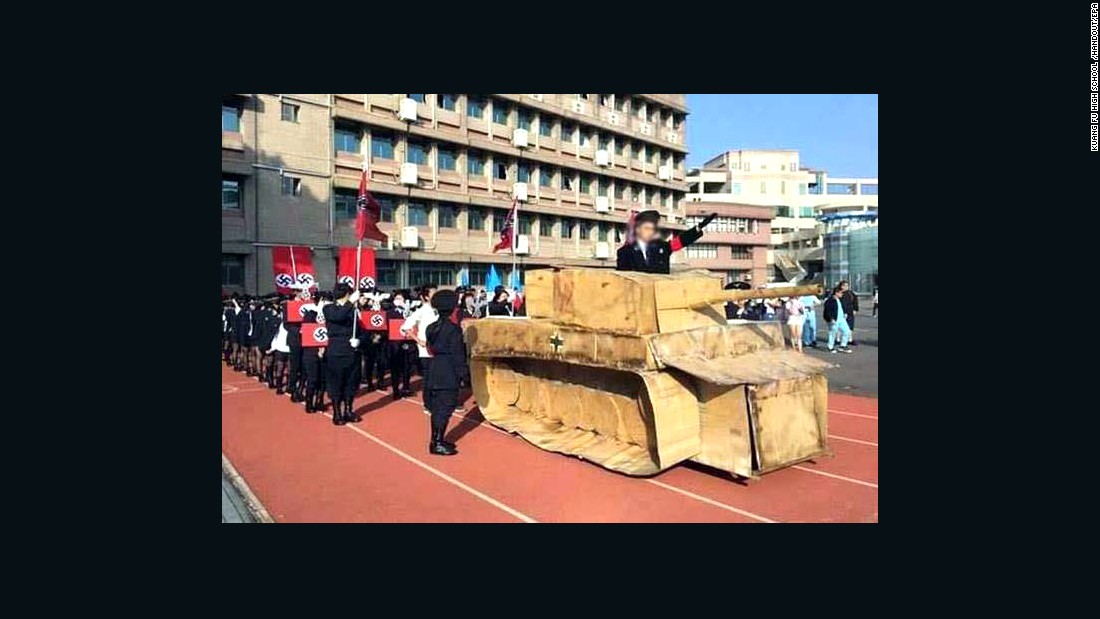 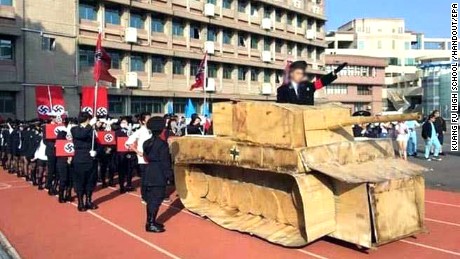 The Taiwan incident is not unique in Asia though — Thailand, South Korea and Indonesia are just some of the countries which have made headlines in recent years for similar controversies.
This is because some young Asians just don’t see Nazi uniforms the same way their Western peers do, says an expert.

The appeal of ‘Nazi chic’

Institute for Security and Development Policy Non-Research Fellow Elliot Brennan told CNN for the majority of Asian countries Nazi Germany doesn’t have the same historical meaning as for Westerners.
“The outcry over the Nazi costumes in Taiwan, while obviously offensive to those educated on this terrible period in history, should remind us of the dangers of cultural relativism,” he said.
“For East Asian countries, World War II was not about the Nazis or Hitler but rather the Imperial Japanese forces. Comparatively little time is spent in Asian countries studying World War II Germany than in Europe or North America.”
Brennan said Nazi outfits and regalia often have a more punk or anti-establishment meaning in Asia, rather than a political or historical one.
“‘Nazi chic’, as it has become known, is an expression of subversion and its wearers in Asia are largely ignorant of its historical underpinnings,” he said.
“While there is no doubt a small minority that relate it to aspects of fascism or Nazi Germany, these very much appear to be a minority.”
That doesn’t stop them from being offensive to others, though.
Israel’s representative in Taipei, Asher Yarden, said on the mission’s Facebook page that he found the parade photos “deplorable and shocking.”
“We strongly condemn this tasteless occurrence and call on the Taiwanese authorities, in all levels, to initiate educational programs which would introduce the meaning of the Holocaust and teach its history and universal meaning,” he said.

The Taiwanese Nazi parade wasn’t even the first such incident in Asia in 2016.
Less than two months ago, Sony Music had to apologize after Japanese girl band Keyakizaka46 wore black capes and hats similar to the SS uniform during a stage performance.
They weren’t the first band to be forced into an apology for Nazi-like outfits either.
In late 2014 a South Korean pop group Pritz said they never intended to look like Nazis when they dressed in black shirts with red armbands in a music video.
In the same year, Indonesian pop star Ahmad Dhani dressed up in a uniform not dissimilar to those worn by former SS officers in a music video promoting presidential candidate Prabowo Subianto.
He said he didn’t really think about the costume before wearing it and apologized.
Thailand in particular has regularly been the target of outraged Westerners, who can find Nazi-themed clothes and objects throughout the city’s shopping areas.
In 2011 a Chiang Mai school had to apologize after its students were photographed dressing Nazi regalia, complete with Nazi flags and armbands, for a parade. 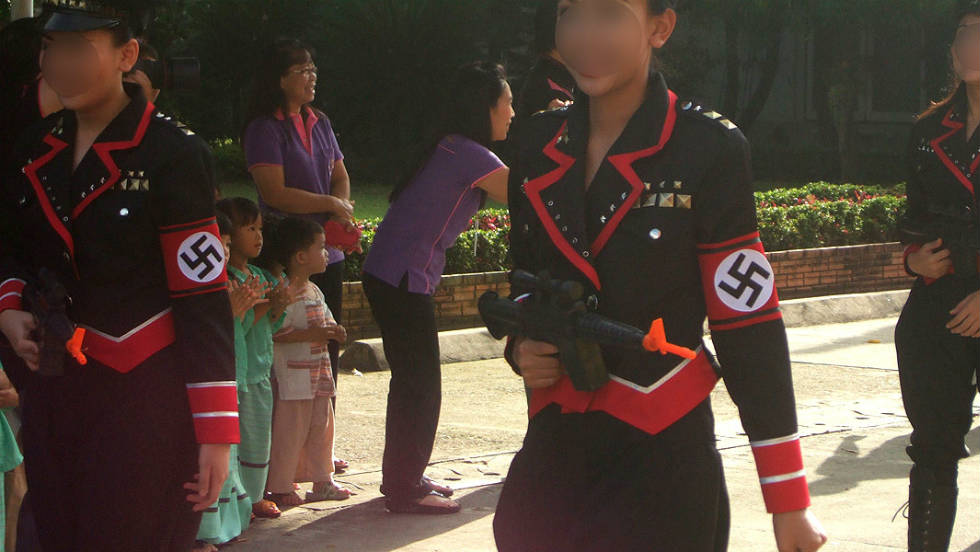 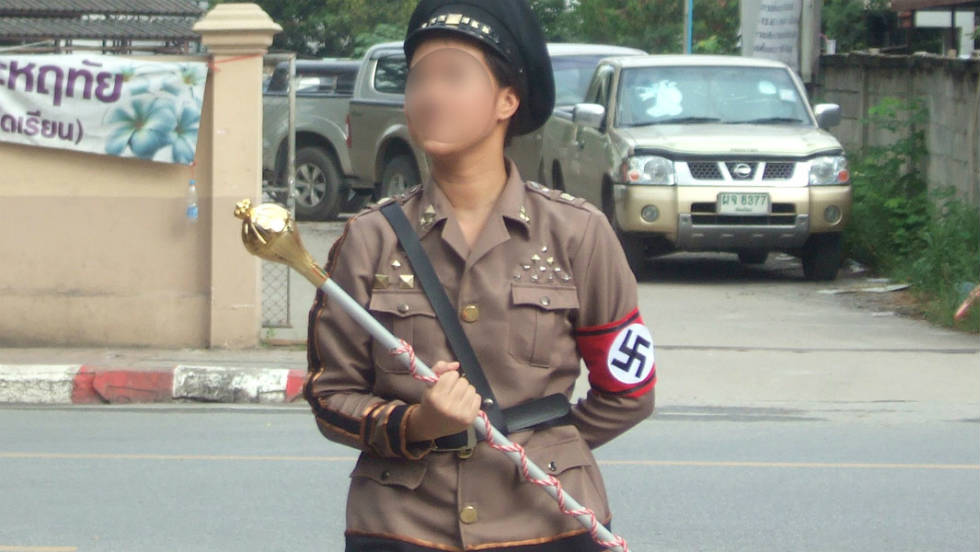 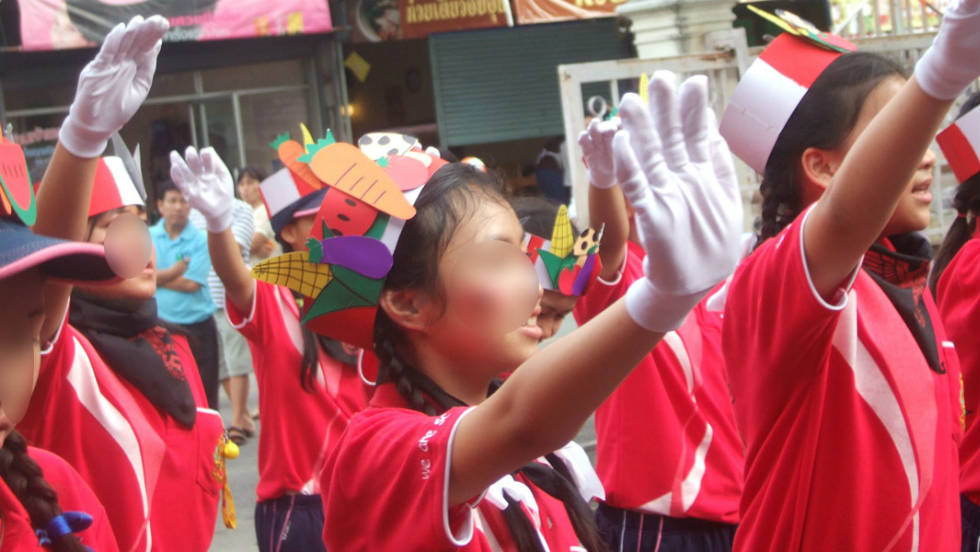 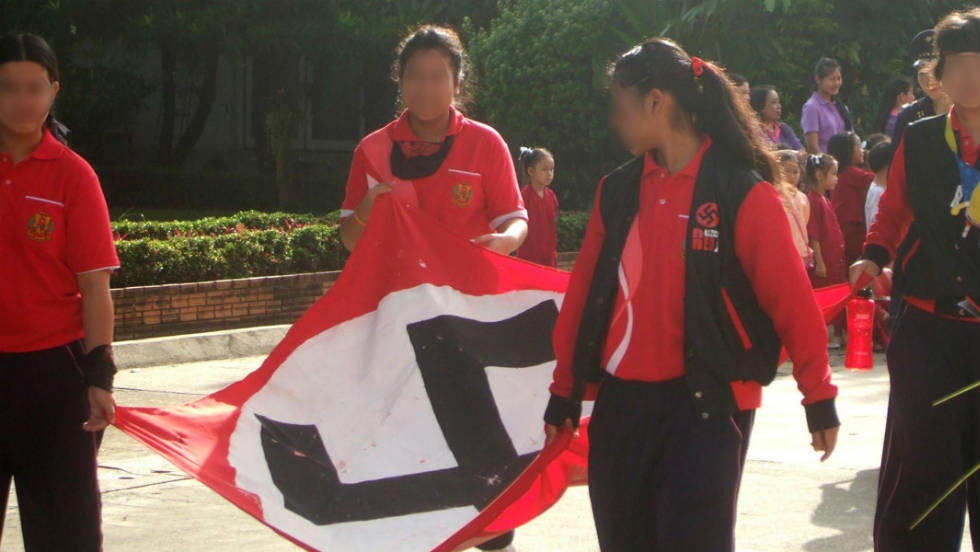 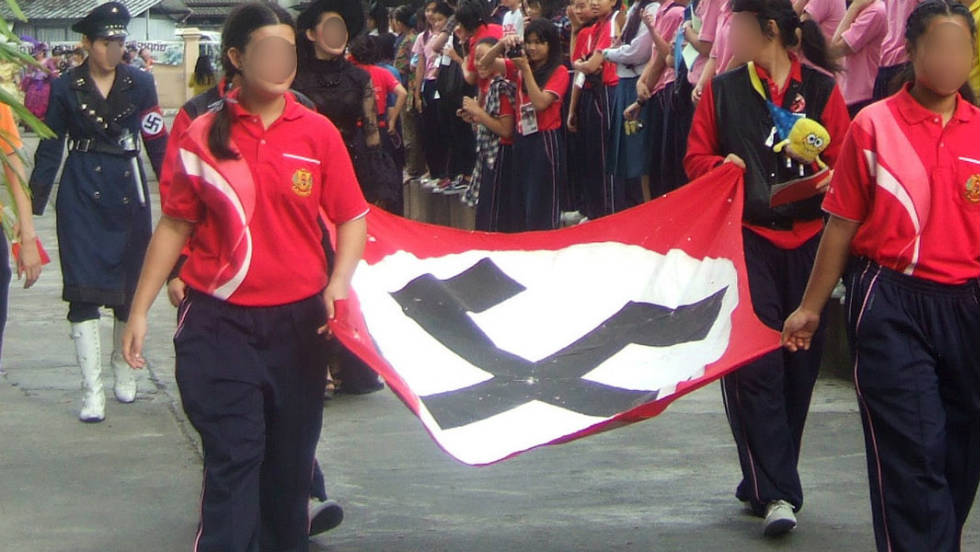 They later explained it was for one group’s theme for a sports day.

Related Items'Nazi-chic': Why dressing up in Nazi uniforms isn't as controversial in Asia - CNN.comasia