Nike reportedly made unreasonable demands for confidentiality agreement before aiding Usadas investigation, but says it has handed over thousands of documents 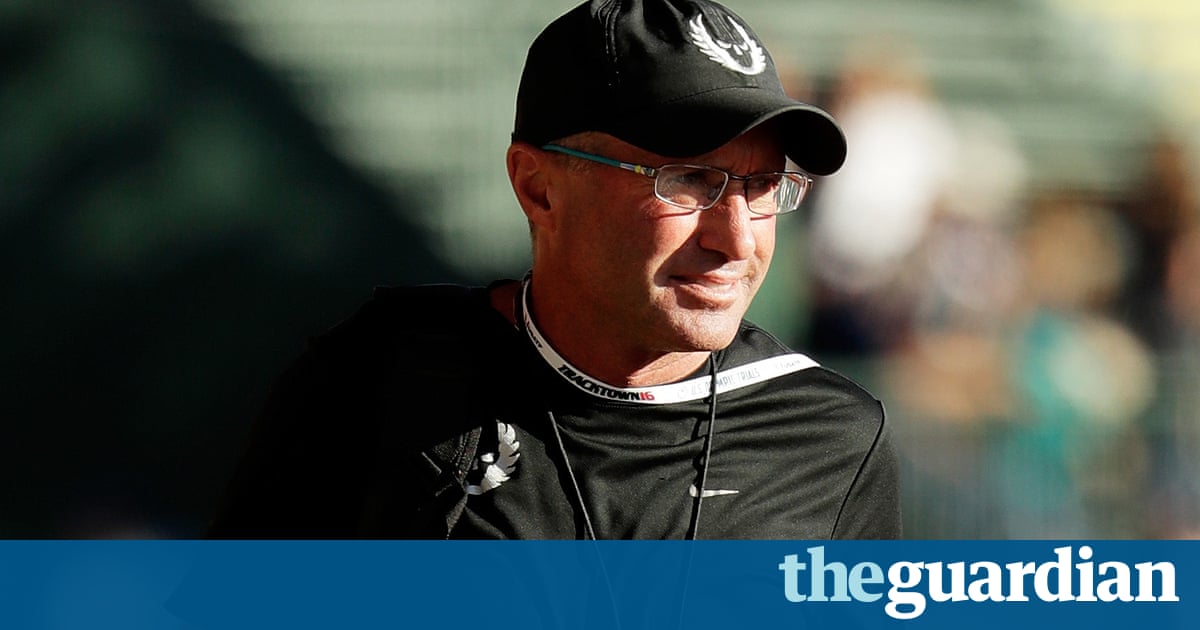 The sportswear giant Nike was accused of hindering a doping investigation into the elite training group run by Mo Farahs coach Alberto Salazar according to fresh revelations from a leaked United States Anti-Doping Agency interim report, it has been claimed.

The latest allegations, based on a leaked Usada report from March 2016, plus hundreds of emails, PDF files and Word documents obtained by the magazine from the Fancy Bears hacker group, have been strongly denied by Nike and the athletes involved. According to the Usada report, Salazar has an obsession with the testosterone levels of his athletes.

However Usada hit a brick wall when it asked the legendary endurance coach for all his notes, documents and emails containing the words testosterone, Testoboost or Testo. He apparently refused, saying they were on the Nike server and belonged to the company. Der Spiegel reports that Nike, when approached by Usada, said that although it was not averse to cooperating it wanted to sign a confidentiality agreement which Usada reportedly considered so restrictive that its lawyer William Bock accused it of making unreasonable demands.

After weeks of negotiations Bock reportedly wrote to Nike on 21January 2016 to say: If accepted, your amendments would give to Nike: 1) Unilateral control over Usadas use of documents already in Usadas possession. 2) The ability to prevent Usada from using documents in a hearing. And 3) The potential capacity to interfere with, delay or impede Usadas investigation in a myriad of ways.

Nike rejected the criticism and has pointed out the company had sent thousands of pages of documents to Usada. A Nike spokesman told the Guardian the company had done so even though Usada has no legal right to request or access the documents and has never informed Nike of the precise nature of its investigation. Nike undertook this effort because it strongly believes in clean sport and does not tolerate the use of performance-enhancing drugs.

The spokesman said Nike has not tried to obstruct Usada and added: Nike requested confidentiality because Usadas requests were so broad and expansive that responding to them would include producing documents that contained sensitive, irrelevant and sometimes very personal information about Oregon Project athletes and others unrelated to Usadas purported investigation.

Two of the Nike Oregon Projects most famous athletes are also referred to in the Usada report, according to the magazine. It claims that on 14January 2016 Usadas science director, Matthew Fedoruk, received an email from his test results division. In it, a Usada employee reportedly noted of a test on Rupp that T/E is elevated compared to athletes previous pattern in samples. The relationship between testosterone and epitestosterone is around 1:1 and when elevated it can be an indicator of possible doping. According to Der Spiegel, Fedoruk ordered further tests, but the outcome of those tests is not known. Rupp, who was tested 14 times last year, denies ever taking testosterone.

Meanwhile, before the Rio Olympics, Usada employees sent internal emails about the hemoglobin value and reticulocyte count in a sample provided by Centrowitz, who was tested 17 times last year. According to Der Spiegel, in one email a Usada scientist wrote that the sample exhibited a suspicious profile and the investigators agreed to test him again in the next week or two. However the emails do not provide any indication of whether that happened, while Centrowitz told Der Spiegel that he was never contacted by Usada and is dedicated to a clean sport.

According to Der Spiegel, Usadas report also says that Salazar banned his athletes from speaking about the vitamins and medications they take, even among themselves but used high levels of vitaminD to try to increase the production of hormones with doses of 50,000 international units well above the recommended dose of 600 international units.

Salazar has consistently strongly denied committing any anti-doping violations and insists that he has always complied with the anti-doping code. In a statement last week he said: I believe in a clean sport and a methodical, dedicated approach to training. The Oregon Project will never permit doping and all Oregon Project athletes are required to comply with the Wada Code and IAAF Rules. I do not use supplements that are banned.

There is no suggestion Farah has done anything wrong and on Saturday he told the Observer that he was more than happy for his blood samples to beretested after claims that Usada wanted them checked for the banned blood-boosting drug EPO.Im not aware of any request, he said. But as Ive said many times, Im happy to be tested any time, anywhere and have any of my samples tested or retested now or at any time in the future, by any official body.