Japanese gaming company reveals new console, which launches with flagship title Zelda: Breath of the Wild, will cost $299.99 in US and 279.99 in UK 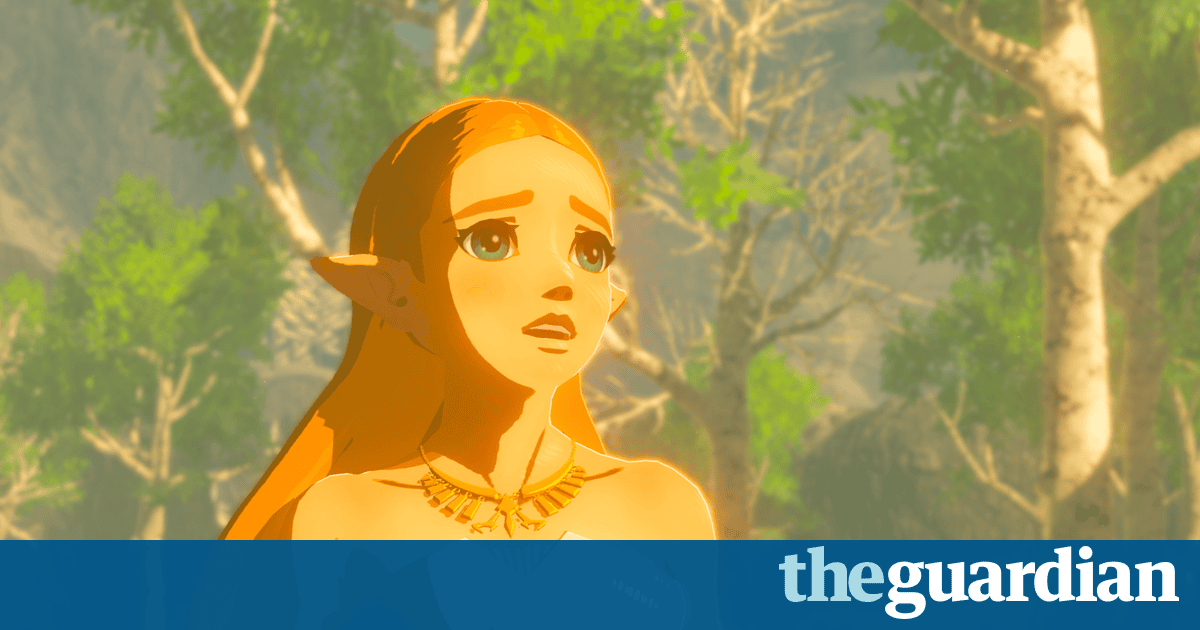 Japanese gaming company Nintendo has unveiled its new Nintendo Switch console at a presentation in Tokyo.

The device, a hybrid that can be used both handheld and with a TV when in a dock, will go on sale on 3 March priced $299.99 in the US and 279.99 in the UK. Other European prices will vary, Nintendo said.

The pricing is higher than had been rumoured and makes the Switch more expensive than rivals Sonys PlayStation 4 and Microsofts Xbox One S.

The new gaming platform wants to do everything at once, executives said, from the old-school fantasy of its flagship launch title, Zelda: Breath of the Wild, to party games played face-to-face rather than in front of a screen.

The Switch inherited all of Nintendos entertainment DNA across the companys broad line of products, said Shinya Takahashi, Nintendos head of software development.

The presentation, which was streamed live, ended with a surprise revelation: the long-delayed Breath of the Wild, originally planned as an exclusive to the Wii U platform, will go on sale with the new console.

The first Mario game for the platform will not debut until later in the year: Super Mario Odyssey, a large Mario sandbox world, in the words of producer Yoshiaki Koizumi, will exile Mario to an unknown world our own. Footage from the game shown at the presentation featured Mario leaping through realistic forests and over yellow taxi cabs. Koizumi also produced the Mario Galaxy franchise for the company.

And Nintendo may be mending fences with third-party developers: Electronic Arts executive Patrick Soderland said the game companys wildly popular Fifa football franchise would return to the Switch after years of refusing to make versions of its games for the Wii U. The hugely popular building game Minecraft will also be coming to the Switch, its makers confirmed

Nintendo is also rolling back its digital rights-management protections slightly: the company will not region-lock its games, Kimishima told the audience, meaning that Switch games will be playable whether or not they were purchased in the same country as the console itself.

The company merged its living-room console and handheld device divisions to create the Switch: the machine has a built-in screen so it can function as a tablet-sized handheld gaming device, but it also plugs into a dock attached to a television. Its single complex controller splits into two simpler controllers for in-person multiplayer.

Nintendo has doubled down on its non-standard hardware design largely in the service of keeping users off the couch. Kouichi Kawamoto, general hardware director for Nintendo, introduced a game called 1, 2 Switch similar to the simple, sometimes acrobatic Wii Sports games that came with the companys original Wii system. Players quick-draw their controllers like gunslingers in a western or battle with swords, among other activities. 1, 2 Switch isnt a game you play facing the screen, it is a game that is primarily played through face-to-face interaction, Kawamoto said. The executive suggested bringing the game to parties and called it an icebreaker for all kinds of fun communication.

A new online multiplayer service debuts with the Switch, but like competitors Sony and Xbox, Nintendos service will be subscriber-only by the end of the year, with a grace period of a few months for early adopters.

Among other new game announcements:

Is Nintendos Switch hybrid console the future of gaming?