North Dakota pipeline protesters pushed back from site after 117 arrested 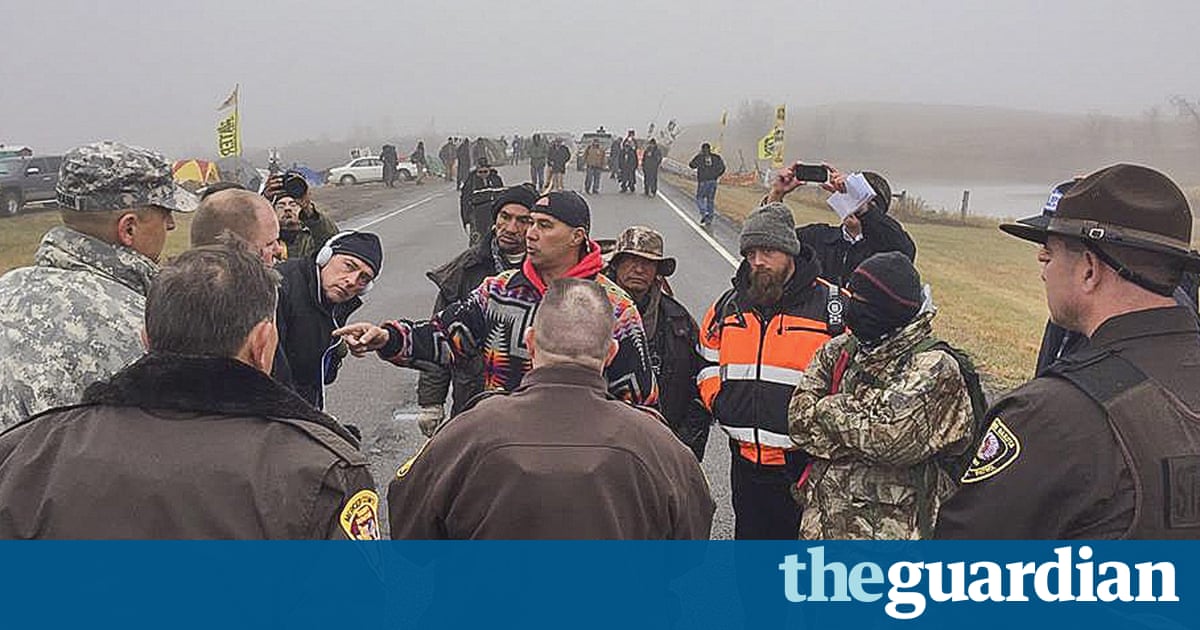 The move marked the beginning of an aggressive new phase in ongoing police efforts to thwart a months-long demonstration by hundreds of members of more than 90 Native American tribes to prevent the construction of the controversial Dakota Access pipeline, which they say would threaten the regional water supply and destroy sacred sites.

Clashes between Morton County law enforcement and protesters escalated on Thursday during a tense all-day standoff, as police pushed protesters off the private land where the pipeline is slated for construction, forcing activists to retreat back to the camps that have sprung up since the protest began in April.

Activists vowed to continue fighting the project after the arrests. More activists were in custody but had yet to be processed, Morton County sheriff Kyle Kirchmeier said in a press conference.

Officials claimed that activists lit pipeline equipment on fire, and set up illegal and dangerous roadblocks, forcing police to close in on the demonstration, deploy pepper spray and arrest activists who failed to comply with orders.

However, Rose Stiffarm, a cinematographer and member of six Native American nations including the Chippewa Cree, told the Guardian that the police response on Thursday was unnecessarily harsh. The government is attacking us for protesting, for protecting the water.

She said police were deploying tear gas something Kirchmeier denied and said they were targeting press.

We are innocent people women, children and elders, she said.