Obama aide: Trump should ‘reach out’ to Democrats boycotting inauguration

Twenty-three House Democrats plan to sit out Trumps swearing-in, including John Lewis, who the president-elect attacked over Russian hacking scandal 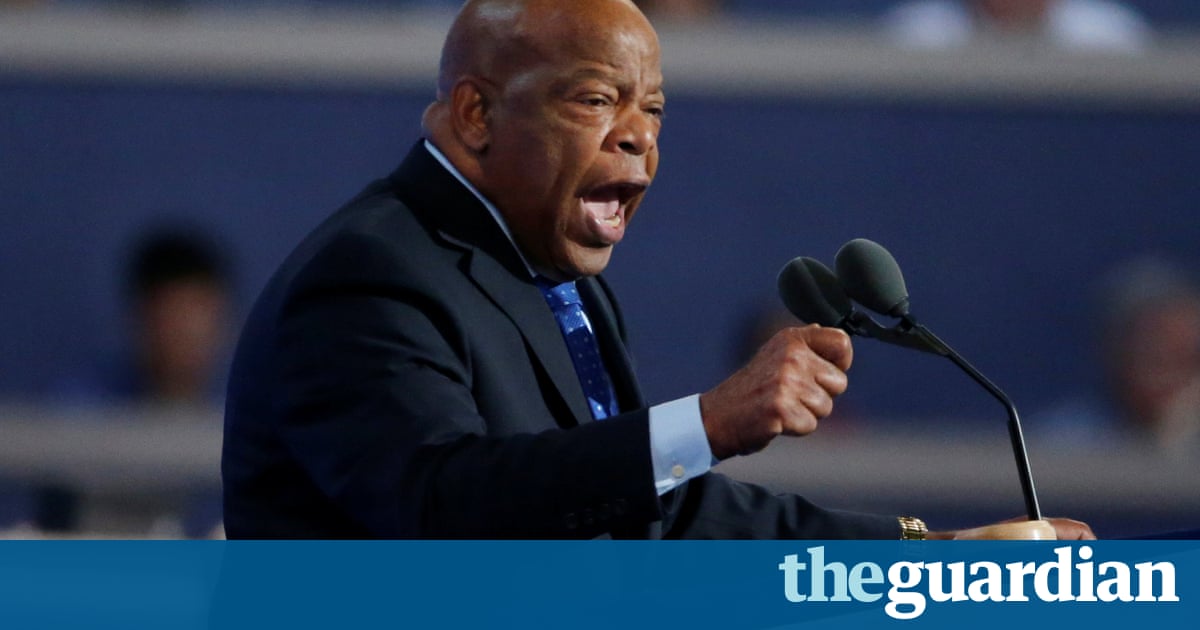 The Obama administration has urged incoming US president Donald Trump to reach out to the growing faction of House Democrats who have pledged to boycott the presidential inauguration, as some representatives question Trumps legitimacy, citing the Russian hacking scandal that continues to plague the transition.

Twenty-three House Democrats, including civil rights leader John Lewis and John Conyers, the longest serving congressman currently in office, have said they will not attend Fridays inauguration, marking a significant break from the tradition of witnessing the peaceful transition of power.

Georgia congressman Lewis, who was arrested numerous times in the 1960s civil rights campaigns and was beaten during the historic march over the Edmund Pettus bridge in Selma, Alabama in 1965, said on Friday he would not attend the ceremony due to concerns over Russian interference in the 2016 election.

I dont see this president-elect as a legitimate president, Lewis told NBCs Meet the Press, citing a consensus in the US intelligence community that Russian hackers infiltrated the emails of a top Clinton aide and leaked thousands of embarrassing documents to destabilise the election.

I think the Russians participated in helping this man get elected, and they helped destroy the candidacy of Hillary Clinton.

Over the weekend, which marked the start of the Martin Luther King Jr Day public holiday, the president-elect used Twitter to lambast the 76-year-old African American, whom he said should spend more time fixing and helping his district, which is in horrible shape and falling apart (not to mention crime infested) rather than falsely complaining about the election results.

Despite a slight uptick in 2015, the national crime rate has descended to historic lows under the Obama administration. Lewis congressional district in Atlanta includes several wealthy neighborhoods, the Centers for Disease Control and Prevention, the Hartsfield-Jackson airport and a major hub for computer science, the Georgia Institute of Technology.

On Sunday, White House chief of staff Denis McDonough told CNNs State of the Union Lewiss concerns were by no means trivial but argued Obama believed that Trump was the freely elected president.

My hope would be that the president-elect would reach out to somebody as consequential as somebody who is such a leader as John Lewis, McDonough said.

Democrat senator Bernie Sanders, who challenged Hillary Clinton for the partys presidential nomination in 2016, stopped short of branding Trumps presidency illegitimate, despite acknowledging his great concerns about Russian interference in the election.

Do I think Russians supported him? Do I think they tried to get him elected? Do I think it worked against Clinton? I do. And that is something that has to be investigated. Sanders told ABC News on Sunday, adding that describing Trump as illegitimate would be just words.

On Friday the senate intelligence committee said it planned to question senior figures in the incoming Trump administration as part of an inquiry into Russian hacking during the election.

Vice-president-elect Mike Pence indicated on Sunday that such an act of reconciliation between Trump and Lewis would be unlikely, telling Fox News he was deeply disappointed by Lewiss comments.

The anger was mirrored by Trumps pick for chief of staff, Reince Priebus, who branded the remarks as incredibly disappointing and irresponsible during an interview with ABC news on Sunday.

Lewis too seemed not to be in conciliatory mood, telling NBC that if Trump were to ask him to work with him, I would say, Mr President, Mr Trump, its going to be hard. Its going to be tough.

Pence also offered the frankest denial yet of any contact between the Trump campaign and Russian authorities during the election, as was described in an explosive but unverified dossier authored by a former MI6 agent and published by BuzzFeed earlier in the week.

Pressed repeatedly, Pence eventually said: Of course not, why would there be any contacts between the campaign?

He added: This is all a distraction, and its all part of a narrative to delegitimize the election. The American people see right through it.

Pence had earlier caveated his response by stating he had only been part of the Trump campaign since July last year.

I joined this campaign in the summer and I can tell you that all the contact by the Trump campaign and associates was with the American people, he said.

The former Indiana governor also denied that phone calls between Trumps incoming national security adviser Mike Flynn and Russian ambassador to the US Sergey Kislyak, involved discussions related to President Obamas sanctions against the Russian regime in response its interference in the election.

I talked to General Flynn yesterday, and the conversations that took place at that time were not in any way related to new US sanctions against Russia and the expulsion of diplomats, Pence said.

Pence did not address reports suggesting that Trumps first foreign visit as president would be to Iceland for a summit with Russian president Vladimir Putin, who, the intelligence agencies said, approved the hacking operation.

Simon
← Previous Story 17 Brutal Truths You Need To Accept If You Want To Lead A Happier Life
Next Story → Is it time for embryo research rules to be changed? – BBC News