Obama promises retaliation against Russia over hacking during US election

Outgoing president says US will respond to cyberattacks by Moscow at a time and place of our choosing, as Donald Trump rejects reports of interference 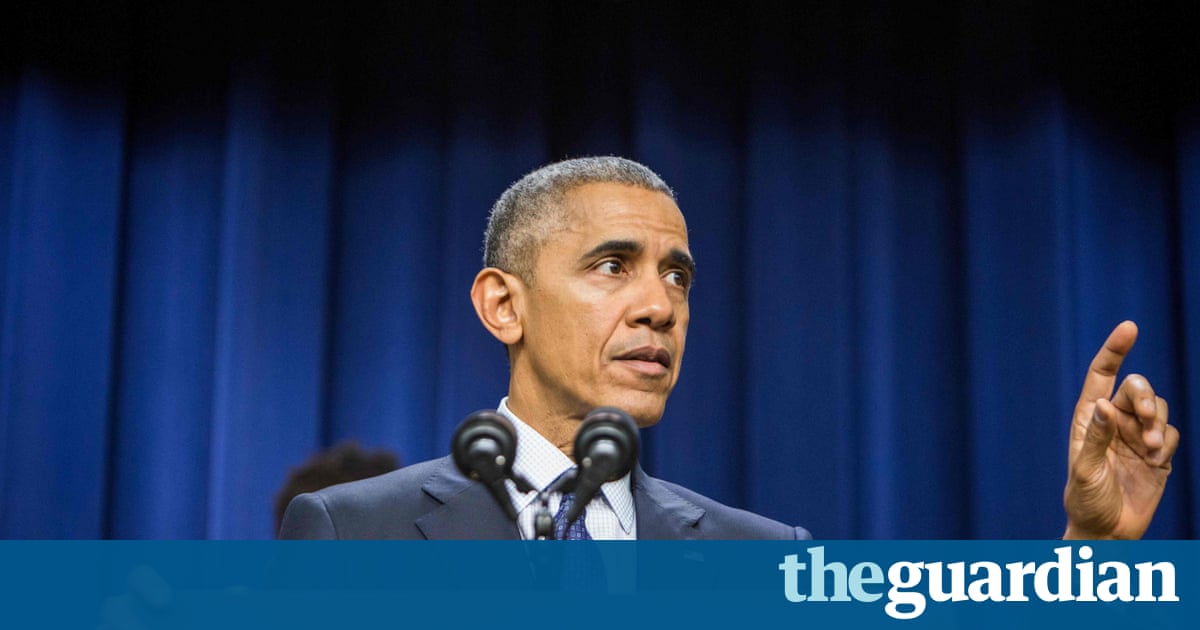 Barack Obama has warned that the US will retaliate for Russian cyberattacks during the presidential election.

According to extracts of an interview due to air on National Public Radio on Friday morning, the US president said he was waiting for a final report he has ordered into a range of Russian hacking attacks, but promised there would be a response.

I think there is no doubt that when any foreign government tries to impact the integrity of our elections we need to take action, Obama said. And we will at a time and place of our own choosing.

The CIA has judged that the Russian cyber attacks, including the hacking of emails from the Democratic National Committee, were intended to influence the election in Donald Trumps favour. The FBI agrees that there was Russian hacking but has not as yet concluded it was intended to favour the Republican contender.

Senators from both parties have called for a congressional enquiry, while Trump himself has rejected the reports and his office has derided the CIA.

The president-elect weighed in on Twitter to ask: If Russia, or some other entity, was hacking, why did the White House wait so long to act? Why did they only complain after Hillary lost?

In fact, the intelligence community had issued its statement on 7 October, a full month before polling day.

Obama said he would reserve judgment on Moscows intentions pending a final report but he said the impact of the intervention was clear. The debate over motivation, he said does not in any way, I think, detract from the basic point that everyone during the election perceived accurately that in fact what the Russian hack had done was create more problems for the Clinton campaign than it had for the Trump campaign.

He added: Theres no doubt that it contributed to an atmosphere in which the only focus for weeks at a time, months at a time were Hillarys emails, the Clinton Foundation, political gossip surrounding the DNC.

The president did not attempt to gauge the full impact of the intervention, but insisted it had had an effect.

Elections can always turn out differently, he said. You never know which factors are going to make a difference. But I have no doubt that it had some impact, just based on the coverage.

In the NPR interview, Obama expressed incredulity at Republican party support for Trumps foreign policy positions, which have been uniformly supportive of Russian president Vladimir Putin.

This is somebody, the former head of the KGB, who is responsible for crushing democracy in Russia, muzzling the press, throwing political dissidents in jail, countering American efforts to expand freedom at every turn; is currently making decisions thats leading to a slaughter in Syria, the outgoing president said.

And a big chunk of the Republican Party, which prided itself during the Reagan era and for decades that followed as being the bulwark against Russian influence, now suddenly is embracing him.

Earlier on Thursday, the White House went its furthest yet in joining the dots between Trump and Putin.

Press secretary Josh Earnest pointed reporters to a unanimous statement from all 17 intelligence agencies, issued in October, that found only Russias senior-most officials could have authorized these activities.

The press secretary said that in his personal view, that sentence was not intended to be subtle, adding that it was pretty obvious that they were referring to the senior-most government official in Russia.

Ben Rhodes, Obamas deputy national security adviser for strategic communications, agreed. I dont think things happen in the Russian government of this consequence without Vladimir Putin knowing about it, he told MSNBC.

But Russian foreign minister Sergei Lavrov told state TV channel Rossiya-24 he was dumbstruck by the reports of Putins alleged involvement. I think this is just silly, and the futility of the attempt to convince somebody of this is absolutely obvious, he said.

The White House said Obama would hold a press conference in Washington on Friday at 2.15pm ET (7.15pm GMT) before leaving for his annual family vacation in Hawaii.