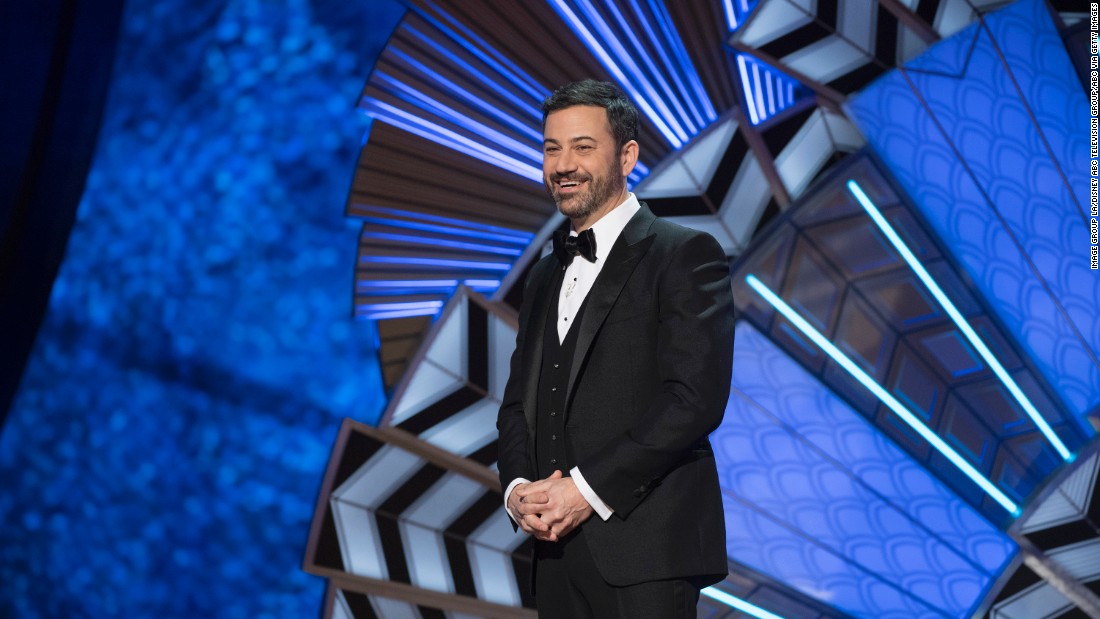 (CNN)For an Oscars expected to be awash in politics, an upset finish felt somewhat appropriate. Yet the bizarre mix-up that capped off the Academy Awards — with “La La Land” being announced as best picture, before it was revealed that “Moonlight” actually won — was one for the ages.

Historians will chew over the snafu, as well as how all the conventional wisdom about “La La Land’s” march to victory turned out to be wrong. If President Trump wanted to claim a small victory from an evening that saw plenty of jokes at his expense, it’s another jarring reminder that agreed-upon media narratives don’t always pan out as planned.
Those anticipating a sweeping tide of political speeches needn’t have worried, at least for the first 90 minutes or so. After that, the centerpiece of an awards season punctuated by politics repeatedly addressed the current moment, albeit mostly in sporadic flashes.
Part of that had to do with the evening’s structure, as well as its host, Jimmy Kimmel. ABC was playing it safe and promoting its own late-night star, but in hindsight, Kimmel proved a helpful choice given the polarized climate. He brought a light touch to his satire — acknowledging partisan division and poking at Trump without seeming mean-spirited — and an overall silliness to the proceedings.
That peaked and was indeed encapsulated by a clever stunt that — like the show itself, almost inevitably — dragged on too long, as the producers surprised a group of tourists, bringing them into the theater to rub elbows with the stars.
Kimmel’s most amusing gag might have been the tribute in his opening monologue to Meryl Streep, who Trump dubbed “overrated” after her Golden Globes speech. Kimmel had Streep rise for a standing ovation, recognizing the 20 nominations she has amassed by “phoning it in” over the years.
Beyond that, the Academy Awards provided the usual mixed bag, yielding several fun and emotional moments — much of which is likely to be erased in people’s memories by the peculiar finish.
Notably, the awards frequently celebrated the increasingly global nature of entertainment, and stars from outside the U.S. delivered some of the most pointed political rejoinders.
The highlight was Iran’s “The Salesman” winning foreign-language film, despite (or perhaps in part because of) the decision by its director, Asghar Farhadi, to boycott the awards as a protest against the Trump administration’s travel ban. In a statement read during the telecast, he called the policy “inhumane.”
Gael Garcia Bernal deviated from his presenting duties to decry Trump’s plans to build a wall along the U.S.’ southern border, saying that as a Mexican, “I am against any kind of wall that wants to separate us.”
Similarly, Mark Rylance offered an understated comment about the need for “opposing without hatred.” For his part, Kimmel wryly noted that the show was being watched in the U.S., as well as “more than 225 countries that now hate us.”
It was not, as some might have expected, the denunciation of Trump that has occurred in other showcases. Yet in their totality the acceptance speeches reflected Hollywood’s progressive tilt. Even the makers of the animated “Zootopia” pointed to its message being a plea for tolerance over “fear of the other.”
The second half saw “La La Land” gradually begin piling up wins in its presumptive march toward best picture, which only made the final twist more shocking. Until then, most major categories had largely followed the script.
Like most Academy Awards, this one sought to celebrate the industry’s past while embracing its present. Bringing younger stars together with older ones who had inspired them, and teeing up acting categories with montages of past winners, reinforced that aspect.
Although the producers had talked about rigidly imposing time constraints, the night dragged on, running well over 3 hours. Given that, it would have been advisable to devote less time to the most overdone gag, Kimmel’s faux feud with Matt Damon, and skip an Oscar edition of his late-night feature “Mean tweets.”
The memorable moments ranged from an appearance by 98-year-old Katherine Johnson — the NASA scientist whose story is at the heart of the movie “Hidden Figures” — to 16-year-old Auli’i Cravalho letting out a sigh after belting out the nominated song from “Moana.”
As is so often the case with the Oscars, it was that sort of evening — with a step back for every step forward — all leading up to one giant pratfall.
Kimmel kept Trump in the conversation throughout the evening, which included joking about him criticizing the show, tweeting, “Hey @realDonaldTrump u up?”
Whether or not the president actually tuned in, the awards contained enough highs to be worth staying up late, if only to see the latest ending that, in its details, nobody could have predicted.