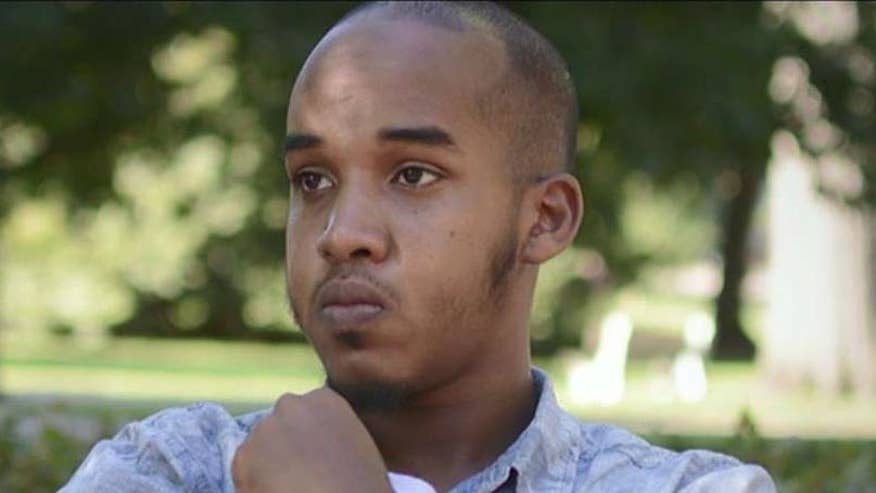 The Coca-Cola: Not So Silent Nights ad on YouTube encouraging revelers to enjoy a Coke during the holidays was a joyous sign of the festive season until it ended and a dark message from Anwar al-Awlaki emerged.

Al-Awlaki, an American-born radical Islamic cleric killed in a drone strike in Yemen five years ago, is credited with radicalizing a new generation of terrorists, reportedly including Abdul Razak Ali Artan, the Somali immigrant behind Mondays attack at The Ohio State University.

Critics say it is bad enough that YouTube cant keep the terrorist messages off its site, but its system of randomly and automatically placing ads for companies such as Coca-Cola, Frito-Lay and MasterCard on the videos means YouTube actually profits from the chilling clips.

Al-Awlaki has 352 videos on YouTube, and other radical messengers have countless more, according to Eric Feinberg of GIPEC Worldwide, an Internet intelligence agency that scours the web for dubious material and works with law enforcement and intelligence communities to protect the public.

And most of those hateful videos are preceded by ads from American companies, he said.

Google (YouTubes parent company) is not vetting its content, and companies are unknowingly supporting Islamic radicals, Feinberg said. So long as YouTube and Google fail to address the issue, he said, the companies only recourse is to pull or boycott advertising on Google, You Tube and other social media platforms until they do.The impact of these terrorist videos is well documented, and they and the ads that precede them receive a staggering number of views:

YouTube sells advertising space on videos posted to its channels. The ads are automatically distributed onto the millions of videos posted on YouTube channels. While the Internet giant shares revenues with hosts of its most popular channels, terrorists are interested in getting their message out, not a cut of ad profits. YouTube takes down incendiary content when it comes onto its policing radar. But not all of Al-Awlakis videos explicitly advocate violence, and with millions of videos uploaded daily, YouTubes task of finding ones that do is a complicated process.

“YouTube has clear policies prohibiting terrorist recruitment and content intending to incite violence, and we quickly remove videos violating these policies when flagged by our users, a company spokesperson said. We also have stringent advertising guidelines and work to prevent ads appearing against any video, channel or page once we determine that the content is not appropriate for our advertising partners.

The mere name of Al-Awlaki should merit getting a video banned from YouTube, according to Feinberg. In 2010, the U.S. Treasury Department designated al Awlaki a terrorist and explained in detail the charismatic imams role in radicalizing new terrorists.

He has involved himself in every aspect of the supply chain of terrorism fundraising for terrorist groups, recruiting and training operatives, and planning and ordering attacks on innocents, said Stuart Levey, then undersecretary for Terrorism and Financial Intelligence.

The ad placement problem has come up before. In September, an American Pride ad for Donald Trump was placed beside a video that appeared to be a veneration of imprisoned jihadis.

Companies may not realize that advertising with YouTube could create such unlikely and undesirable pairings. Coca-Cola, on its website, boasts that its ads have been viewed 8,624,617 times on YouTube.

Moore said Coca-Colas digital marketing department has guidelines and filters in place to prevent its ads from preceding objectionable content. Yet, its ads are still being placed ahead of al-Awlakis videos.

In June, the family of 23-year-old Nohemi Gonzalez, an American killed  in the November, 2015, Paris terrorist attack, filed a lawsuit in U.S. District Court accusing social media sites like Google, Facebook and Twitter of not only supporting Islamic radicalization, but of profiting from the ads placed with the videos.

Keith Altman, an attorney for the Gonzalez family, says placing offensive or inflammatory videos with advertisers on social media could shine an unflattering light on well-known companies.

I expect these companies dont realize their ads are on these radicalizing videos, he said. Advertisers should be asking the social media outlets, Where are my ads showing up?

Altman believes corporations should be more actively involved in where their ads appear on social media.

Feinberg said Google and the advertisers have a moral and professional obligation to address these radical Islamic videos immediately. He says the task is not as daunting as they are leading the public to believe.

Google and other social media companies that have multibillion-dollar valuations are relying on free labor of their members to notify them of these horrific videos and posts, Feinberg said.