Our democracy is broken, debased and distrusted but there are ways to fix it | George Monbiot

Trump and Brexit are responses to a political system thats imploding. But could a radical redesign wrest it from the liars? 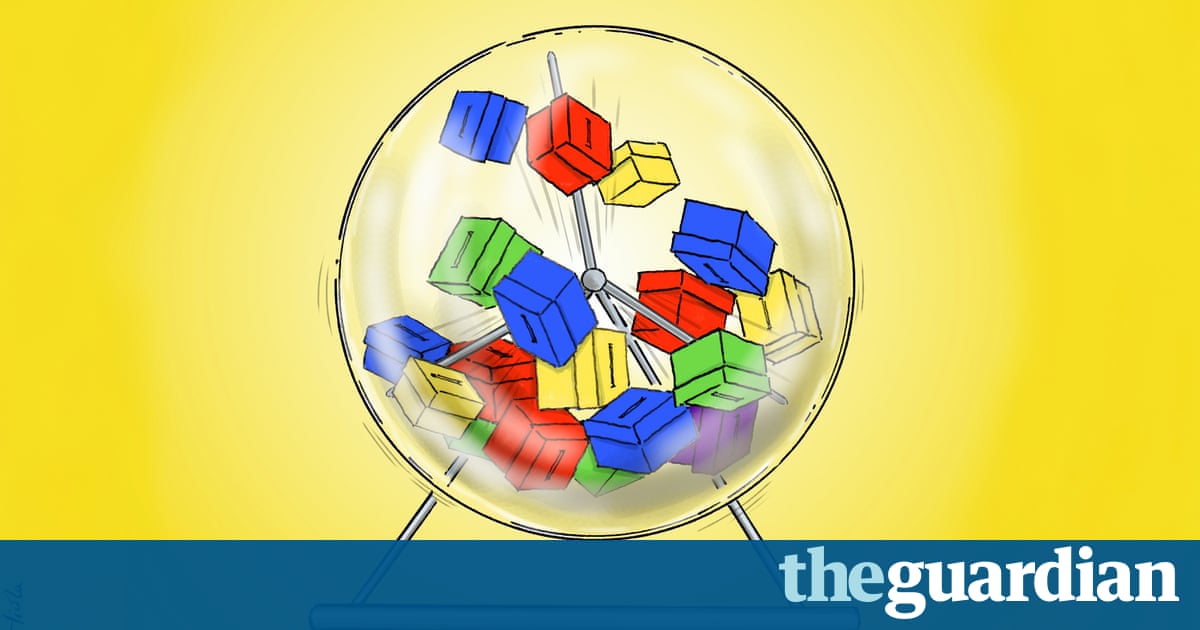 Debased and de-based: thats the condition of our political systems. Corrupted, they no longer fulfil their democratic potential. They have also lost their base: the politically engaged population from which democracy is supposed to grow. The sense of ownership has been eroded to such an extent that, for millions of Americans, Donald Trump appeared to be the best the system had to offer.

I dont blame people for voting for him, or for Brexit: these are responses toa twisted, distrusted system. Elections captured by money, lobbyists and the media; policy convergence among the major parties, crushing real choice; the hollowing out of parliaments and other political institutions and the transfer of their powers to unaccountable bodies: these are a perfect formula for disenfranchisement and disillusion. The global rise of demagogues and outright liars suggests that a system nominally built on consent and participation is imploding.

So could we do better? Could a straighter system be fashioned from the crooked timber of humanity? This is the second of my occasional series on possible solutions to the multiple crises we confront. It explores some of the means by which democracy may be improved. Over the past few months, Ive read dozens of proposals, some transparently awful, others pretty good.The overall result so far is this: there is no magic formula, no single plan that could solve our democratic problems without creating worse ones. But there are plenty of ideas, just a few of which I will mention, that could enhance our politics.

The first necessary shift is a radical reform of campaign finance (political funding). The power of money in politics poisons everything literally in some cases. In my column last week, I mentioned the pollution paradox: the dirtiest companies must spend the most on politics if they are not to be regulated out of existence, so politics comes to be dominated by the dirtiest companies. It applies across the board. Banks designing dodgy financial instruments; pharmaceutical companies selling outdated drugs; gambling companies seeking to stifle controls; food companies selling obesogenic junk; retail companies exploiting their workers; accountants designing tax-avoidance packages: all have an enhanced incentive to buy political space, as all, in a fair system, would find themselves under pressure. The system buckles to accommodate their demands.

My proposal for reforming campaign finance is brutally simple. Every party would be entitled to charge the same small fee for membership (perhaps 50 or $50), which would then be matched by the state, with a fixed multiple. Any other political funding, direct or indirect, would be illegal. This would also force parties to re-engage with voters. Too expensive? Not in the least. The corruption of our politics by private money costs us hundreds of times more than a funding system for which we would pay directly. That corruption has led to financial crises caused by politicians failure to regulate the banks, environmental crises caused by the political power of the dirtiest companies, and lucrative contracts for political funders; and overcharging by well-connected drugs companies.

The next crucial reform is to help voters make informed choices. Germany provides a brilliant example of how this could be done: its federal agency for civic education publishes authoritative but accessible guides to the key political issues, organises film and theatre festivals, study tours and competitions, and tries to engage with groups that turn their backs on democratic politics. It is trusted and consulted by millions.

Switzerland offers the best example of the next step: its Smartvote system presents a list of policy choices with which you can agree or disagree, then compares your answers with the policies of the parties and candidates contesting the election. It produces a graphic showing whose position most closely matches your interests. There is some excellent civic technology produced by voluntary groups elsewhere (such as Democracy Club, Crowdpac and mySociety in the UK). But without the funding and capacity of the state, it struggles to reach people who are not already well informed.

Once these reforms are in place, the next step is to change the architecture. As both US presidential elections (distorted by the electoral college system) and UK general elections (allowing a minority of the electorate to dictate to the majority) suggest, this should start with a switch to proportional representation. Ideally, in parliamentary elections this would mix the national with the local by retaining constituency links, such as the single transferable vote or the additional member system.

There are plenty of proposals to replace representative democracy with either sortition (randomly selecting delegates) or direct democracy (referendums and citizens initiatives). Such systems might have worked well in small city states with a limited franchise (sortition was used in ancient Athens and medieval Venice and Florence). But in populations as large and complex as ours, these proposals are a formula for disaster. Its hard to see how we can escape the need for professional, full-time politicians. (Perhaps, in a fair and accountable system, we could learn to love them.)

But I believe that both approaches could be used to temper representative democracy. Sortition can be seen as political jury service, in which citizens chosen by lot are presented with expert testimony then asked to make a decision. As an advisory tool, it could keep representative politics grounded in the real world. It could be used to create constitutional conventions, at which proposals for better political systems are thrashed out. There might even be some virtue in the idea of a second parliamentary chamber (such as the House of Lords or the US Senate) being chosen by lot.

But we should be aware of the dangers. The Westminster governments first experiment with citizens juries (Gordon Browns attempt to determine whether doctors surgeries should be replaced with giant clinics) was corrupted from birth. Jurors were hand-picked and presented with one-sided evidence, then the results were buried when they came out wrong. No system is immune to fraud.

Once political funding has been reformed, ballot initiatives of the kind widely used in US states if you gather enough signatures you can demand a vote become a powerful political instrument, enabling people to propose legislation without waiting for their representatives (without reform they are another means by which billionaires rig the system). Referendums on huge questions, such as our membership of the EU, suffer from an imbalance between the complexity of the issue and the simplicity of the tool: they demand impossible levels of political knowledge. But for certain simple, especially local, issues should a new road be built?, should a tower block be demolished? they can, if carefully designed, enhance political transparency.

Also at the local level, a method called sociocracy could enhance democracy. This is a system designed to produce inclusive but unanimous decisions, by encouraging members of a group to keep objecting to a proposal until, between them, they produce an answer all of them can live with. A version designed by the Endenburg Electronics firm in the Netherlands is widely used in companies and cooperatives. Its not hard to see it producing better decisions than the average local authority meeting. But it is difficult to imagine how it could be scaled up without losing intelligibility.

Making any of this happen well, theres the challenge. Ill pick it up infuture columns. But change happenswhen we decide what we want,rather than what we think we might get. Is a functioning democracy an outrageous demand?