Roast potatoes and toast that’s a bit too brown may cause cancer, say authorities

Others staples such as well-roasted potatoes and crisps can contain acrylamide, a harmful chemical formed at high temperatures, says British food watchdog 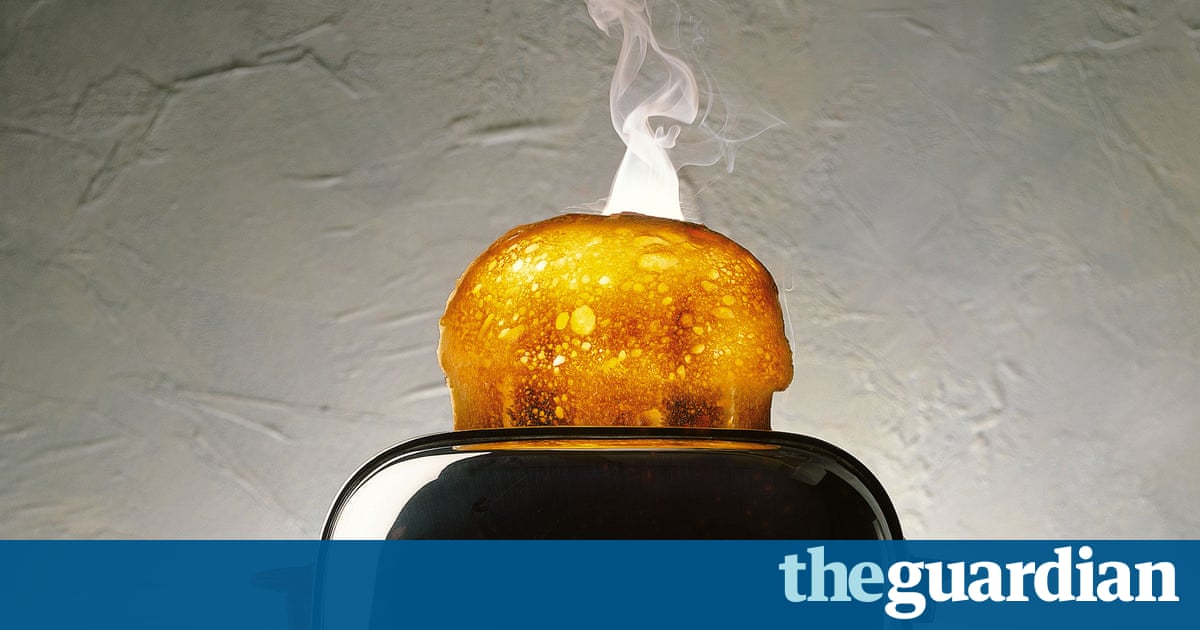 Eating crisps, well-browned roast potatoes and toast that is more than lightly grilled can increase the risk of cancer, according to a public health campaign urging people to change their eating and cooking habits.

The Food Standards Agency (FSA) says people are consuming too much acrylamide, a chemical produced naturally as a result of cooking starchy foods at high temperatures.

Acrylamide has been shown to cause cancer in animals and while it has not been conclusively produced to have the same effect in humans, the scientific consensus is that it is likely to do so.

The FSA insists that it does not want to scare anyone and would not describe the risk as significant but nevertheless said it is one that most people can readily reduce.

FSA director of policy Steve Wearne said: You cant point to individual people and say that person has cancer because of the amount of acrylamide in their diet but because the mechanisms by which it does have this effect in animals are similar to the mechanisms you would expect to occur in humans its not something we can ignore.

Were not saying avoid particular foods or groups of foods but vary your diet so you smooth out your risk. We are not saying to people to worry about the occasional piece of food or meal thats overcooked. This is about managing risk across your lifetime.

The warning relates to foods that are high in starch, with potatoes, including sweet potatoes, the biggest staple affected. But it also covers other root vegetables, crackers, cereals, including cereal-based baby food, bread, biscuits and coffee. There is no safe threshold defined in humans but the FSA says research suggests people in all age groups are eating more than its experts are comfortable with and are unaware of the risks.

Cath Mulholland, a senior adviser at the FSA, said: If youre living on crisps, burnt toast, whatever, thats going to be more risky than a healthy diet. Its not a high level of risk but its higher than is comfortable.

The FSAs Go for Gold campaign recommends aiming for a golden yellow colour or lighter when frying, baking, toasting or roasting starch foods. Wearne said that boiling, steaming or microwaving could limit browning and reduce levels of acrylamide. People are also being advised to eat a varied diet, carefully follow cooking instructions and not to keep raw potatoes in the fridge if they intend to roast or fry them as this can increase acrylamide levels. Instead, raw potatoes should be stored in a dark, cool temperature above 6C.

The potentially carcinogenic nature of acrylamide in food was first highlighted by a Swedish study in 2002. It differs from warnings relating to barbecuing meat, which are concerned with another substance called benzopyrene.

The FSA says it has been working with the food industry, including processed food manufacturers and restaurateurs, for a decade to reduce acrylamide where possible.

The Food and Drink Federationschief scientific officer, Helen Munday, said: Although acrylamide cant be completely eliminated in any kitchen, UK food manufacturers have been working with supply chain partners, regulators and other bodies, at home and abroad, to reduce its formation for a number of years.

Manufacturers also provide clear instructions on-pack for consumers and catering customers to follow when cooking foods at home or in commercial kitchens.

There are no regulatory maximum limits for acrylamide in food. In 2016 plans for a legal limit were dropped by the European commission days after lobbying by industry.