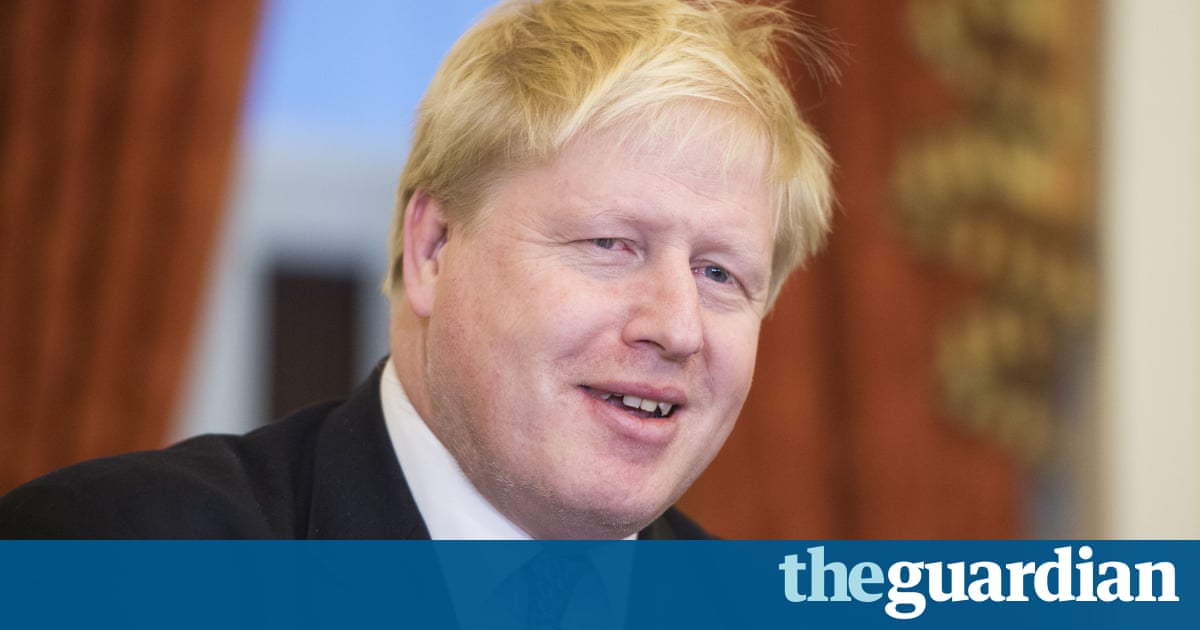 The Russian embassy in London has accused the Foreign Office of preparing to mount a witch-hunt against Moscow in the wake of allegations by the UK foreign secretary, Boris Johnson, that Russia has been up to all sorts of tricks.

Johnson had claimed that the Kremlin was behind the hack of the Democratic campaign headquarters computer during the US presidential race, the first time that the UK has confirmed US intelligence reports linking the hacks to Russia.

In a lengthy statement, the Russian embassy claimed the coming attacks on the Russians by the British were partly due to the countrys role in negotiating a ceasefire in Syria and its role in convening peace talks.

Accusing the British of trying to brief the incoming US administration against Russia, the embassy claimed the attacks were either designed to lead to a re-run of the EU referendum, or to save the EU project now under attack from angry electorates.

The embassy claimed: Western elites will go to great lengths to save their own world with its Washington consensus, Davos and austerity, even if it does no longer benefit anybody else. Its demise is presented as the end of the world, another twilight of Europe. This panic and hysterics is a response to the overall loss of control, which brought about war a hundred years ago. It is also a loss of control over the public debate, exercised by way of the Orwellian newspeak of political correctness.

The embassy statement targeted the former MI6 Director, Sir Richard Dearlove, for backing the witch-hunt saying he knew as nobody else, most of the damage to America and its place in the world was done by the George W Bush administration. No foreign agents could have accomplished that much.

UK intelligence agencies are understood to have been the first to alert their US counterparts to the evidence showing a link between the Democratic National Committee hacks and Moscow.

Speaking in the Commons on Tuesday, Johnson told MPs it was pretty clear the hacking attack had come from Russia. He said he had told the incoming US administration: We do think the Russian state the Putin Kremlin is up to all sorts of very dirty tricks, but it would be folly further to demonise Russia or to push Russia into a corner.

A twin-track policy of engagement and vigilance was required, Johnson said, even though if you look at what the Russians have done in the western Balkans and on cyber-warfare, it is clear they are up to no good.

It is thought Johnson will have conveyed the British intelligence view in his talks with Donald Trumps team.

Johnson trod carefully because the US president-elect has been extremely reluctant to acknowledge any Russian involvement in the hacking, despite the near-unanimous view of his intelligence advisers that there is a clear link between the email leaks and the Kremlin.

Johnson, who met the most senior members of the Trump administration on Sunday night, stressed that his comment on Russian responsibility was not also a comment on the electoral efficacy of the hacking.

Trump is extremely sensitive to claims that Russian interference somehow de-legitimises his election victory and Johnson said his aim was for the UK to be in lock-step with the new administration.

In a bid to assuage the pro-Russia leanings of some in the Trump administration, Johnson said it was important to recognise there may be areas where the UK and the US could work together.

Speaking about his meetings with senior Republicans, Johnson said: Theres a huge fund of goodwill for the United Kingdom on Capitol Hill and a very large measure of understanding that now is the time to do a free-trade deal. They want to do it, they want to do it fast, and that understanding was most vivid and most urgent on the part of the incoming administration.

My enthusiasm [for a US-UK trade deal] is nothing compared to the enthusiasm of our friends on the other side of the Atlantic. We will get a good deal.

The shadow foreign minister, Liz McInnes, said: On Sunday, the foreign secretary met with Steve Bannon, Donald Trumps chief strategist, a man whose website is synonymous with antisemitism, racism, misogyny, homophobia, hero-worship of Vladimir Putin and the promotion of extremist far-right movements across the world. Can I ask the foreign secretary, how did he and Mr Bannon get on?

In reply, Johnson said he did not wish to embarrass any American colleagues with details of how friendly the meetings were, adding: What I can say is the conversations were genuinely extremely productive. There is a wide measure of agreement between the UK and the incoming administration about the way forward and we intend to work to build on those areas of agreement.