Sandpipers go the extra 8,000 miles to have as much sex as possible

Small birds were observed travelling to as many as 24 different breeding sites in Alaska within six weeks, further than flying from Paris to Moscow 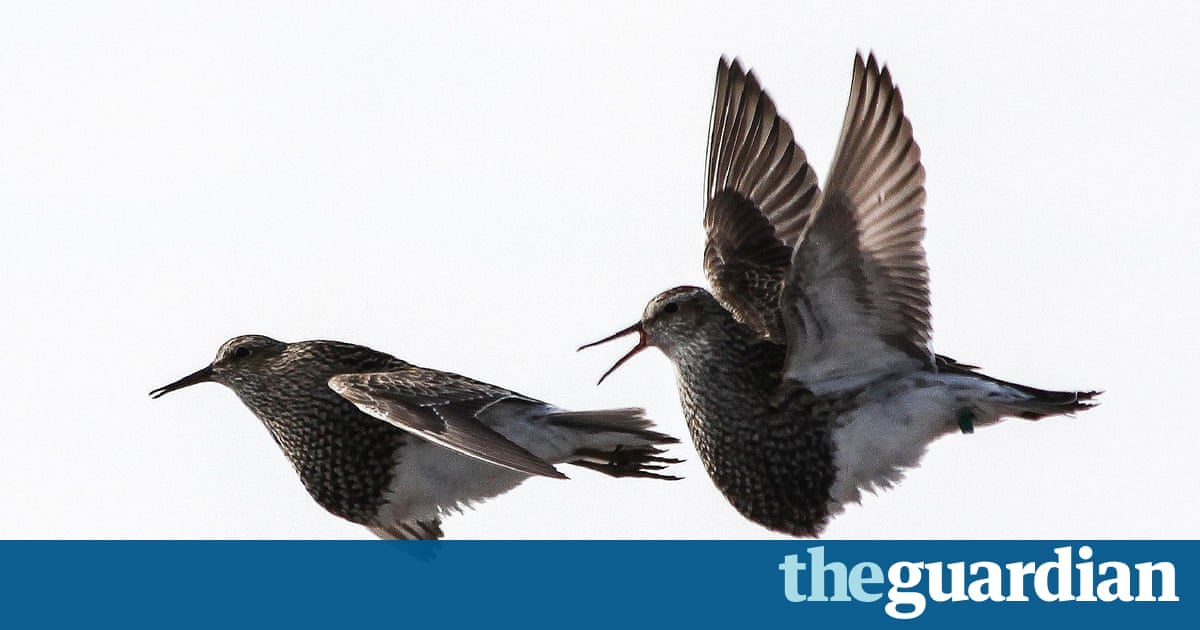 A bird smaller than a city pigeon has been recorded flying 13,000km (8,000 miles) in just one month to have sex with as many females as possible

In behaviour never witnessed before, male pectoral sandpipers were observed travelling to as many as 24 different breeding sites in northern Alaska within a single season, a team of scientists wrote in the journal Nature.

A breeding season lasts a mere four to six weeks.

Males have to reduce their sleep and defend and court females virtually non-stop throughout the endless Arctic summer days to successfully reproduce, the Max Planck Institute for Ornithology, in Seewiesen, Germany, said in a statement.

The average bird covered some 3,000km (further than flying from Paris to Moscow) but one particularly determined specimen was recorded flying 13,045km in just four weeks.

And this was after the birds, which are about 21cm (8.3in) long and weigh about 100g (3.5oz), journeyed halfway across the globe from South America, where they overwinter, to their Alaskan breeding grounds.

Before we made this discovery, it was thought that birds (males and females) migrate from their wintering area to a single site, where they breed in that year, said the institutes Bart Kempenaers, who co-authored the study based on tracking 120 radio-tagged sandpipers.

Competition for females is tough among these polygynous birds, and those who settle down in a single spot had little chance of copulation.

We think that they have developed the strategy to assess their local chances, and if they are not good, they just move on to the next place, said Kempenaers.

The most successful bird sired 22 offspring with six different females.