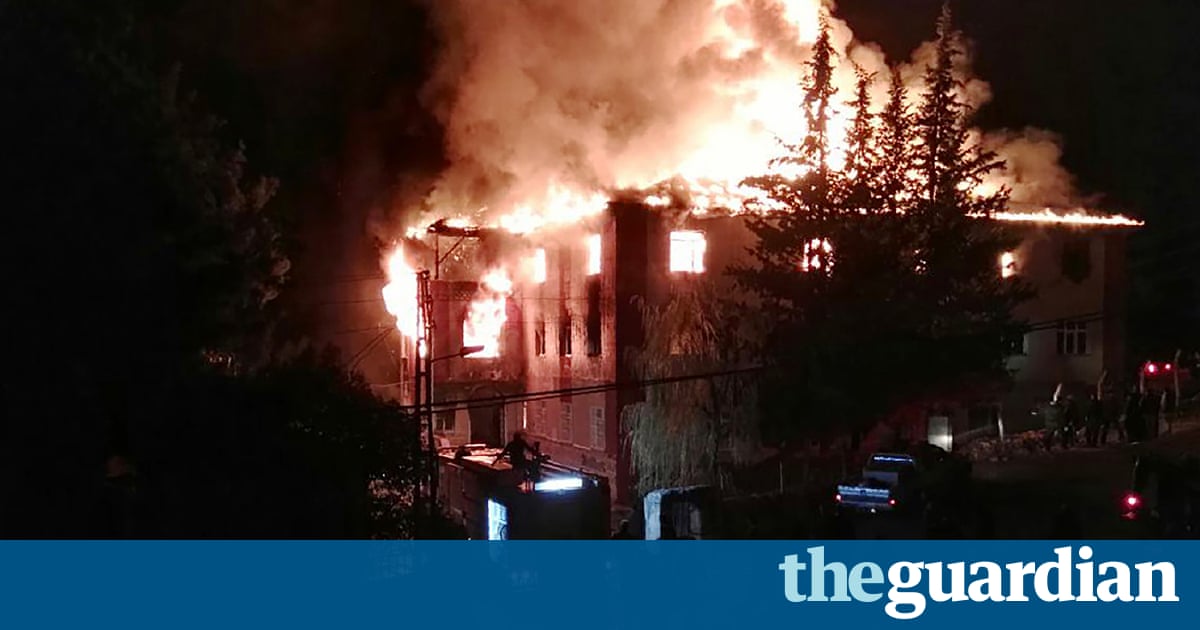 Twelve people, most of them schoolgirls, were killed when fire ravaged a dormitory for pupils in the southern Turkish region of Adana, local officials said.

The fire raced through the three-storey buildings wooden interior as panicked victims tried to jump from windows to safety.

Officials said an electrical fault was probably to blame. They expressed concern that some of the girls who died had been unable to open a closed fire door to escape the top floors.

There were scenes of devastation as emergency services arrived to tackle the fire at the dormitory building, with parts of the building a blazing wreck and the roof collapsing.

We lost 12 of our citizens in the fire. Eleven of them were schoolchildren and one was a tutor. Twenty-two citizens are injured, Adana region governor Mahmut Demirtas told Turkish NTV television.

According to initial findings we believe the fire was caused by electrical fault.

The Dogan news agency said all 11 of the schoolchildren killed were girls. They were said to be 14 or under.

The disaster took place in the town of Aladag north of Adana city, one of the biggest urban centres in the south of Turkey.

Demirtas said some terrified schoolgirls were injured after jumping out of windows to escape the flames.

The governor said the fire broke out at around 7.25pm on Tuesday and was brought under control about three hours later.

Demirtas declined to comment on claims that fire escape stairs were locked and students were unable to use them.

But Adana city Mayor Huseyin Sozlu said: It appears that the fire escape stairs door was locked. Children could not open it. Bodies were found there, he said.

He told NTV of course children would have survived if they had been able to flee down the fire escape stairs.

From tomorrow the governors office will start an investigation.

He said the children were aged between 11 and 14.

The fire spread rapidly because of the buildings wooden interior and carpeted floor, officials said.

In an agonising wait, families who could not see their children stood outside in tears, Dogan added.

The dorm had capacity for 54 students and was open to both secondary and high school students. Demirtas said it was a private dormitory with 34 students in residence.

Fires are frequent in Turkey due to antiquated and often wooden buildings and faulty electrics. But a disaster of this magnitude is highly unusual.

In a sign of the seriousness of the incident, several ministers were heading to the region, including the interior minister Suleyman Soylu and the education minister Ismet Yilmaz.