The magnitude 5.0 earthquake struck close to the town of Cushing, damaging structures downtown and forcing police to evacuate some buildings 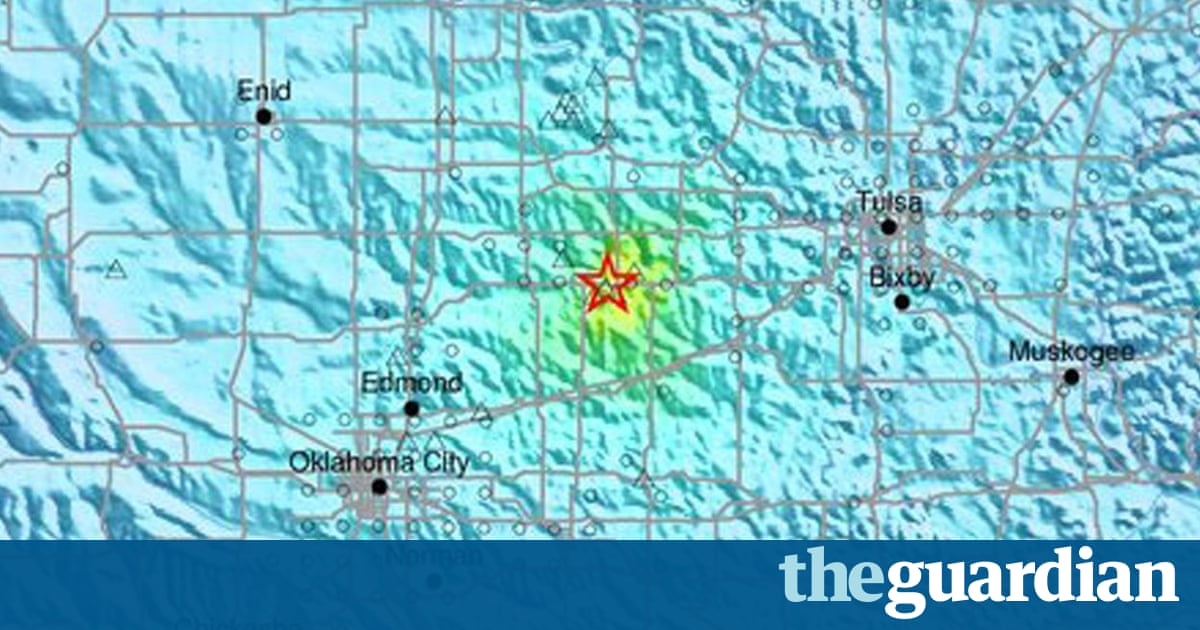 A magnitude 5.0 earthquake has shaken central Oklahoma, leading to reports of significant damage to buildings and a gas leak.

The US Geological Survey reported the earthquake struck at 7:44pm CST, with an epicenter located one mile west of Cushing, about 50 miles northeast of Oklahoma City. It initially measured the quake at a magnitude of 5.3.

Cushing, which has a population of about 7,900, bills itself as the Pipeline Crossroads of the World. It is home to the Cushing Tank Farm, a massive oil storage facility thats touted as the worlds largest.

The quake was felt as far away as Kansas City, Missouri, and Little Rock, Arkansas.

The Cushing Police Department reported quite of bit of damage from the earthquake and said parts of downtown were being evacuated due to gas leaks. Cushing High School announced it would be closed on Monday.

One report suggested a cinema in Cushing was being evacuated due to a gas leak.

Another said there was significant damage to downtown.

There were also reports of a power outage.

The Oklahoma Corporation Commission said it and the Oklahoma Geological Survey were investigating after the quake, which struck at 7:44 p.m. and was felt as far away as Iowa, Illinois and Texas.

The OCCs Pipeline Safety Department has been in contact with pipeline operators in the Cushing oil storage terminal under state jurisdiction and there have been no immediate reports of any problems, the commissions spokesman, Matt Skinner, said in a statement. The assessment of the infrastructure continues.

A 4.5 magnitude earthquake struck the northern part of Oklahoma last week, with an epicenter near Pawnee.

Scientists have linked Oklahomas sharp increase in earthquakes to the underground disposal of wastewater from oil and gas production.

The Oklahoma Corporation Commission has shut down some disposal wells and ordered a reduction in the amount of wastewater disposed of in others.

Associated Press contributed to this report