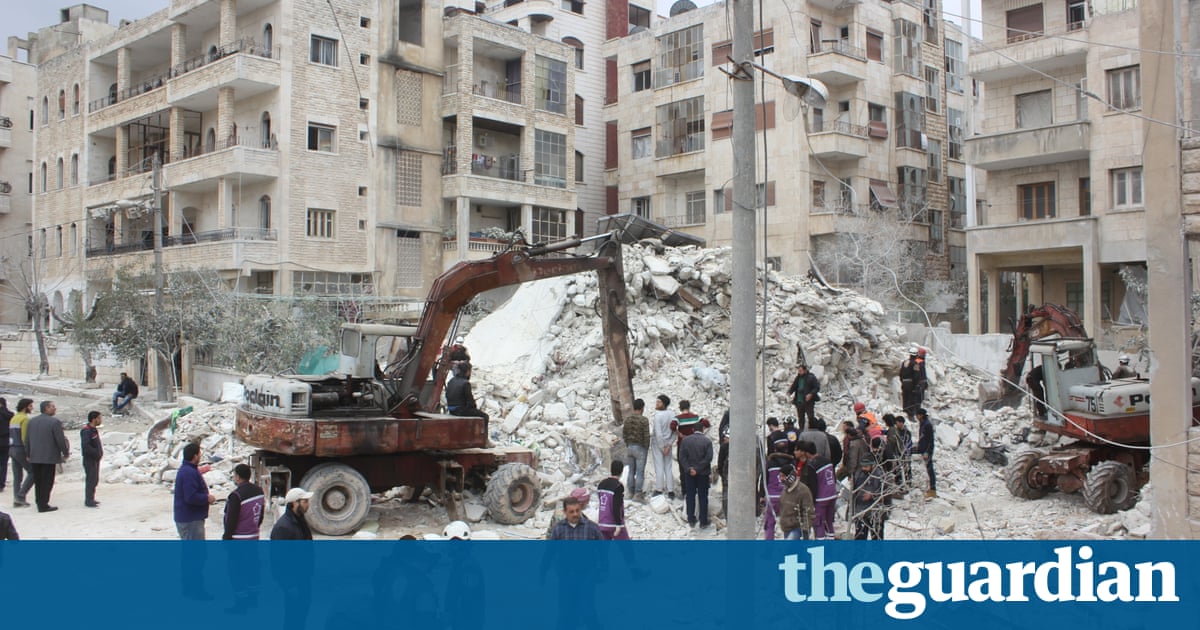 At least 42 people were killed and dozens more wounded on Thursday in airstrikes on a village mosque in northern Syria, the Syrian Observatory for Human Rights said.

The raids by unidentified warplanes targeted a mosque in Aleppo province during evening prayers, killing 42 people, most of them civilians, said the head of the Britain-based Observatory, Rami Abdel Rahman.

More than 100 people were wounded, he said, adding that many were still trapped under the collapsed mosque in the village of Al-Jineh, just over 30km west of Aleppo.

The village is held by rebel and Islamist groups, but no jihadist factions are present.

There were reports the US had carried out the airstrike, which hit the mosque but there was no confirmation from either the Pentagon or Centcom.

Instead Centcom sent out a press release saying the US had carried out a strike on al-Qaida targets in Idlib province in which several terrorists were killed. Despite repeated requests for clarification by the Guardian, none was forthcoming.

At the site of the mosque attack, rescue workers struggled to pull survivors from rubble, and dozens of residents were still unaccounted for, the observatory said.

Abu Muhammed, a village resident, told Agence France-Presse he heard powerful explosions when the mosque was hit. It was right after the prayer at a time where there is usually religious lessons for men in it.

I saw 15 bodies and lots of body parts in the debris when I arrived. We couldnt even recognise some of the bodies, he added.

An AFP reporter at the scene said rescuers earlier left the wreckage site but returned when they heard moaning coming from the debris.

Footage published by Halab Today, an online media group focused on news in Aleppo, showed piles of rubble where the mosque allegedly stood.

More than 320,000 people have been killed in Syria since the conflict began six years ago with anti-government protests.

A cessation of hostilities was brokered by rebel backer Turkey and regime ally Russia in December, but violence has continued across much of the country.

The observatory, which relies on a network of sources inside Syria for its information, said it determined whose planes carry out raids according to type, location, flight patterns and munitions used. But the skies over Aleppo province are busy, with Syrian regime and Russian warplanes as well as US-led coalition aircraft carrying out strikes.

Russia began a military intervention in Syria in September 2015, and in the past has dismissed allegations of civilian deaths in its strikes.

The US-led coalition, meanwhile, has been bombing jihadist groups in Syria since 2014.

The US-led coalition fighting Islamic State said this month that its raids in Iraq and Syria had unintentionally killed at least 220 civilians since 2014. Critics say the real number is much higher.

Simon
← Previous Story To defeat terrorists we have to get insidetheir minds | Nicholas Searle
Next Story → A good-looking bird: the bush stone-curlew that loves its own reflection