The 100 best nonfiction books: No 49 The American Language by HL Mencken 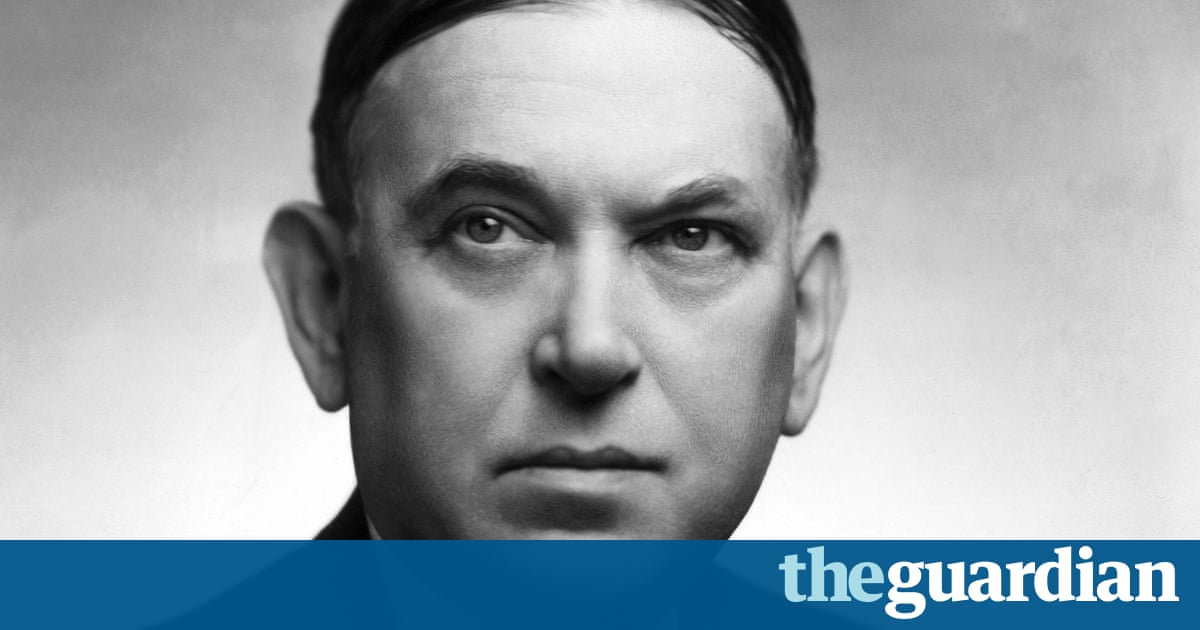 The American century began in 1917 when President Wilson declared war on Germany and shipped more than a million troops to France. Two years later, a pugnacious columnist from Baltimore, who was obsessed with language, boldly made the decisive assertion of linguistic independence that had been implicit in American life and letters since 1776.

HL Menckens The American Language is a creature of its time, a flexing of American cultural muscle, but it also signalled an important new chapter in English language prose. After Mencken, in the words of the critic Edmund Wilson, American writers were finally able to take flight from the old tree and to trust for the first time their own dialect.

The writer who made this crucial break with tradition was an inveterate controversialist and patriot, a witty master of American prose. The martini, he once declared, was the only American invention as perfect as the sonnet. In his day, Mencken was as influential in the US as George Bernard Shaw in Britain. A lifelong contributor to the Baltimore Sun, a scourge of office-holders and frauds, Mencken would anatomise and dissect just about anything that took his fancy, from the average man to the immortality of the soul two pieces chosen at random from his own selection, Chrestomathy, a word (he claimed) that means a collection of choice passages from an author or authors.

That word was a typical Mencken discovery. He was fascinated by the dynamic interplay of American society and the English language and wrote prodigiously about it. Once, reflecting on the American frontier, he wrote that the wild west marked the gothic age of American drinking as of American word-making. Alistair Cooke, in an interview I had with him in the 1980s, recalled Mencken proudly advising him about the English equivalents for American cuts of meat: rump for sirloin and best end for rib chops. Such examples, he had said at the beginning of The American Language, refuted the absurd efforts made to prove that no such thing as an American variety of English existed that the differences I constantly encountered in English, and that my English friends encountered in American, were chiefly imaginary.

Menckens inquiries into the common tongue, in many editions of The American Language, consumed much of his professional life. His view of language was a professionals dynamic, partisan and pragmatic: A living language, he once wrote, is like a man suffering incessantly from small haemorrhages and what it needs above all else is constant transactions of new blood from other tongues. The day the gates go up, that day it begins to die.

As he writes in The American Language: American shows its character in a constant experimentation, a wide hospitality to novelty, a steady reaching out for new and vivid forms. No other tongue of modern times admits foreign words and phrases more readily; none is more careless of precedents; none shows a greater fecundity and originality of fancy. It is producing new words every day by trope, by agglutination, by the shedding of inflections, by the merging of parts of speech and by sheer brilliance of imagination.

In this formulation, Mencken was articulating a vision of American language and society as progressive, innovative and ceaselessly modern. How one longs to read him on Donald Trump, for Mencken was always the classic American liberal: polyvalent, provocative and often delightfully perverse. His argument about language was as combative as his title.

In the first edition, echoing Noah Webster, he declared that British English and American English were on divergent paths. In the fourth edition, after many modifications, he was still beating the drum for linguistic independence. Mencken had always loathed marshmallow gentility:

The American of today is much more honestly English, in any sense that Shakespeare would have understood, than the so-called standard English of England. It still shows all the characteristics that marked the common tongue in the days of Elizabeth I, and it [American English] continues to resist stoutly the policing that ironed out standard English in the 17th and 18th centuries.

Menckens nationalist pride was also singleminded. He paid almost no attention to the other independent varieties of English that were coming to maturity after the first world war. The index to my edition of The American Language, for instance, has only a handful of references to Australia and none to New Zealand. As an early 20th-century snapshot of American prose the teeming variety of spoken American inevitably defeated even Mencken, as he freely admitted The American Language remains a masterpiece of advocacy and entertainment. Much has changed in the last 100 years, but Menckens conclusion to his closing chapter, the future of the language, remains as resonant as ever:

In all human beings, if only understanding be brought to the business, dignity will be found, and that dignity cannot fail to reveal itself, soon or late, in the words and phrases with which they make known their high hopes and aspirations and cry out against the intolerable meaninglessness of life.

The characters chiefly noted in American speech by all who have discussed it are, first, its general uniformity throughout the country, so that dialects, properly speaking, are confined to recent immigrants, to the native whites of a few isolated areas and to the negroes of the south; and, secondly, its impatient disregard of rule and precedent, and hence its large capacity (distinctly greater than that of the English of England) for taking in new words and phrases and for manufacturing new locutions out of its own materials.