Presidents handle will be given to successor along with keys to White House existing tweets will be deleted, but copies kept at national archives 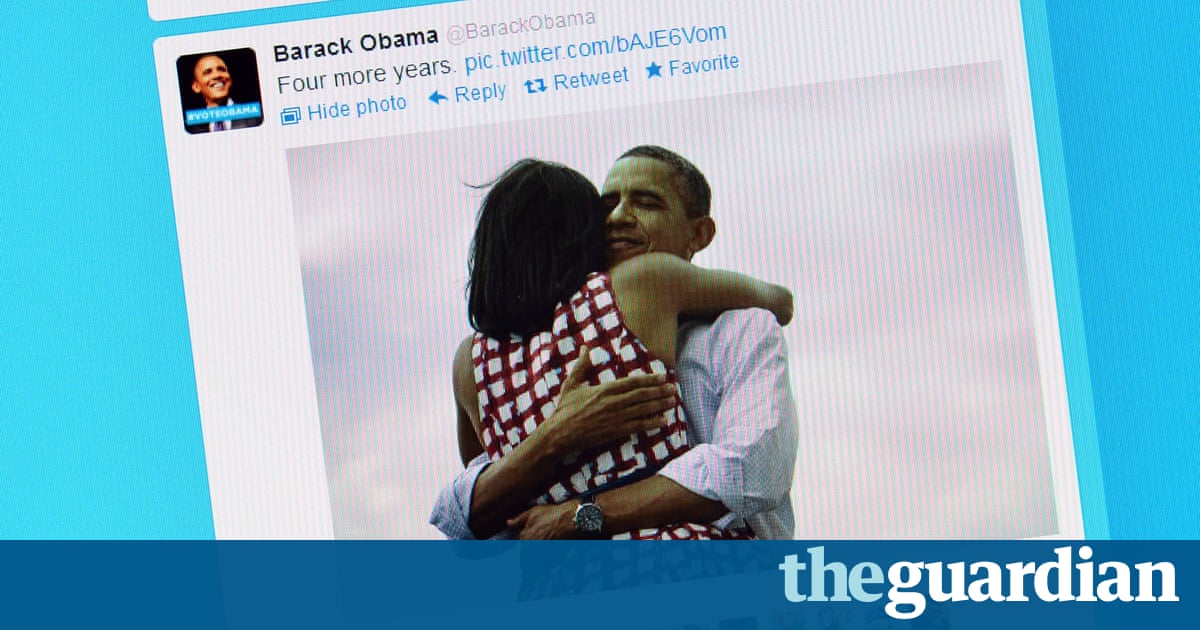 For the next president of the United States, the Oval Office will come with more than 11m Twitter followers and a new handle.

Barack Obama was the first US president to be on the platform, drawing 11.1m followers to the verified @POTUS account since signing up in May 2015.

The next president will take over the handle on Inauguration Day, 20 January 2017, but the slate will be wiped clean of tweets.

Obamas 317 posts will be archived at a newly created handle, @POTUS44, by the National Archives and Records Administration.

The same will happen with Obamas Facebook and Instagram accounts, along with other presences on Twitter, such as Michelle Obamas @FLOTUS, Joe Bidens @VP, @WhiteHouse and @PressSec.

Obama is leaving office with far more digital content to preserve than any previous president, with Spotify playlists from both this year and last, and appearances on Facebook Live and Snapchat among the artefacts to be archived.

The thousands of hours of video and millions of photos are being transferred to digital archives that will eventually be available to download in compact form, like zip files.

This digital infrastructure is an asset not just for the next president but for all future presidents to build off of, wrote Kori Schulman, the deputy chief digital officer at the White House, in a statement. The archive belongs to the American people.

From tweets to snaps, all of the material weve published online will be preserved with Nara just as previous administrations have done with records ranging from handwritten notes to faxes to emails.

Schulman said a smooth digital transition much of which was unprecedented, given the technological advances over the last eight years was a priority for the White House.

We are working to ensure that the next president and administration regardless of party can continue to use and develop the digital assets we have created to connect directly with the people they serve.

The @POTUS Twitter account will only be made available to the next president, suggesting the successful candidate could choose to continue using their existing handle.

Both presidential candidates already have huge followings on Twitter, with Hillary Clinton followed by 10.1m people at @HillaryClinton and Donald Trump 12.8m at @realDonaldTrump nearly 2m more than the @POTUS account.

Clinton has tweeted close to 9,500 times since she signed up to the platform on 11 June 2013, inspired by the now-infamous viral photograph of her checking her Blackberry on a plane as secretary of state.

His last tweet was over a week ago on Sunday 23 October, congratulating the Chicago Cubs on making it to the World Series for the first time in 71 years.