The Russian Revolution: then and now

The events of 1917 changed the course of history in Russia and indeed the rest of the world. But as these remarkable pictures show, pockets of Russias two largest cities have endured almost unchanged through a century of revolution and the fall, rise, and fall of empire 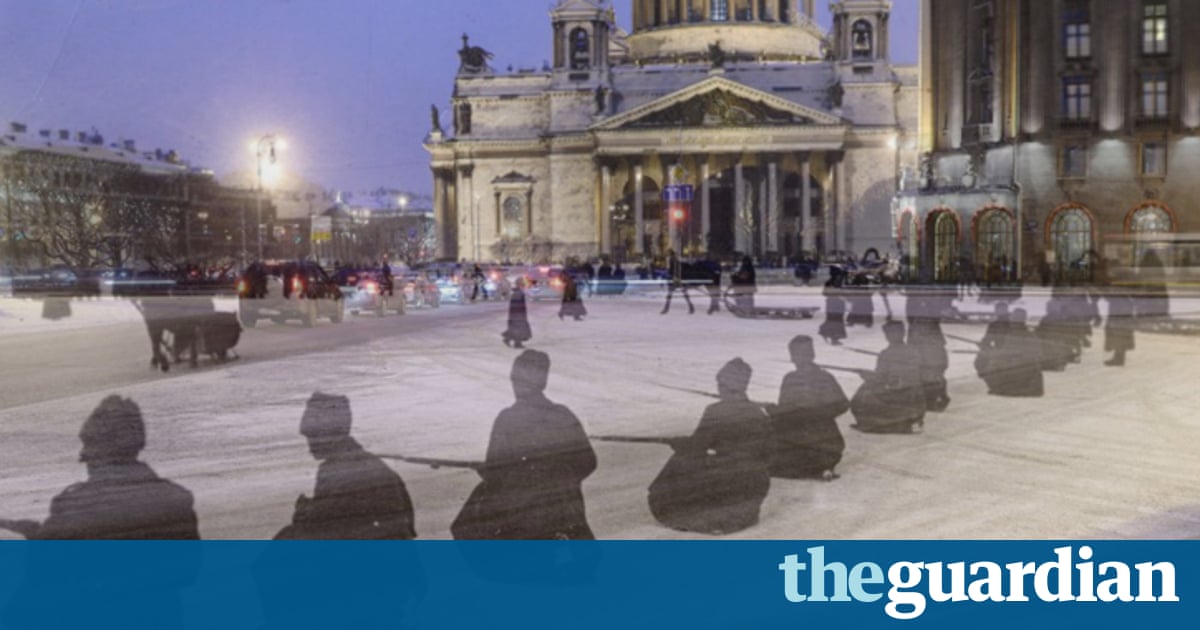 The Russian Revolution consisted of two revolutions in 1917 that ended Tsarist rule and eventually replaced it with a communist state. The first revolution was mainly centred in Petrograd (now St Petersburg) and overthrew Tsar Nicholas II. The second revolution was led by Vladimir Lenin and his Bolshevik party. It overthrew the provisional government and established communism.

These Cossack troops, loyal to the provisional government, likely soon melted away as the Bolshevised sailors and soldiers fanned out through the city, seizing key buildings and infrastructure. (1917 photo: Getty Images)

Protesters march in favour of continuing the war effort.

The lead banner reads: In the name of freedom, [continue] the war against Germanism until full victory. But pro-war sentiment dwindled after the offensive launched against Germany in July ended disastrously for Russia. (1917 photo: Sputnik)

A funeral for casualties of the revolution. (1917 photo: Shutterstock)

The revolution soon spread throughout Russia.

This political speech in Moscow was photographed in the early days of the February Revolution. (1917 photo: Alamy)

Three of former tsar Nicholas IIs daughters along with his son, left to right: Olga, Alexis, Anastasia and Tatiana, seated on the ground at Tsarskoe Selo. Alexis was the former heir to the Russian throne, in captivity near St Petersburg. Just over a year after this photo was taken, the entire family was shot and bayonetted to death by Bolshevik revolutionaries. (1917 photo: Alamy)

Members of a womens death battalion swear an oath before being sent to the front. Battalions of women were intended to shame the men into continuing the fight against Germany. (1917 photo: Sputnik)

Soldiers tasked with guarding the provisional government inside the Winter Palace days before it was stormed by soldiers and sailors fighting on behalf of Lenins Bolsheviks.

Bolshevik troops in Moscow. By early November 1917, Moscow was also under the control of Bolshevik fighters.

Lenin speaking in central Moscow. By 1918, the revolution had morphed into a civil war between Lenins Red Bolsheviks and a collection of forces known as the Whites. The violence in Russia was just beginning.

Simon
← Previous Story Erdoan accuses Germany of ‘Nazi practices’ over blocked political rallies
Next Story → ‘When I meet God, I must be able to sign my name’: India’s school for older women | Vidhi Doshi