‘They throw you into a hole’: celebrated Turkish novelist reveals detention ordeal 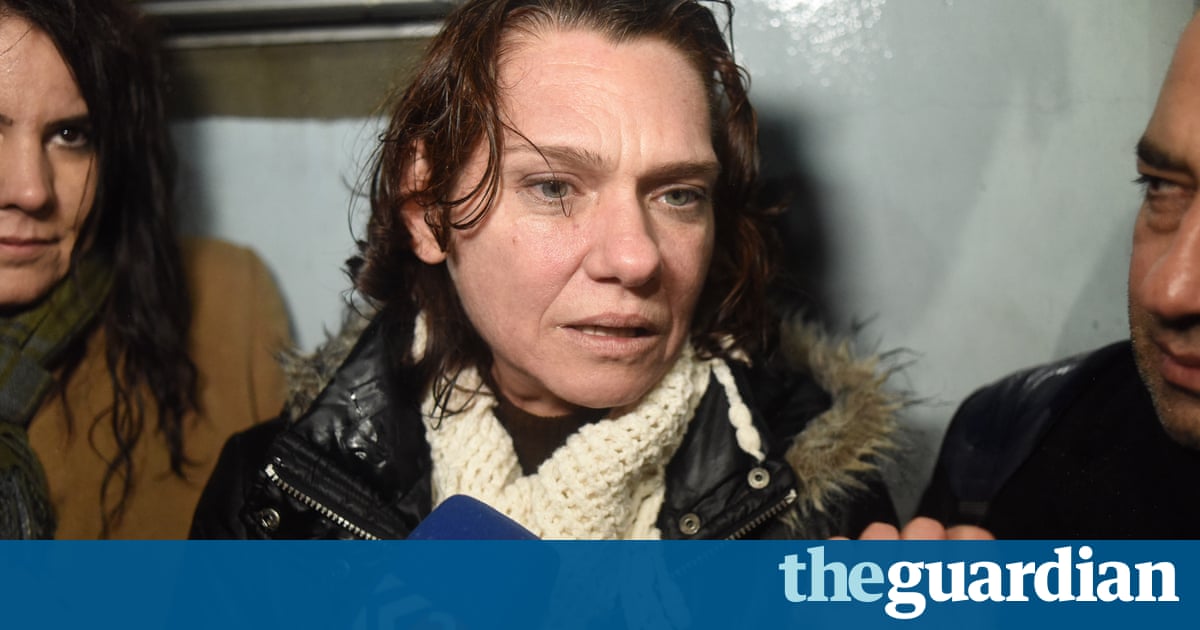 Asli Erdoan, one of Turkeys most celebrated novelists, was released from jail Thursday, looking exhausted after 132 days of pre-trial detention, declaring that she could barely believe she was free.

The writer has been in prison on charges of terror propaganda on account of her links to a pro-Kurdish newspaper, in a case that has caused an international outcry over freedom of expression.

I do not realise it yet, I am in shock, she said, appearing drawn, tired and emotional in front of the Bakirkoy womens prison in Istanbul.

They take you and throw you into a hole. Its very hard, its like Im still inside, she added, before bursting into tears.

An Istanbul court ordered that Erdoan and Necmiye Alpay, an internationally prominent linguist, be released.

The pair were taken into custody in August as part of a probe into the now shut-down newspaper Ozgur Gundem, which Turkish authorities say is a mouthpiece for the outlawed Kurdistan Workers Party (PKK).

But the fate of Erdoan and Alpay, author of widely praised translations of Western novels into Turkish who had been in custody for 120 days, is still unclear.

The case against them remains active and they could still face life imprisonment if convicted. The next hearing is scheduled for 2 January.

Asked by reporters what she had missed most in prison, Erdoan no relation to President Recep Tayyip Erdoan, the name is common in Turkey replied without hesitation: The sea… dancing, ballet, classical music.

But it then emerged that a leading investigative journalist had been detained in a separate case. Ahmet Sik is accused of making terror propaganda and denigrating the Turkish Republic, the judicial authorities and police said, according to state-run Anadolu news agency.

He was arrested over a succession of tweets about the PKK, as well as articles for the Cumhuriyet opposition daily that criticised Turkish secret services.

Earlier Thursday, in her defence statement to a packed court in Istanbul, Erdoan ridiculed the charges against her. I will defend myself as if the laws existed, she said, quoted by the Hurriyet daily.

I am a writer and the purpose of my existence is to tell a story.

Erdoan, 49, and Alpay, 70, and seven other suspects who could also face life in jail linked to Ozgur Gundem have been charged in the case but not all have been under arrest.

Erdoan has published several well-received novels including The City in Crimson Cloak, which has also been translated into English.

They are being prosecuted for writings and thoughts that are in no way reprehensible according to Turkish law, said Baris Yarkadas, Istanbul MP for the opposition Republican Peoples Party (CHP).

Activists worry about a drastically worsening climate for journalists in Turkey, in particular since the state of emergency imposed in the wake of the July 15 coup attempt to topple President Erdoan.

According to the P24 Platform for Independent Journalism, 118 journalists have been arrested during the state of emergency, 80 of them within the coup probe.

The author of several books, Sik is one of the best-known journalists in the country and had already endured a lengthy spell in jail from 2011-2012.

He was imprisoned for 375 days during the investigation into the so-called Ergenekon alleged coup plot against the government.

That case was strongly supported by Fethullah Gulen, the US-based cleric whom Ankara blames for the failed putsch against President Erdogan.

But the convictions were quashed and suspects released amid accusations Gulen had perverted the process.

He has won numerous awards, including the UNESCO/Guillermo Cano World Press Freedom Prize in 2014.

Siks books include one of the few full-scale investigations into the group of Gulen, the former ally of President Erdogan and now his arch foe.

The book, called The Imams Army examines how Gulen supporters infiltrated the Turkish bureaucracy and built up an alliance with the ruling party that has since collapsed.

The book had not even been published when Sik was arrested in March 2011 and was eventually released in November 2011 under the title 000Kitap (000Book), causing a sensation with its author still in jail.