To defeat terrorists we have to get insidetheir minds | Nicholas Searle

We must steer away from ill-informed rhetoric. Knowing terrorists life stories can be key to countering their warped justification for taking up arms 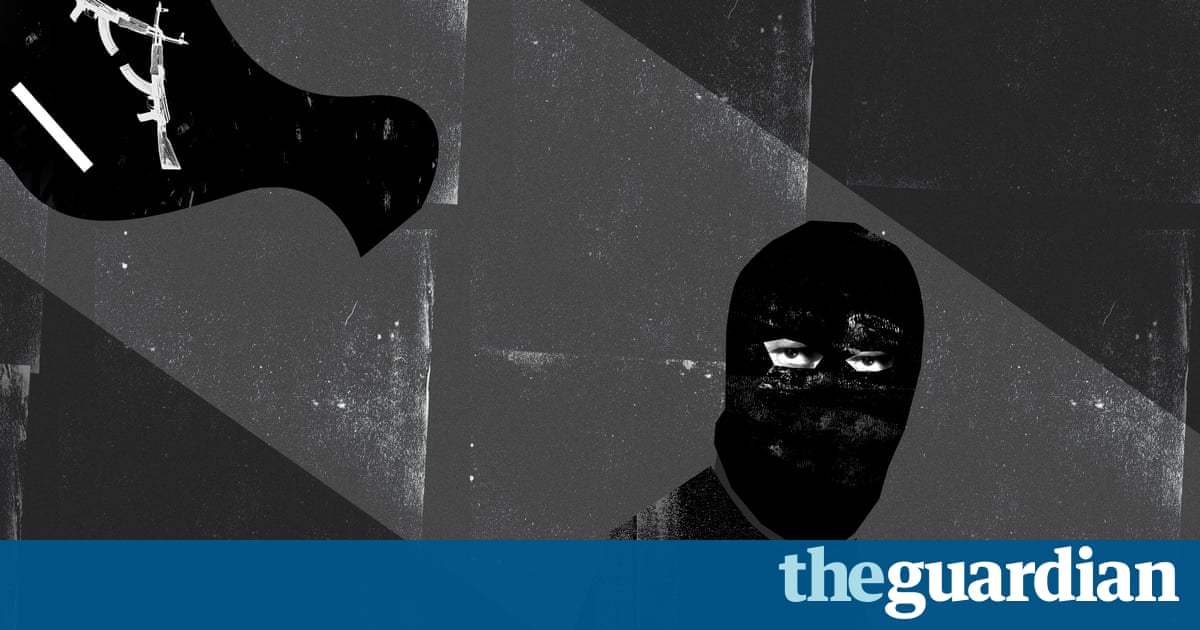 Our collective consciousness, impelled by populist media, sees terrorists as demons driven by inhuman urges and hellish objectives, and ignores the fact that terrorists are just people. Were urged to respond as crusaders, making plans to wage wars that will eradicate terrorism. Donald Trump has revived and reinvigorated this language, possibly largely owing to the dulcet tones in his ear of White House chief strategist Steve Bannon, who may actually desire a global conflagration.

Yet, its a false starting point and a doomed prospectus. To declare war on terror is to incite more terror. From many years of experience of counter-terrorist initiatives both operational and strategic, and dealing with precisely these issues (though admittedly not from the point of view of a politician with a theatre to play to), I know that bullish aggression is not the way to secure safety or durable resolutions. We must first understand terrorism at the human level if we are to persuade terrorists of an alternative direction. This is an exercise in empathy, but not appeasement.

Imagine briefly that youre a terrorist (though no doubt you wouldnt describe yourself that way but as a freedom fighter with just cause). Like most people youre a package of frailties and uncertainties looking for a plausible piece of wreckage to cling to that offers belonging, purpose, solace and hope. Youve been taught whether youre an inhabitant of rural Colombia, a Kurd, a Northern Irish Catholic or a Salafi Muslim that your people have been subjected to generations of injustice and repression, which continues. (And this, however much we in our establishment comfort choose to bluster, is probably true at least in part.)

Youre in your teens, when testosterone (if youre male, which you probably are), endorphins and adrenaline surge unpredictably and confusingly. Youre confronted by a big ogre, threatening to destroy your family, religion or culture, which provides a powerful incentive and a moral imperative to fight back.

Youre setting out on life and terrorism seems to offer a path more meaningful than that of a wage-slave conformist or a member of the impoverished oppressed. You must meet extreme demands and make huge sacrifices to achieve competence, but its worth it. You cant believe youve been groomed: youve made a free, conscious and courageous choice. You thrive on the danger and can make things happen.

And you do. You kill and maim and wreak havoc, and you get away with it. Youve gained the admiration of your peers; planted your flag firmly on the moral high ground; developed some niche aptitudes and skills; and now command the awed respect of your community. Youre a force to be reckoned with, telling yourself that youre truly advancing the cause. The ends clearly justify the means. You may spend some time in prison but its a price worth paying. You thrive on the notoriety and the danger. You may not be well off but what is affluence compared with your sense of burning injustice and the standing you now have?

In your 30s little disappointments may appear and begin to aggregate into a larger malaise. You expected to be leading others by now, but you arent. You disagree with your bosses over tactics. Younger, brasher bloods are forging their reputations at your expense. You may find your own reactions slightly slower and your physical condition marginally worse, and the next generation has a better grasp of the technologies. Its increasingly difficult to watch their boundless enthusiasm.

Lifes not quite as simple as it was: there are nuances where there was once complete certainty. You may have children with whom youve spent all too little time. You begin to wonder how you will provide for them as you grow older. You own no house, your income is small and your prospects still slimmer. How will you achieve a transition from this life to the more prosaic, steady existence that you are beginning to crave?

At the same time there is no light at the end of the ideological tunnel. You cannot see progress being made and you hang on in there only by a slender filament of faith. The only thing that can sustain you and give you further motivation is the intractability of your adversaries and their continued inhumanity.

In your 40s you hit the brick wall. By now its clear that, despite your evident abilities, you wont receive the recognition you deserve and youre outside the golden circle. Already youre being overtaken by younger people. You carry numerous grudges, built up over the years, against several colleagues.

Your organisation is pursuing the wrong direction despite your objections. You suspect youre now seen as dispensable and that it will take little for your superiors to betray you. The fight has got you nowhere and the line that was sold to you, that violence was the only route to justice, looks darkly absurd. All you have to look back on after 20 years or more, your life constantly at risk, is minimal progress if any.