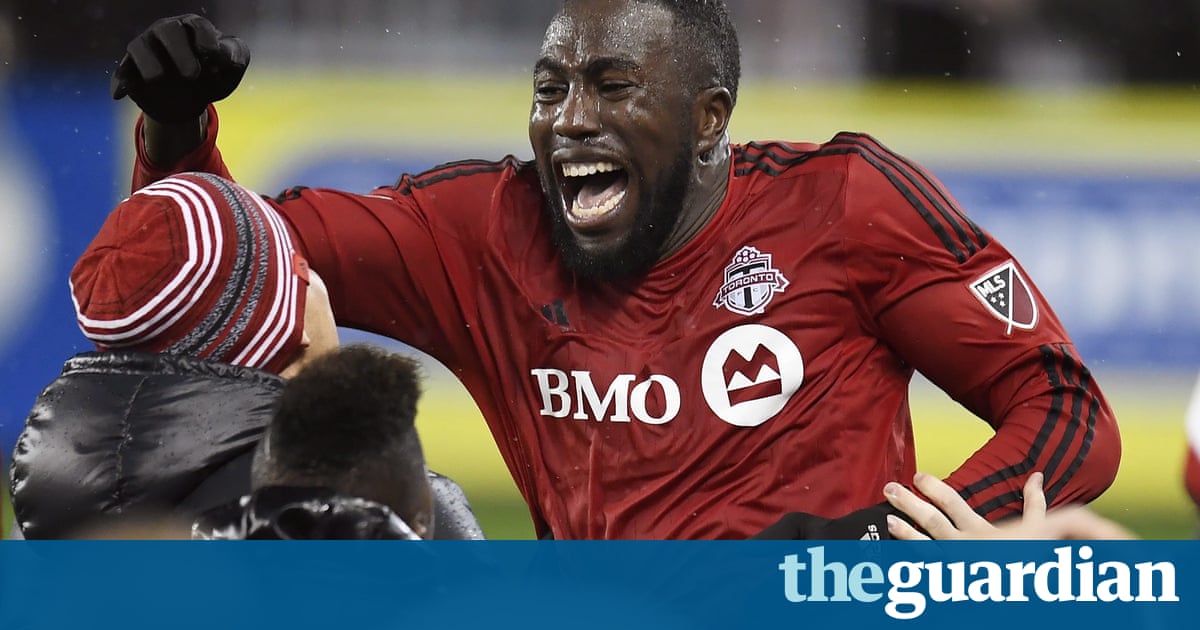 Toronto FC reached their first ever MLS Cup after a thrilling 5-2 victory over Montreal Impact in the second leg of the Eastern Conference final.

The first leg had finished 3-2 and on a rain-soaked Wednesday night in Toronto, fans were treated to the same score again after 90 minutes, sending the match to extra-time where a late burst saw the home team over the line, 7-5 on aggregate. Toronto are the first ever Canadian team to reach MLS Cup, where they face another team looking for their first title, the Seattle Sounders.

The match got off to a fiery start, with players clashing after Jozy Altidore barged Hernan Bernardello when both men challenged for a header. Montreal were to gain revenge when they opened the scoring: the former Toronto striker Dominic Oduro finished calmly after Michael Bradley had been caught in possession.

That left the hosts trailing by two goals on aggregate but they soon equalized in the 37th minute. The goal came after some more poor defending, with Armando Cooper stabbing home after Montreal failed to clear a corner. Altidore was in the thick of the action again just before half-time, nodding home a Sebastian Giovinco corner. The Impact were oddly ragged for a team that was unchanged for the 11th game in succession.

Whatever their weaknesses in the first-half, Montreal started to play as a unit in the second period and Ignacio Piatti scored off a deflected shot. The goal was another flashpoint as it appeared Dominic Oduro was offside and interfering with play. No matter, Toronto made it 3-2 – and levelled the scored on aggregate when Nick Hagglund headed home a wicked cross from Justin Morrow in the 68th minute. Toronto FC had the better of the chances as time ticked down but could not kill off Montreal in front of a home crowd of 36,000 fans.

Much of that crowd held their breath when Torontos best player, Giovinco, limped off in extra-time but they neednt have worried. His replacement, Benoit Cheyrou, had barely made his way on to the pitch before he scored what was to be the winner in the 98th minute. It was Altidore who was to have the final say, displaying great skill down the right before whipping in a ball for Tosaint Ricketts to finish.

Toronto FC will host 10 Decembers final as they came into the playoffs with a higher seeding than the Sounders.