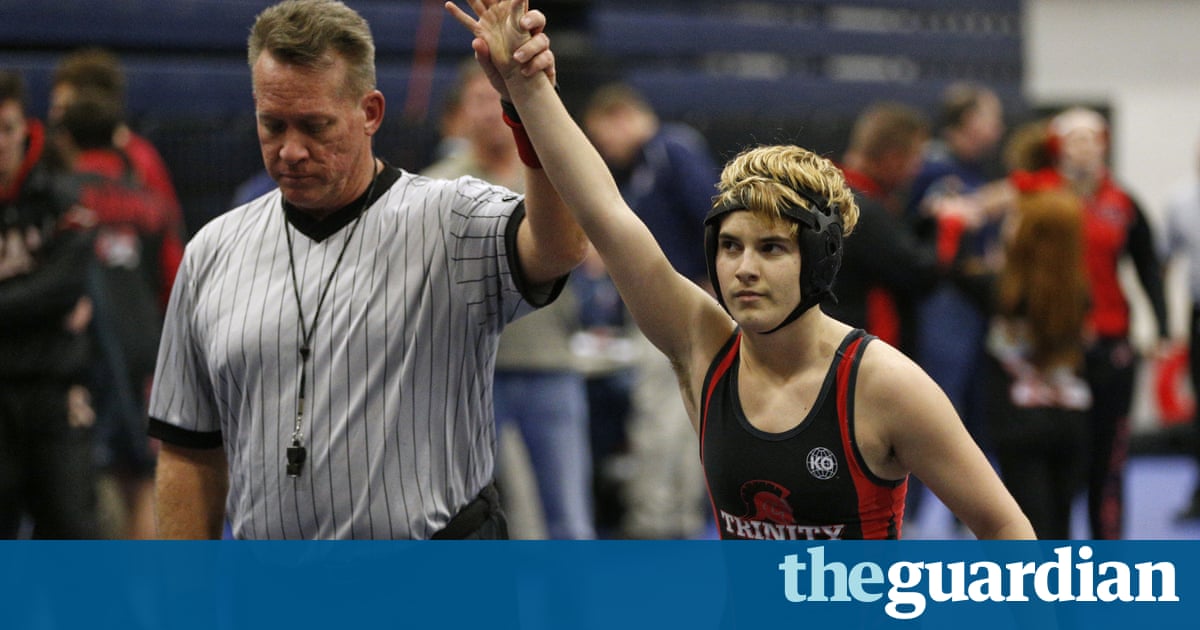 High school wrestler Mack Beggs, a teenager who is transitioning from female to male, won his 110lb weight class in the Texas girls state championship on Saturday, according to media reports.

Beggs, 17, and many of his opponents want him to wrestle against boys, but the transgender boy wrestled in the Texas championship for girls because of state sport regulations, which require athletes to compete according to birth gender.

The wrestler, a junior at Trinity High School in the Dallas suburb of Euless, had a 52-0 record ahead of the weekend tournament and was favored to win the 110-pound weight class in the championship.

On Saturday, he beat Chelsea Sanchez 12-2 to earn the championship.

In some of his first media comments since the story was widely reported, Beggs said I wouldnt be here today if it werent for my teammates, the Dallas Morning News reported on its website.

Thats honestly what the spotlight shouldve been on, my teammates, he added.

Beggs family has sought to have him wrestle as a boy, and some of his opponents have said he has an unfair advantage among girls because of the testosterone he is taking as a part of his transition.

The University Interscholastic League, which governs school sports in Texas, said that the states education code allows the use of a banned drug such as steroids if it is prescribed by a medical practitioner for a valid medical purpose.

About a week ago, Beggs won a regional championship after a female wrestler from a Dallas-area high school forfeited the final.

The parent of another girl who wrestles for the same Dallas-area high school had filed a lawsuit trying to block Beggs, saying his use of testosterone increases his strength, which could pose a risk to opponents.

Nancy Beggs, Mack Beggs grandmother and guardian, told the Dallas Morning News after the forfeit in the regional championship match: Today was not about their students winning. Today was about bias, hatred and ignorance.

Lou Weaver, who runs transgender programs for the LGBT rights group Equality Texas, said Beggs is abiding by current state rules, which need to be updated, so that guys like Mack can wrestle with their peers, which would be on the boys team.

Simon
← Previous Story Heal thyself: meet the doctors living with the conditions they treat
Next Story → The 100 best nonfiction books: No 56 Life on the Mississippi by Mark Twain (1883)