As previously barred travellers prepare to fly back to the US, the DoJ says the Washington state ruling second-guesses the presidents security judgment 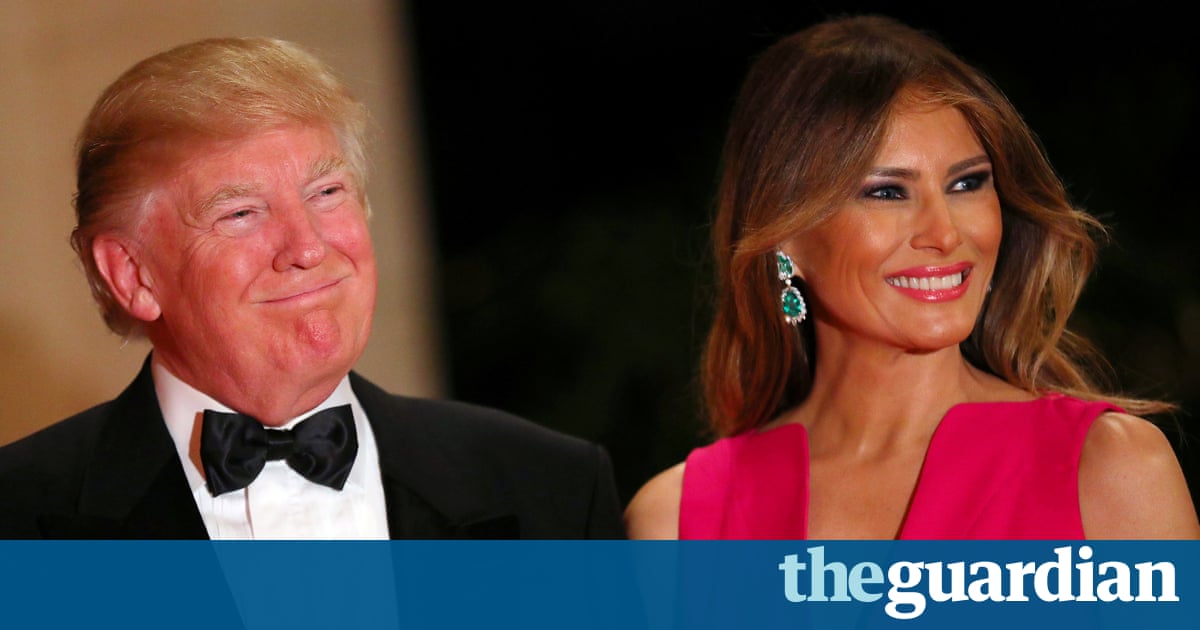 The US justice department has filed an appeal against a judges order lifting Donald Trumps controversial travel ban, as the new administrations flagship immigration policy threatened to unravel after one week.

After the appeal was lodged on Saturday, Trump told reporters at his private Mar-a-Lago resort in Palm Beach, Florida: Well win. For the safety of the country, well win.

Trumps comments followed a personal attack on US district judge James Robart, the Seattle-based justice who made the court ruling on Friday which questioned the constitutionality of Trumps order banning entry to the US by people from seven mainly Muslim countries.

But the justice department filing warned that Robarts ruling posed an immediate harm to the public, thwarted enforcement of an executive order and second-guesses the presidents national security judgment about the quantum of risk posed by the admission of certain classes of (non-citizens) and the best means of minimizing that risk.

The filing also criticised Robarts legal reasoning, saying it violated the separation of powers and stepped on the presidents authority as commander chief. The appeal said the state of Washington lacked standing to challenge the order and said
Congress gave the president the unreviewable authority to suspend the admission of any class of visitor.

Earlier on Saturday, Trump had unleashed a Twitter assault on Robart. The opinion of this so-called judge, which essentially takes law-enforcement away from our country, is ridiculous and will be overturned! Trump tweeted.

Trump, who has said extreme vetting of refugees and immigrants is needed to prevent terrorist attacks, continued to criticise the decision in tweets throughout Saturday.

The judge opens up our country to potential terrorists and others that do not have our best interests at heart. Bad people are very happy! he tweeted.

The justice departments appeal promises to create a showdown between the new administration and the judiciary over a policy that Trump consistently promised to deliver while on the campaign trail.

But the bans implementation has also placed under close scrutiny the role of the authors of the travel ban order Trumps strategist Steve Bannon and aide Steven Miller as the administration tries to assert its authority on the Washington bureaucracy.

After a week of chaos at airports across the US since the ban was imposed, the department of homeland security said on Saturday it would return to its normal procedures for screening travellers as it lifted the restrictions in accordance with the court ruling.

Refugees and thousands of travellers from Iran, Iraq, Libya, Somalia, Sudan, Syria and Yemen who had been prevented from travelling since last weekend by Trumps executive order scrambled to get flights to quickly enter the United States.

Immigration advocacy groups including the American Civil Liberties Union and International Refugee Assistance Project issued a joint statement on Saturday urging those with now valid visas from the seven nations to consider rebooking travel to the United States immediately because the ruling could be overturned or put on hold.

A US state department email seen by Reuters said the department was working to begin admitting refugees, including Syrians, as soon as Monday.

The justice department did not say when it would file its appeal with the ninth circuit US court of appeals.

A three-judge panel will decide whether to uphold the order or suspend it pending a full appeal. The panel consists of appointees of George W Bush and two former Democratic presidents, Jimmy Carter and Barack Obama. Its ruling could come at any time.

The appeal now goes to a three-judge panel which can act at anytime to uphold the order or suspend it pending a full appeal. A Justice Department spokesman declined to comment beyond the filing.

The travel ban brought protests across the US and the world at the weekend. In America there were demonstrations in New York, Philadelphia and Los Angeles among others, and also outside Trumps Florida resort on Saturday night where he was attending a ball with his wife Melania. There were also protests in London, Paris, Berlin, Jakarta, Manila, Hong Kong, Sydney and Melbourne.

Trumps attack on Robart also brought an angry response from Democrats. Nancy Pelosi, the Democratic leader in the House, said: No matter how many times the president attacks this judge it wont change the fact that this ban is unconstitutional, immoral and dangerous.

Democratic senator Patrick Leahy of Vermont said in a statement on Saturday that Trumps hostility toward the rule of law is not just embarrassing, it is dangerous. He seems intent on precipitating a constitutional crisis.

Criticising the judges decision could make it tougher for justice department attorneys as they seek to defend the executive order in Washington state and other courts, said Jonathan Turley, a law professor at George Washington University.

Presidents were usually circumspect about commenting on government litigation. Its hard for the president to demand that courts respect his inherent authority when he is disrespecting the inherent authority of the judiciary. That certainly tends to poison the well for litigation, Turley said.

It is unusual for a president to attack a member of the judiciary, which the US constitution designates as a check to the power of the executive branch and Congress. Reached by email on Saturday, Robart declined comment on Trumps tweets.

In an interview with ABC scheduled to air on Sunday, vice president Mike Pence said he did not think Trumps criticisms of the judge undermined the separation of powers. I think the American people are very accustomed to this president speaking his mind and speaking very straight with them, Pence said, according to an excerpt of the interview.

The court ruling was the first move in what could be months of legal challenges to Trumps push to clamp down on immigration.

The sudden reversal of the ban catapulted would-be immigrants back to airports, with uncertainty over how long the window to enter the US will remain open.

In Erbil, the capital of the Kurdish region of northern Iraq, Fuad Sharef and his family prepared to fly on Saturday to Istanbul and then New York before starting a new life in Nashville, Tennessee.

I am very happy that we are going to travel today. Finally, we made it, said Sharef, who was stopped from boarding a New York-bound flight last week.