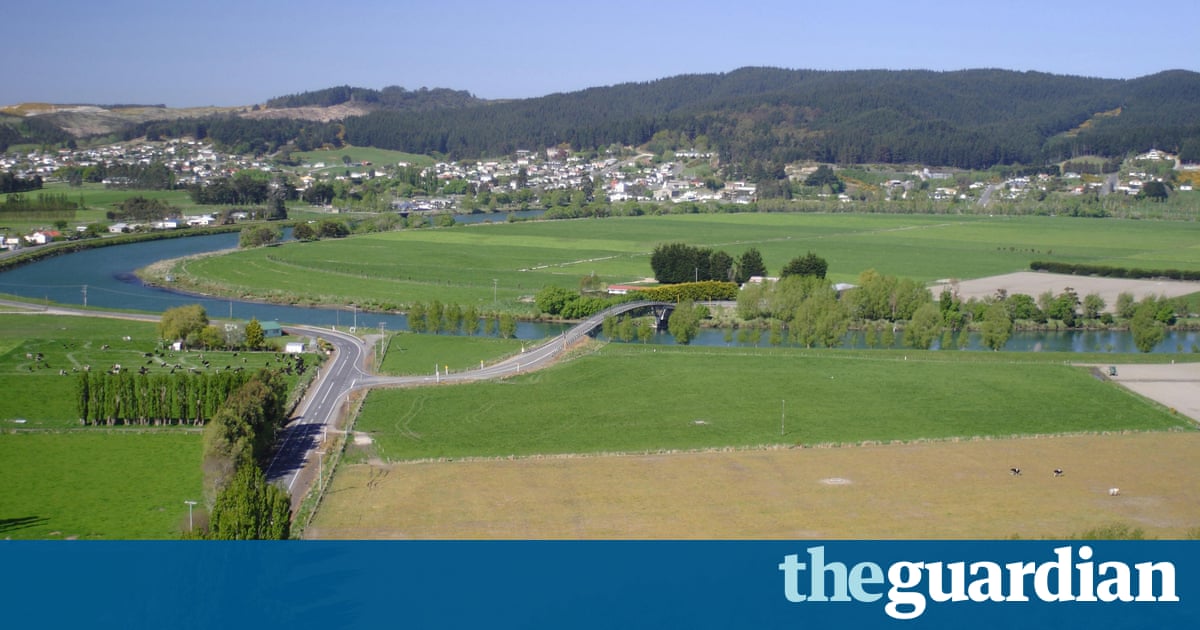 When the afternoon air begins to cool and work becomes a chore, I drive 10 minutes north of town hall. Past shetland ponies, fat sheep and Kereru (wood pigeons) to a hilly forest whose winding tracks are usually empty.

The dogs run free and I breathe deeply, walking without music, conversation or a beeping phone. Its the best part of my day. I usually tell my editors Im in a meeting.

A few weeks ago after Brexit but before Nice I woke to news of explosions at Ataturk International airport in Turkey. After weeks of bombs and disorder in the northern hemisphere this one hit home, and my gut roiled anxiously. Whats happening in the north, when will it stop?

I wrote to my editor: Shall we have some good news today, for levity?

I filed a short piece on the tiny New Zealand town of Kaitangata with too many jobs, too many affordable homes and not enough people to fill them. Residents were inviting migrants to come and live the Kiwi dream.

Overnight, Kaitangata went viral. There were 10,000 enquiries from around the world (but overwhelmingly the US and UK), and the mayor had to unplug his home phone.

Since Trump, since Brexit, since Orlando, Turkey, Dallas, Nice and Germany New Zealand has become the northern hemispheres escape route. A Plan B for people reeling from a year that seems more chaotic and violent than any inliving memory.

Billy Crystal has said he will move to Aotearoa if Trump is elected, and so too has associate justice of the US supreme court Ruth Bader Ginsburg.

In the three days after Brexit, Immigration New Zealands website had over 5,000 visits a day from the UK, and move to New Zealand became a top Google search term.

But this fetishisation of New Zealand makes me uneasy. I feel people have been duped by the superb marketing campaign that was 100% Pure New Zealand, and the lush, intoxicating fantasy world of The Lord of the Rings.

What is true is that New Zealand is overwhelming beautiful. Its also true that in rural towns and small cities like Dunedin, where I live, community-minded values have been preserved, house prices are affordable and in some places jobs aplenty.

My local cafe knows I drink flat whites, and my local pub pours me Rua pinot noir on arrival. Gun violence is a foreign concept, and frugality is widely applauded, not derided.

Lives do move more gently here, especially in the deep south. I dont know anyone who boasts of chronic exhaustion as an indication of a meaningful life, or who doesnt have time to cook, exercise, or spend time with their family. Those pillars arent luxuries here, but for many, an accepted normality.

This is the stuff that fuels the escape fantasies. That fits with the dream of moving south to bake bread in the morning, work a half day, surf as the sun goes down, and drink sauvignon blanc while you cook lamb from the neighbours farm.

What many people dont know is what I try to cover in my work for the Guardian.

That we have the second highest rate of youth suicide in the OECD. That a third of our children live below the poverty line and 10% of our working-age population is on social welfare.

Many New Zealand homes are cold, mouldy and damp, and our prisons are over-flowing. We have serious problems with alcohol, methamphetamine and cannabis the Kiwi way is to binge to the point of oblivion.

Choosing to live at the bottom of the planet can sometimes feel like you have checked out of life that you cant hack it in the real world. The perennial angst of antipodeans, former convicts are we good enough? Why do we live on islands that are so far away, and so expensive to flee?

Despite Aucklands current housing crisis, and record-levels of immigration, I strongly believe New Zealand is underpopulated. Rural towns like Kaitangata, Murupara and Tokoroa would flourish with an injection of migrants, be they Trump escapees, Syrian refugees or London professionals worn out by the grind and the added stress of Brexit.

I have had emails from refugees asking me to help get their children on a boat to New Zealand. Seen resort settlements like Wanaka and Waiheke Island fill with retired wealthy expats.

The mayor of Kaitangata, Bryan Cadogan, is eagerly waiting for fresh faces in his humble town. So am I, sort of. But please come with your eyes wide open. If youre expecting paradise, youll be sorely disappointed.

Simon
← Previous Story Police Go Above The Call Of Duty To Celebrate Boys Birthday Party
Next Story → WATCH OUT: Pokemon Are Fighting Back!