Trump has the power to fight China on human rights. Will he use it? 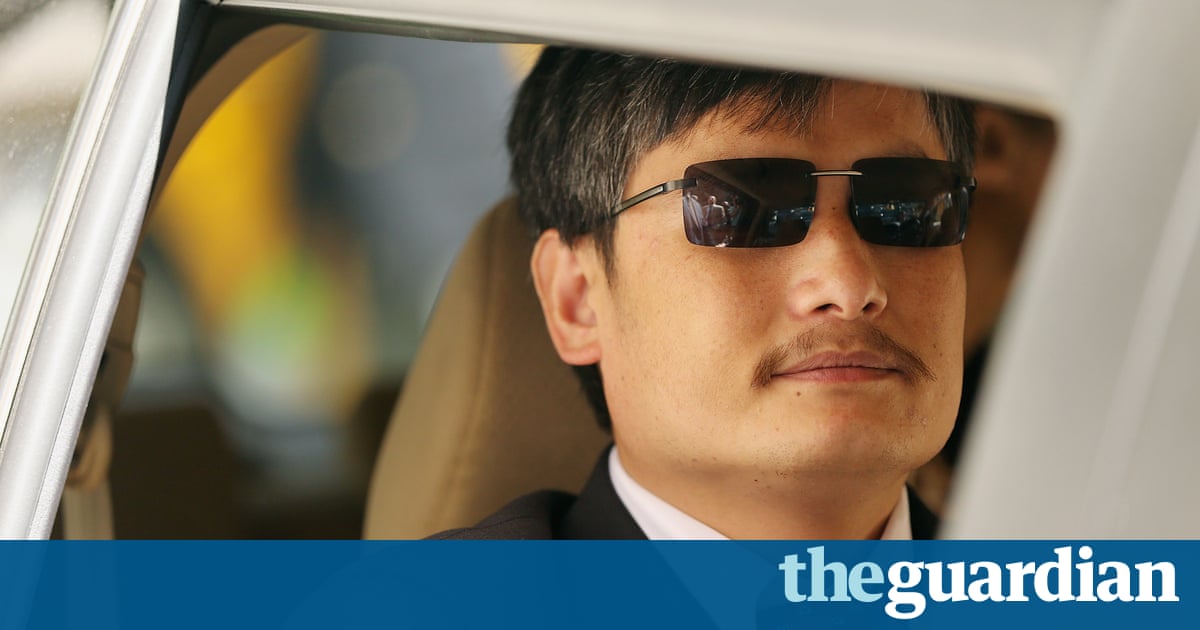 Now a newly formed NGO is hoping to push the US to sanction a slew of Chinese names, focusing on prosecutors and police who handle cases of prominent human rights activists. Potential punishments including travel bans, freezing assets and seizing property.

There is well documented evidence that Chinese officials routinely commit gross violations of human rights against dissidents and human rights defenders, said Senator Benjamin Cardin, the sponsor of the law. Those officials responsible for such violations should be investigated under the act.

The Magnitsky Act was first passed in 2012 but until December 2016 it only applied to Russia. It is named after the Russian lawyer Sergei Magnitsky, who was accused officials of stealing state funds and subsequently died in custody.

It was used this month to blacklist five Russian officials including Alexander Bastrykin, the powerful head of Russias investigative committee who reports directly to Vladimir Putin.

With its global expansion in December a group of veteran China activists established the China Human Rights Accountability Center with the singular goal of collecting evidence to mount cases under the Magnitsky Act.

Chinas human rights record is the worst in the world, surely in terms of scale, and this law sends a strong and clear message to Chinese officials, said Teng Biao, one of the founders and a visiting fellow at New York University. Being sanctioned would be a huge embarrassment and a confirmation of the suffering inflicted by so many.

While convincing the US government to publicly sanction Chinese officials may be an uphill battle, the law specifically says the president will consider information obtained by nongovernmental organisations.

The state department will submit a report to Congress sometime in April with a list of names. Even if the activists fail in having all of them sanctioned, they plan to put the detailed evidence on their website for the public to see.

The name of the game is to scare, shame and embarrass officials who violate human rights, said Yaxue Cao, another founder and editor of the human rights website ChinaChange.org.

The group is preparing to submit evidence for at least three names so far, including Jia Lianchun, a judge who presided over the trials of three prominent human rights activists including the Nobel Peace Prize laureate Liu Xiaobo. Liu was jailed for 11 years.

The others are Xia Baolong, who led a campaign against Christian groups as the Communist party boss of Zhejiang province; and Li Qun, who put the blind human rights lawyer Chen Guangcheng under house arrest. Chen is also a founding member of the accountability centre.

Other potential targets for the NGO are the police and prosecutors who handled the case of Cao Shunli, a rights lawyer who died in 2014 like Magnitsky, in police custody. The centre also plans to investigate the officials who prosecuted Ilham Tohti, an economics professor and member of the Uighur minority who was jailed for life and later given the prestigious Martin Ennals award.

In the past the US criticised and we expressed our values but we really havent had any very effective tools to influence China, said Susan Shirk, a former US deputy assistant secretary of state. It was a very frustrating situation to feel that we dont have the tools to really have much impact in these types of cases.

Shirk, who is now the chair of the 21st Century China Centre at the University of California San Diego, pointed to US citizens held in China and often denied due process as a group that could benefit from the Magnitsky Act.

One prominent case is that of Sandy Phan-Gillis, an American who was charged with spying after being held for over a year and is believed to have been tortured, with the UN saying her detention is a violation of international law.

Many human rights activists in China and around the world are worried that Trumps presidency will mean less focus on human rights but members of Congress have made clear it is still a foreign policy priority.

We look forward to working with the new administration to make sure that the law is carried out in full, and without fear or favour, Cardin said.

We expect that the administration will take the necessary actions to implement the law and we in Congress will do our job of oversight to make sure that that is the case.

Members of the centre say they hope professional diplomats will still push these causes, with Cao saying: Trump cant control everyone and there are many in the state department passionate about human rights.

Trump has said he wants to restart, rethink and remap China-US relations, and he will put human rights into play because thats something he can use in negotiations.

Considering how bad Chinas human rights record is, if no Chinese officials are on the list then that will stink for Trumps administration.

While most of the NGOs founding members are based in the US, Hu Jia, having been denied a passport for years, remains in Beijing and could bear the brunt of any government reprisals.

This is very dangerous work, but ever since I started doing human rights work I was more concerned for my familys wellbeing than my own, Hu said. Im the man of action on the ground and I hope I can help bring this law to life, give it power and have it make an impact.

Police have been stationed outside Hus home for more than a decade beginning in 2004, even keeping watch over his wife and daughter while he was in prison for three and a half years. But Hu feels more at ease that only he will bear the brunt of any government reprisal now that his ex-wife and daughter are living in Hong Kong.

On the surface all these officials are very patriotic but in reality theyve all stashed their money in the US, Hu said.