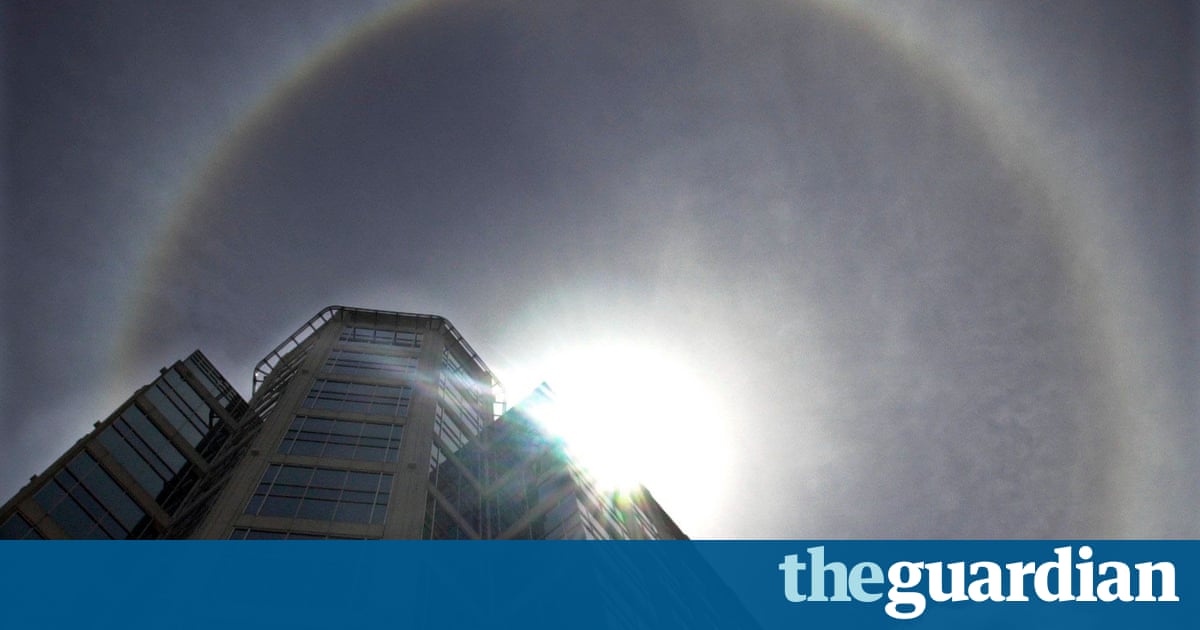 Harvard engineers who launched the worlds biggest solar geoengineering research program may get a dangerous boost from Donald Trump, environmental organizations are warning.

Under the Trump administration, enthusiasm appears to be growing for the controversial technology of solar geo-engineering, which aims to spray sulphate particles into the atmosphere to reflect the suns radiation back to space and decrease the temperature of Earth.

Sometime in 2018, Harvard engineers David Keith and Frank Keutsch hope to test spraying from a high-altitude balloon over Arizona, in order to assess the risks and benefits of deployment on a larger scale.

Keith cancelled a similar planned experiment in New Mexico in 2012, but announced he was ready for field testing at a geoengineering forum in Washington on Friday.

The context for discussing solar geoengineering research has changed substantially since we planned and funded this forum nearly one year ago, a forum briefing paper noted.

While geoengineering received little favour under Obama, high-level officials within the Trump administration have been long-time advocates for planetary-scale manipulation of Earth systems.

David Schnare, an architect of Trumps Environmental Protection Agency transition, has lobbied the US government and testified to Senate in favour of federal support for geoengineering.

He has called for a multi-phase plan to fund research and conduct real-world testing within 18 months, deploy massive stratospheric spraying three years after, and continue spraying for a century, a duration geoengineers believe would be necessary to dial back the planets temperature.

Geoengineers argue that such methods would be an inexpensive way to reduce global warming, but scientists have warned it could have catastrophic consequences for the Earths weather systems.

Clearly parts of the Trump administration are very willing to open the door to reckless schemes like David Keiths, and may well have quietly given the nod to open-air experiments, said Silvia Riberio, with technology watchdog ETC Group. Worryingly, geoengineering may emerge as this administrations preferred approach to global warming. In their view, building a big beautiful wall of sulphate in the sky could be a perfect excuse to allow uncontrolled fossil fuel extraction. We need to be focussing on radical emissions cuts, not dangerous and unjust technofixes.

A White House report on climate change research submitted to Congress in January called for the first time ever for research into geoengineering.

Within Republican ranks, former House speaker and Trump confidant Newt Gingrich was one of the first to start publicly advocating for geoengineering.

Geoengineering holds forth the promise of addressing global warming concerns for just a few billion dollars a year, he said in 2008, before helping launch a geoengineering unit while he ran the right-wing think tank American Economic Enterprise. We would have an option to address global warming by rewarding scientific innovation. Bring on American ingenuity. Stop the green pig.

US Secretary of State Rex Tillerson has also appeared to support geoengineering, describing climate change as an engineering problem. ExxonMobils funding of the climate denial industry is under investigation by attorney generals in the United States, but its less well known that ExxonMobil scientists under Tillersons reign as CEO were leading developers of geo-engineering technologies like carbon dioxide removal.

Asked about solutions to climate change at an ExxonMobil shareholder meeting in 2015, Tillerson said that a plan B has always been grounded in our beliefs around the continued evolution of technology and engineered solutions.

We are not unalterably committed to doing the experiment, said David Keith on Friday. Were headed down the road of doing that, but depending on what an advisory committee says and what we learn technically were certainly willing to stop. Our long term goal is to build a sustainable effort in solar geoengineering research that allows us to say more about ways it might actually provide public benefit.

Critics like Riberio point out that those who dont believe in human-induced climate change may still support geoengineering, which can be presented as a method to deal with the consequences of a warming planet without stopping the burning of fossil fuels.

The Harvard experiment may fly in the face of a moratorium on geoengineering adopted in 2010 by the United Nations Convention on Biological Diversity, which was reaffirmed in December in Mexico. The United States is one of the few countries to not ratify the UN convention, creating a potential loophole for experiments.

The experiments site in Tucson, Arizona may also invoke issues of jurisdictional controversy with Mexico stratospheric winds can blow up to 200 miles per hour, and the border is only 75 miles away.

Other geoengineering experiments like cloud whitening may go ahead in the United States, as well as experiments supported by the governments of China and Russia, though both are signatories to the UN moratorium.