Trump suggests he may drop Russia sanctions if Moscow ‘is helpful’ 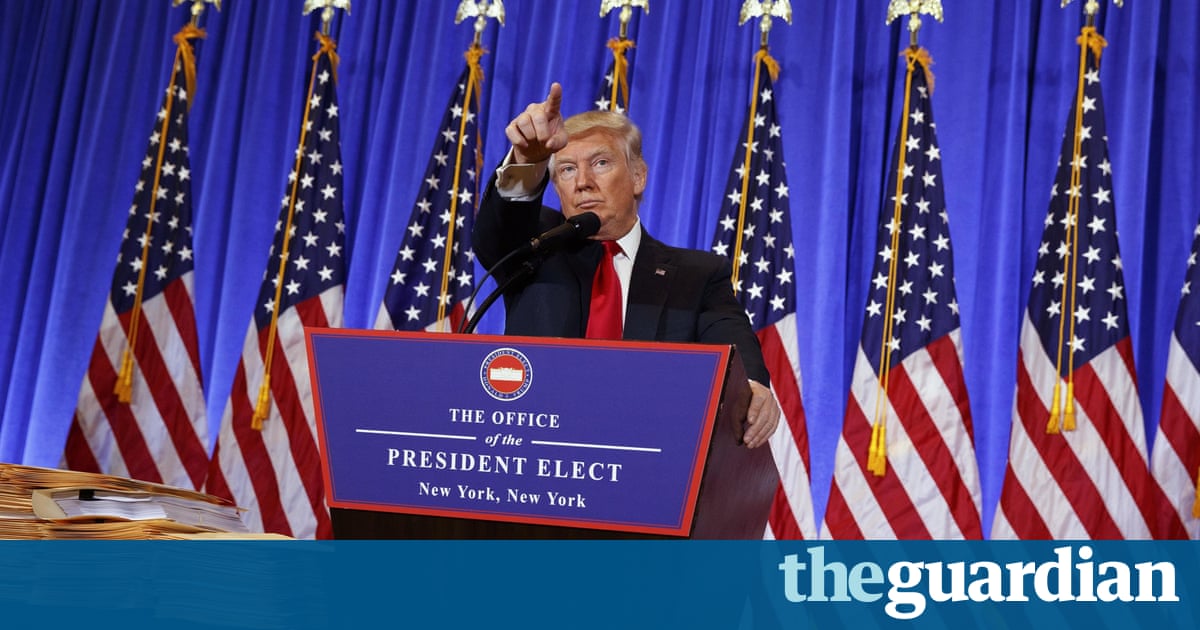 Donald Trump has suggested he might drop sanctions against Russia and that the communist party rulers in Beijing needed to show good faith on currency and trade practices before he committed to a One China policy on Taiwan.

In fresh signs that the US president-elect is prepared to reshape longstanding Washington foreign policy, he told the Wall Street Journal that he would keep sanctions against Russia in place at least for a period of time.

But he added: If you get along and if Russia is really helping us, why would anybody have sanctions if somebodys doing some really great things?

Trumps policy towards Russia is the subject of intense interest in Washington amid a Senate inquiry into allegations that the Kremlin ordered a hacking operation against the Democratic party to help the billionaire politician win the November election.

Trump who has praised Vladimir Putin for being very smart said he was willing to meet the Russian president in the months after he moves into the White House following his January 20 inauguration.

I understand that they would like to meet, and thats absolutely fine with me, he said.

Controversy also surrounds the Trump administrationss attitude towards China, with soon-to-be secretary of state Rex Tillerson warning Beijing this week that China would not be allowed access to its artificial islands in the South China Sea.

Asked if he supported the One China policy on Taiwan that has underpinned US relations with Beijing for decades, Trump said: Everything is under negotiation including One China, the Journal reported.

Trump caused offence in Beijing when he took a congratulatory telephone call from Taiwans president in the wake of his election victory a breach of the One China protocol under which Washington agreed to withdraw diplomatic recognition of the island nation as part of a deal to open up relations with the mainland.

During the election campaign Trump said he would label China a currency manipulator on the first day of taking office. The yuan has fallen steadily against the dollar in recent years, bringing accusations from the US that Beijing has deliberately forced its currency lower to gain a market advantage for its exports.

Trump told the Journal he would stop short of officially branding China a manipulator but was critical of Beijings financial policies and said: Certainly they are manipulators.

Instead of saying: Were devaluating our currency, they say, oh, our currency is dropping. Its not dropping. Theyre doing it on purpose.

Our companies cant compete with them now because our currency is strong and its killing us, Trump said.