Military spending would get the biggest boost in Trumps proposed budget, with the environmental and state departments facing the greatest reductions 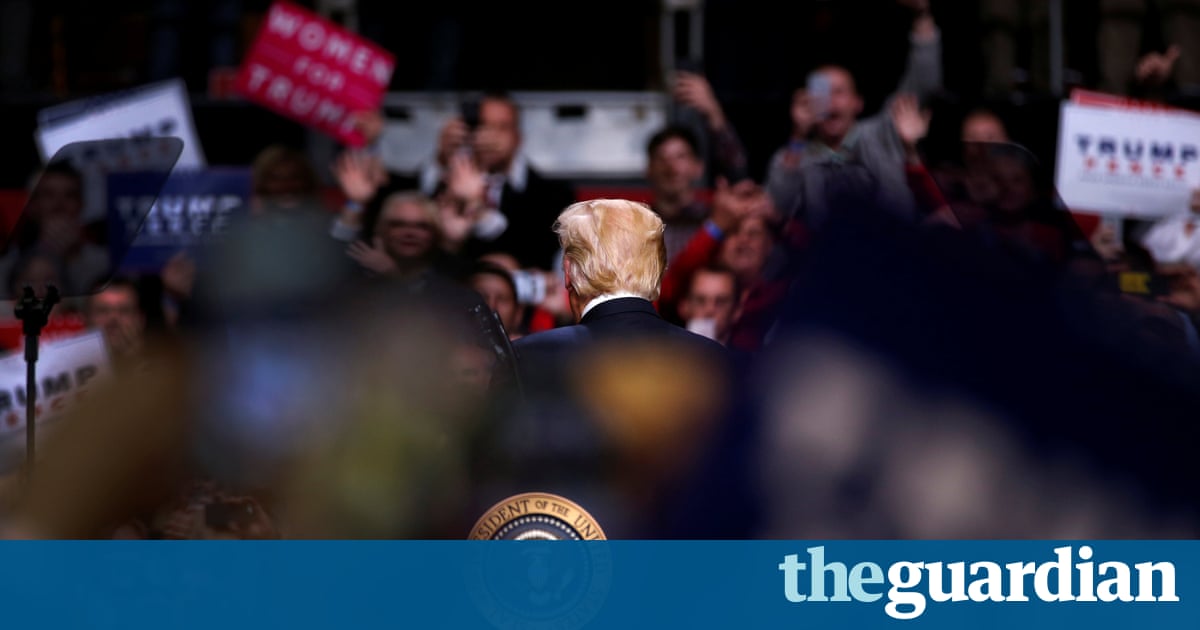 Donald Trump will ask Congress for dramatic cuts to many federal programs, with the Environmental Protection Agency (EPA) and Department of State stand out as targets for the biggest spending reductions.

Under his federal budget proposal, funding would disappear altogether for 19 independent bodies that count on federal money for public broadcasting, the arts and regional issues from Alaska to Appalachia. Meanhile, he will seek to increase defense spending, start building a wall on the border with Mexico and spend more deporting undocumented immigrants.

Trumps budget outline is a bare-bones plan covering just discretionary spending for the 2018 fiscal year starting on 1 October. It is the first volley in what is expected to be an intense battle over spending in the coming months in Congress, which holds the federal purse strings and seldom approves presidents budget plans.

Congress, controlled by Trumps fellow Republicans, may reject some or many of his proposed cuts. Some of the proposed changes, which Democrats will broadly oppose, have been targeted for decades by conservative Republicans.

Trump is willing to discuss priorities, said White House budget director Mick Mulvaney, a former South Carolina congressman who made a name for himself as a spending hawk before Trump plucked him for his Cabinet.

The president wants to spend more money on defense, more money securing the border, more money enforcing the laws, and more money on school choice, without adding to the deficit, Mulvaney told a small group of reporters during a preview on Wednesday.

If they have a different way to accomplish that, we are more than interested in talking to them, Mulvaney said. The defense increases are matched by cuts to other programs so as to not increase the $488bn federal deficit.

Mulvaney acknowledged the proposal would likely result in significant cuts to the federal workforce.

You cant drain the swamp and leave all the people in it, Mulvaney said.

In Trumps budget proposal, the Department of Homeland Security would get a 6.8% increase, with more money for extra staff needed to catch, detain and deport undocumented immigrants.He will also ask Congress for $54bn more to spend on defense including $2bn for nuclear weapons.

In addition, Trump is seeking $1.5bn for the border wall with Mexico in the current fiscal year – enough for pilot projects to determine the best way to build it – and a further $2.6bn in fiscal 2018, Mulvaney said.

The estimate of the full cost of the wall will be included in the full budget, expected in mid-May, which will project spending and revenues over 10 years.

Trump has vowed Mexico will pay for the border wall, which the Mexican government has flatly said it will not do. The White House has said recently that funding would be kick-started in the United States.

His initial budget outline does not incorporate his promise to pour $1tn into roads, bridges, airports and other infrastructure projects. The White House has said the infrastructure plan is still to come.

The voluminous budget document will include Trumps views on mandatory entitlements: big-ticket programs such as social security and Medicare, which Trump vowed to protect on the campaign trail.

Mulvaney said the core functions of those agencies would be preserved. Also hit hard would be foreign aid, grants to multilateral development agencies like the World Bank and climate change programs at the United Nations.

Regional programs to clean up the Great Lakes and Chesapeake Bay would be sent to the chopping block.

Community development grants at the housing department around since 1974 were cut in Trumps budget, along with more than 20 education department programs, including some funding program for before and after- school programs.

Trumps rural base did not escape cuts. The White House proposed a 21% reduction to the agriculture department, cutting loans and grants for wastewater, reducing staff in county offices and ending a popular program that helps farmers donate crops for overseas food aid.

Some programs would tread water: WIC grants money to states for healthcare and nutrition for low-income women, infants and children are one example. Money for states grants for water infrastructure projects would be held level as well.

The Health and Human Services Department is facing the largest cut in dollar terms: $12.6bn, or 16.2%. The plan would cut $5.8bn from the nearly $32bn National Institutes of Health, the nations top medical research agency. Its not clear what research on diseases or disorders would lose the most money, although the budget plan specifically calls for elimination of a division that focuses on global health.

School choice programs would get $1.4bn to expand, bringing spending in that area to $20bn, even as the education departments overall budget would be cut by $9bn, or 13%.