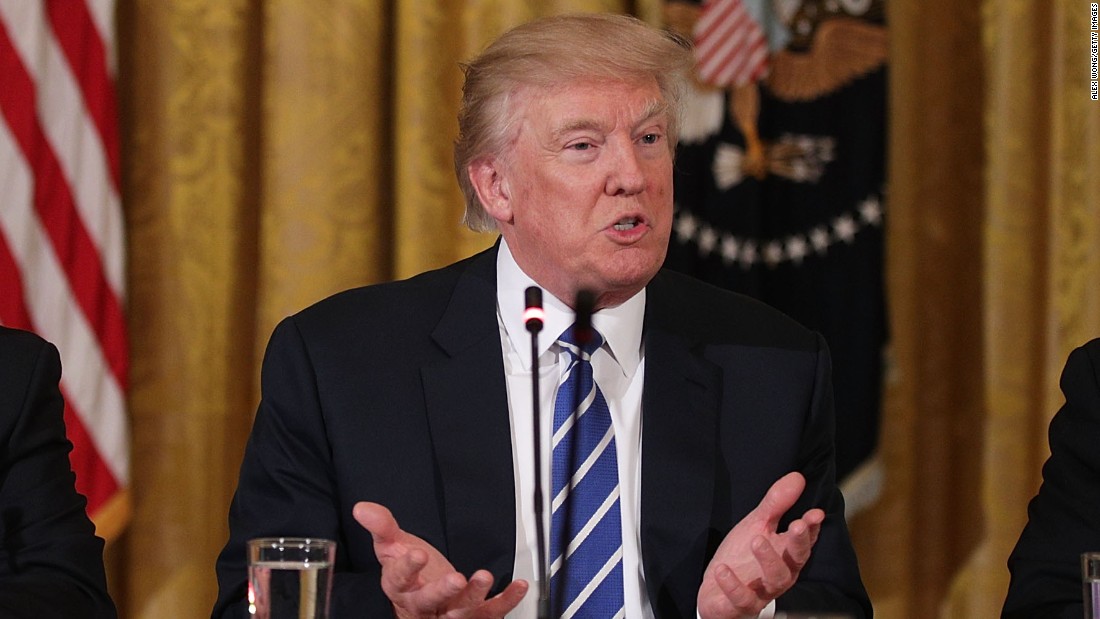 During the hour-long meeting, sources said Trump chastised the groups — including Club for Growth, the Heritage Foundation, Americans for Prosperity, FreedomWorks and the Tea Party Patriots — for calling the House GOP proposal “Obamacare lite,” warning the tea party activists, “you are helping the other side.”
In true Trump fashion, the President jumped into salesman mode, sources at the meeting said.
“This is going to be great. You’re going to make it even greater,” the President told the group. “I’m going to work hard to get it done.”
The meeting between Trump and the conservative leaders also included White House senior advisers Steve Bannon, Reince Priebus, Kellyanne Conway and Marc Short, as well as other top West Wing staff.
Sources at the meeting said White House aides showed some openness to one aspect of the House GOP plan that has become an irritant to tea party aligned groups: the provision that pushes back an overhaul of the expansion Obamacare Medicaid funding until 2020.
The conservative groups at the meeting asked that the date be moved up to January 1, 2018. White House aides said they were “open to discussing” it, sources said.
Concerns were also raised about the tax credits in the House GOP plan which allow lower-income Americans to buy health insurance, financial assistance that tea party groups see as subsidies.
“They counter-punched hard on that,” a source at the meeting said of the White House response.
Office of Management and Budget director Mick Mulvaney, a former member of the conservative House Freedom Caucus, gave an impassioned defense of the tax credits, a display that surprised attendees from the conservative groups.
“He was very defensive about it,” one attendee said about Mulvaney.
Confident that the health care plan will pass the House, Trump laid out his strategy for winning passage in the Senate, telling the meeting he will campaign heavily in red states featuring vulnerable Democrats up for re-election.
“Trump said he will have football stadium events in states where he won by 10-12 points and he is going to dare people to vote against him,” a source at the meeting said.
As for prominent Republican opponents of the health care plan, Trump sounded optimistic.
On Kentucky Sen. Rand Paul, the President was effusive about his one-time primary rival.
“I love him. He’s a friend. He’s going to end up voting for it,” the President told the group.
A source at the meeting was astonished as to how White House staff could have been so blindsided by the initial conservative opposition to the GOP plan.
“We telegraphed it for weeks,” one tea party official at the meeting said.
A WH official at the meeting said: “It was a legit policy meeting — real discussion about specifics.”
“The president expressed that he was open to things that could improve the bill, but was also clear that this is the vehicle — this is the chance to repeal and replace.”