President directs government agencies to ease burden of Obamacare, then uses evening engagements to hit out at media and people that werent so nice to me 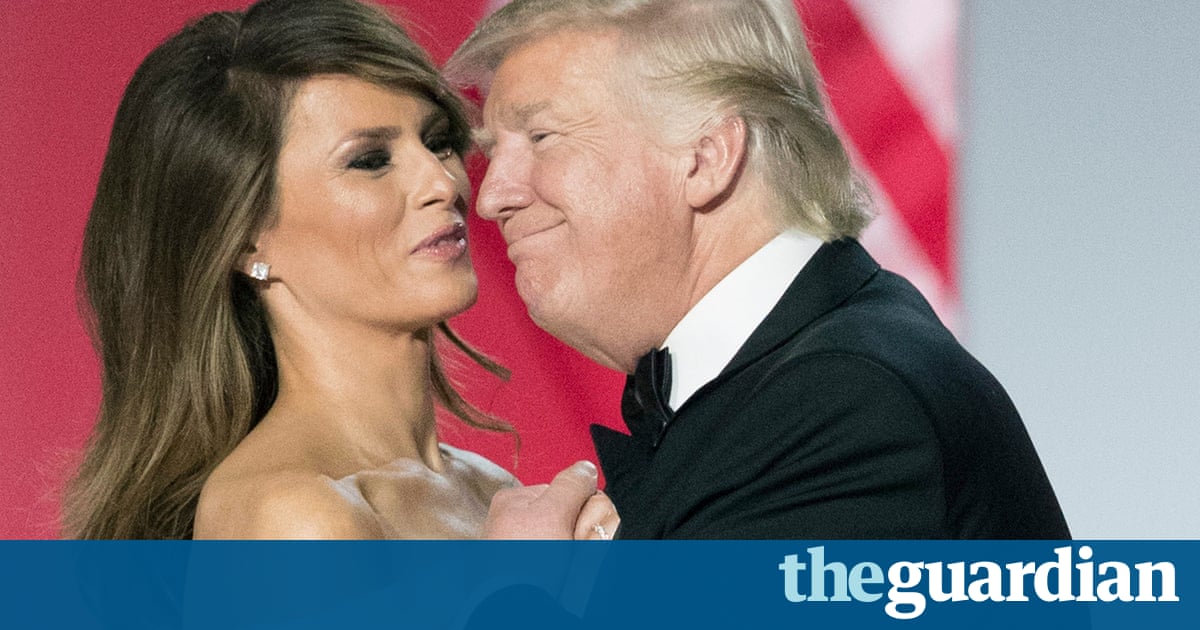 Donald Trump has attended three inaugural balls in Washington, marking an end to his first day in office.

He told the many supporters gathered at the balls that his first day as commander-in-chief was great: People that werent so nice to me were saying that we did a really good job today.

Its like God was looking down on us, he said.

With his wife, Melania, the first couple danced to Frank Sinatras My Way before being joined on stage by deputy president, Mike Pence, and his wife and Trump family members.

The newly installed president asked the crowd whether he should keep his Twitter account going, to roars of apparent approval. He said his all-hours tweeting to his more than 20 million followers was a way of bypassing dishonest media.

The balls followed Trump issuing his first executive orders from the Oval Office where he directed government agencies to ease the burden of the Affordable Care Act on Friday night. The new president campaigned on repealing Obamacare and replacing it with something terrific.

However, these actions fell far short of the big promises Trump made for his first day in office on the campaign trail.

Trump took pleasure in boasting about the feats he would accomplish in his first 24 hours in the Oval Office, ranging from building a wall on the US-Mexico border to promises to announce a renegotiation of Nafta and withdrawal from the Trans-Pacific Partnership.

There was also a broad statement that he would cancel every unconstitutional executive action, memorandum and order issued by President Obama.

On Friday, however, the reality seemed far more restrained. Many of the first steps for the new administration had been postponed until Monday morning, three days after he assumed office. With a slow transition process that did not lead to the announcement of a full cabinet until the day before the inauguration, members of the new administration tamped down on expectations.

The vice-president, Mike Pence, said as much on Wednesday, telling CNN the administrations first day really wouldnt be Friday or even Saturday. I think you can expect that President Donald Trump will hit the ground running on day one come Monday morning, he said.

A source familiar with the transition indicated to the Guardian that many administration staffers would not even begin their orientation until Monday, although it was noted that appointees in many key positions were poised to be sworn in at 12.01pm Friday.

Some administration priorities are likely to wait for months. Although Trump has long insisted he will move the US embassy in Israel from Tel Aviv to Jerusalem, a source familiar with administration foreign policy indicated that no such step was likely for months and would in any case wait for Trumps pick for US ambassador, David Friedman, to be confirmed.

Friedman is not scheduled to receive a hearing until February and is unlikely to be confirmed until March at the earliest.

Surprisingly, for all of Trumps promises for executive action on his first day, he signed his first bill hours before his first executive order. Shortly after taking the oath of office Trump, signed a law that would give Gen James Mattis, his nominee for defense secretary, the needed waiver to serve in a ceremony in the Capitol. US law requires any potential defense secretary to have been retired from the military for seven years. Mattis retired from the marines in 2014.

At the inauguration celebrations, supporters did not to focus on specifics. Many touted their belief in the new presidents ability to bring back jobs and, of course, make America great again.

Simon
← Previous Story My boss has added me on Facebook. Should I accept?
Next Story → New online generation takes up Holocaust denial