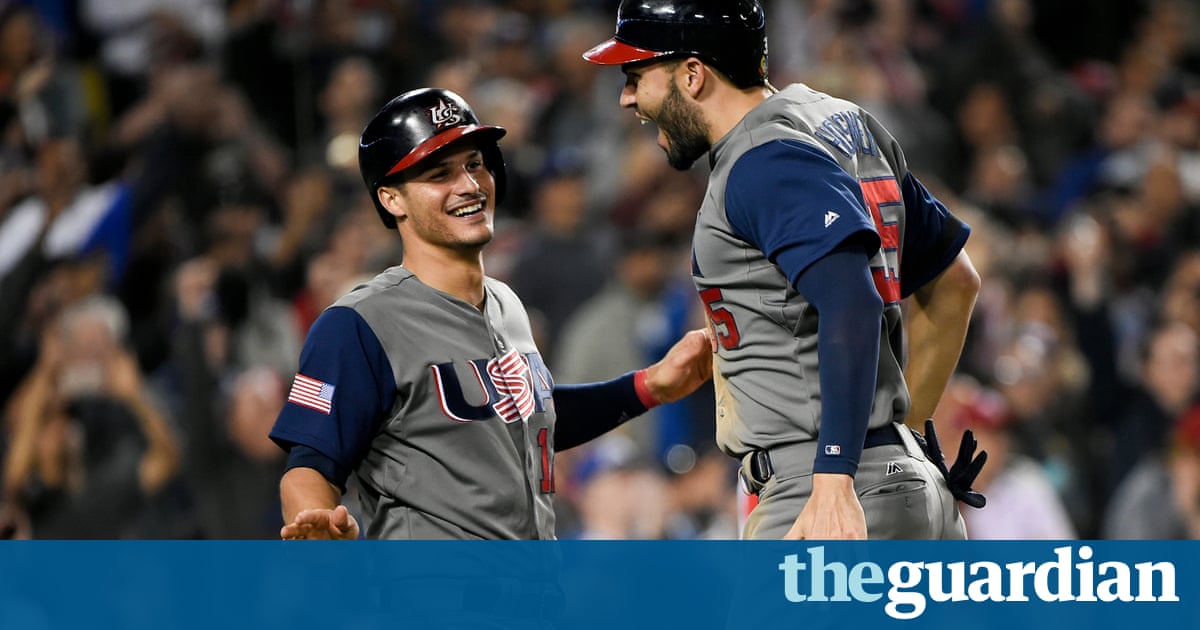 Stroman dominated the tournaments highest-scoring team. Puerto Rico lost for the first time in eight games after outscoring the opposition 55-26. The US territory finished runners-up for the second time, having lost to the Dominican Republic in the 2013 final.

Stroman, who was named the tournaments MVP, avenged his shakiness in the Americans 6-5 loss to Puerto Rico during pool play. The right-hander from the Toronto Blue Jays retired the side on three grounders to open the game. In all, he gave up one hit, struck out three and walked one on 73 pitches.

He allowed just three balls past the infield until Angel Pagans double in the left-field corner leading off the seventh, when Stroman departed to a standing ovation, having staked the Americans to a 7-0 lead.

Stroman walked Carlos Beltran leading off the second, but the defense helped him out. Yadier Molina hit the ball to shortstop Brandon Crawford, who started a double play before Stroman struck out Javier Baez to end the inning.

The US pounded out 13 hits and finished with a 6-2 record while making the final for the first time in front of 51,565 at Dodger Stadium.

Kinsler homered off an 0-1 pitch from Seth Lugo into left-center field in the third, scoring Jonathan Lucroy, who singled leading off.

Lugo of the New York Mets allowed four runs and five hits, struck out seven and walked four in four innings. The right-hander won his first two starts of the tournament, including in the second round against Stroman and the U.S.

In that game, Stroman gave up six consecutive singles in a four-run first inning and took the loss against Puerto Rico last Friday in San Diego.

The Americans made it 4-0 in the fifth on RBI singles by Christian Yelich and Andrew McCutchen.

Fans wore flags of both countries as capes and decorated their faces in team colors. Puerto Rico boosters pounded cowbells, tooted horns and blew whistles early on before their team fell behind 4-0.

Fans were on their feet chanting U-S-A when the Americans loaded the bases in the seventh with two outs. They were rewarded with Crawfords two-run single that chased JC Romero, extending the lead to 6-0.

The US tacked on another run on Giancarlo Stantons RBI single off Hiram Burgos past diving shortstop Francisco Lindor.

Burgos wild pitch moved runners to second and third before he walked Lucroy to load the bases a second time. Kinsler flied out to end the inning.

The Americans led 8-0 in the eighth on McCutchens RBI single with two outs.

The US defeated two-time champion Japan, while Puerto Rico beat the Netherlands to reach the final.