Clint Dempseys opener cancelled out by Gabriel Gomez before the break, but a point in Panama 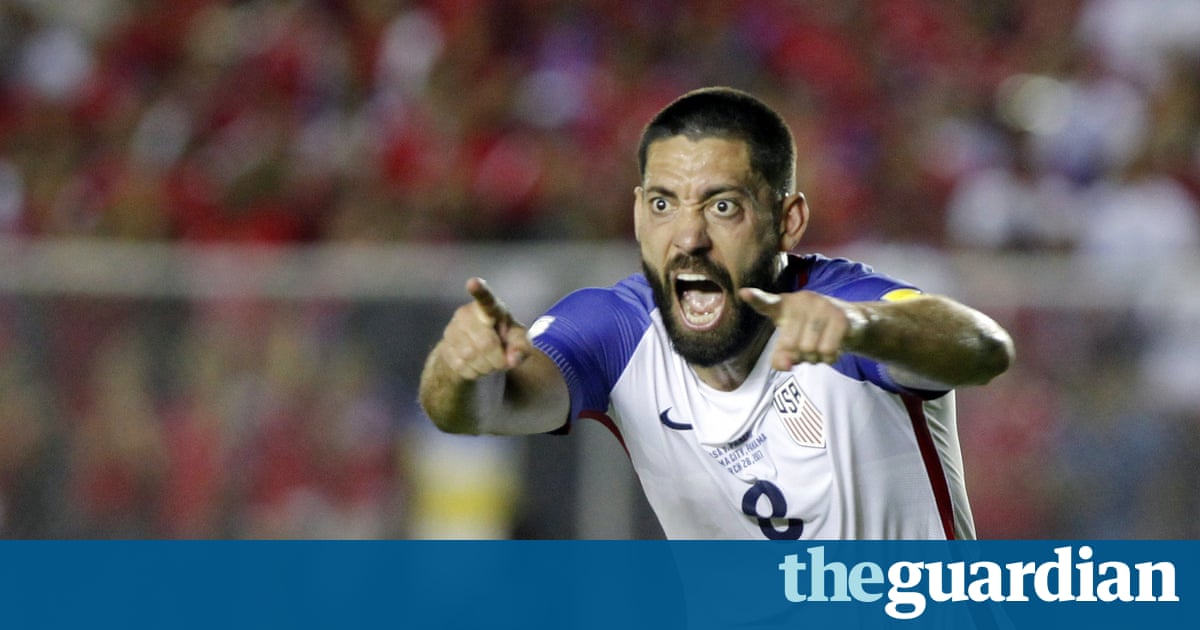 After the rout, the reality check.

Bruce Arenas side followed up Fridays 6-0 win over Honduras with a fitful display at the Estadio Rommel Fernandez for a result that might come to be seen as a useful point in their 2018 World Cup qualifying campaign.

For now, still early on the path to Moscow and near the start of Arenas second spell as head coach, its hard to judge the significance of the outcome. Christian Pulisic again burnished his reputation but the US quickly surrendered a lead they did not merit and under pressure the defense readily revealed its makeshift nature. Nor did the midfield and forwards offer much cohesion or creativity going forward.

Still, while the US did not dominate, they did not wilt, either, away to tougher opponents than they faced last week in California. The US sit fourth after four games, a point behind Panama and six points behind the Hexagonal leaders, Mexico, who beat Trinidad & Tobago earlier on Tuesday. But finishing in the top three and avoiding finishing fourth and enduring a playoff against the fifth-placed Asian nation looks eminently realistic on the evidence of the past two games, provided home form holds up.

The 6-0 victory with a hat-trick from Clint Dempsey felt like an essential three points in the context of qualification for the 2018 World Cup, and a form of catharsis a purging of the bad vibes that gathered like storm clouds in the gloaming of Jrgen Klinsmanns tenure.

It wasnt two points lost, goalkeeper Tim Howard told beIN Sports. I thought we were fresh, obviously theyre a physical team, probably the most athletic team in Concacaf so its hard to match them but I thought we did a good job.

Klinsmanns successor was forced into three changes from that thrashing. Graham Zusi at right back seemed a Klinsmannesque foray into the unknown, though Geoff Camerons late withdrawal left Bruce Arena with few options in defense.

DaMarcus Beasley, after all, has prolonged his career by morphing from jet-heeled winger to mature full-back. Still, Zusi was an obvious target for Panamas attack and was bypassed a couple of times in the first half, notably when Alberto Quintero cut inside after 33 minutes but shot too close to Tim Howard.

Tim Ream came in for the unwell John Brooks at center back while Jorge Villafana continued ahead of Beasley at left back. The other alteration was in central midfield, where Jermaine Jones returned from suspension to replace the injured Sebastian Lletget.

Panamas starting XI was replete with current MLS players and league alumni, notably Roman Torres, of Seattle Sounders, in defense, and Jaime Penedo in goal. Now at Dynamo Bucharest, the 35-year-old played under Arena as the Galaxy won the 2014 MLS Cup. He did not have much to do in the first half other than watch the ball enter his net.

The Americans have never lost in Panama City. Their previous visit came in the last game of the previous Hex in 2013 when, already-through, the US scored twice in stoppage time via Zusi and Aron Johannsson for a 3-2 win that allowed struggling Mexico to finish fourth at Panamas expense and reach Brazil after a play-off against New Zealand.

As such, this fixture was flashback fuel for one of footballs most shopworn storylines revenge, sweet revenge even though the sides had met three times since, with a Panama win on penalties in the 2015 Gold Cup third-place match underlining the country of four million peoples gradual improvement.

Simon
← Previous Story Apple releases iOS 10.3 as well as macOS, watchOS and tvOS updates
Next Story → These Abandoned Stadiums Will Give You The Chills