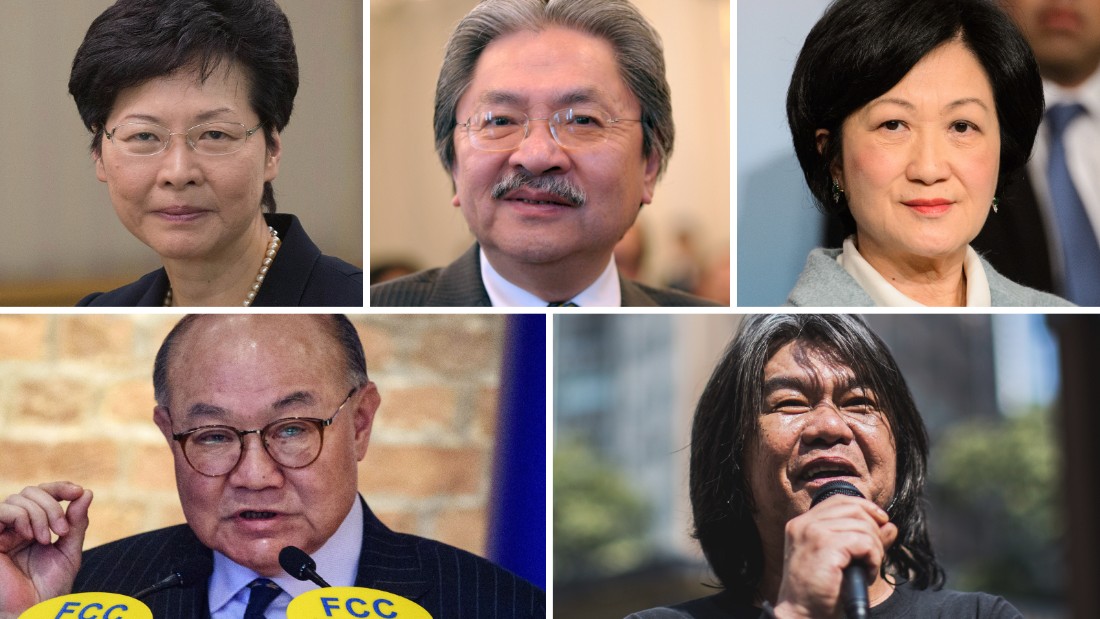 Hong Kong (CNN)Are you a competent former government official who relishes a challenge? Can you please China’s leaders while placating young democratic activists who are prepared to take to the streets? Will you be willing to take the blame for decisions made hundreds of miles away?

Well you just could be the next Hong Kong Chief Executive.
Nominations opened Tuesday for the city’s top — and possibly most difficult — job ahead of March 26, when Hong Kongers will go to the polls to pick the city’s next leader.
Well, 1,200 of them will anyway, and critics say the real choice is made in Beijing.
But that hasn’t stopped candidates plastering the city in advertisements, running online crowdfunding campaigns, and attacking each other in the local press.

Why does it matter?

Concerns have been growing in Hong Kong over Beijing’s influence in the city and that the freedoms granted by the “One Country, Two Systems” policy are being eroded.
Five Hong Kong booksellers were allegedly abducted by Chinese agents in late 2015, two of them while they were outside mainland China. The move sparked mass protests in Hong Kong but little action from the local government.
In November, Beijing intervened in a dispute over two pro-independence lawmakers’ oaths of office, using a rarely invoked power to reinterpret the city’s constitution and kick them out of parliament.
Current Chief Executive C.Y. Leung, who was a focus of massive pro-democracy street protests in 2014, has already said he won’t run for a second term.

How does it work?

Hong Kong’s leader is chosen by a “broadly representative” Election Committee and appointed by the central government in Beijing, in accordance with the city’s mini-constitution, Basic Law.
The committee consists of 1,200 members from various broad groupings, including industry, labor groups, religious organizations, and Hong Kong representatives to the Chinese People’s Political Consultative Conference, a Communist Party advisory body.
These electors decide on a leader that will control the fates of the 7.8 million people who live in the city, a thriving financial center that is also home to more than half a million foreign nationals and expats.
To run candidates need to get at least 150 nominations from registered members of the Election Committee and on March 26, members of the election committee will meet at a cavernous convention center next to the city’s stunning harbor to cast their votes for the city’s next leader.
If any candidate clears the bar of 600 votes in the first round, they will win outright. Otherwise the two top candidates will proceed to a run-off, in which one must still clear the 600 vote bar.
The next chief executive will begin their term after Leung steps down on June 30.

Who’s in the running?

As of February 14, five candidates have declared their intention to run for the Chief Executive job.
Resum: Carrie Lam joined the civil service in 1980, working under both British colonial and Chinese administrations. She joined Chief Executive Donald Tsang’s cabinet in 2007 as Secretary for Development, before being promoted to Chief Secretary under Leung as he assumed office in 2012.
Strengths: As the second-highest ranking politician in Hong Kong, Lam is a natural fit to succeed Leung, who is not standing for a second term. She has the support of much of the city’s pro-Beijing elite and is expected to easily clear the 150-nomination bar to joining the race.
Weaknesses: Lam is seen by many Hong Kongers as tainted by Leung’s unpopularity. In one of her last actions as chief secretary, she approved the building of a controversial new museum without public consultation, a giant advert for which quickly became a magnet for protests.
Resum: Hong Kong’s longest running financial secretary, John Tsang was private secretary to the last colonial governor Chris Patten. He joined the post-handover government in 1999, serving in a variety of roles before becoming financial secretary in 2007.
Strengths: Tsang has strong ties to the current administration and the pro-Beijing elite. He is far more popular than Lam, and has attempted to distinguish himself from her by playing up his support with the wider public. He previously gained praise for his unabashed support of the Hong Kong soccer team, even when playing China, and his game embrace of his “Mr Pringles” nickname (for his resemblance to the potato chip mascot).
Weaknesses: His support within the election committee is believed to be far thinner than Lam’s, and there have been suggestions he may have to rely on the votes of pro-democracy members to get on the ballot.
Resum: A former security secretary, Regina Ip resigned in 2003 after mass protests against a proposed anti-sedition law. She went on to run for the Legislative Council (LegCo) in 2008, and co-founded the New People’s Party in 2011.
Strengths: Ip has staged a remarkable political comeback since 2003 and is one of the city’s most popular politicians. In last year’s LegCo elections, she received the third-highest amount of votes of any candidate.
Weaknesses: While she has proven popular with middle class voters in her Hong Kong Island constituency, Ip remains one of the city’s most divisive figures, particularly among pro-democracy circles. She could fail to obtain the 150 nominations necessary to get on the ballot, a repeat of her experience in the 2012 race.
Resum: The only candidate not from a government background, Woo Kwok-hing is a retired Court of Appeal judge and former chairman of the Electoral Affairs Commission.
Strengths: The first person to declare his candidacy, Woo has promised to finish the job of political reform which has stalled since the Umbrella Movement protests of 2014, winning him the support of many pro-democracy electors.
Weaknesses: Woo will likely have to rely on pan-democrats in order to achieve the necessary 150 nominations, and it’s unclear how far his support extends beyond that camp, if at all.
Resum: A founding member of the League of Social Democrats, Leung Kwok-hung, better known as “Longhair,” has been a legislator since 2004.
Strengths: With his iconic hair and Che Guevara t-shirts, Leung is one of the city’s best known politicians and is popular with the public (though often more for his personality than politics).
Weaknesses: Leung’s last-minute decision to stand in the 2017 race risks splitting the pro-democracy camp’s votes and reducing their influence in the final tally. A long term and fiery critic of the government and elites, Leung’s support outside that camp is likely non-existent.

Simon
← Previous Story DNC Chair Candidates Want Party Divisions To Go Away, But Its Not Happening
Next Story → A creepy security bug on Gmail for Android is finally getting a fix