We need to talk about cultural appropriation: why Lionel Shriver’s speech touched a nerve

Is it OK for white writers to take on a black voice? The protest that followed the American novelists address in Brisbane has cast new light on one of cultures hottest debates one that has hundreds of years of backstory and has reverberated through literature, rap, rock and Hollywood movies 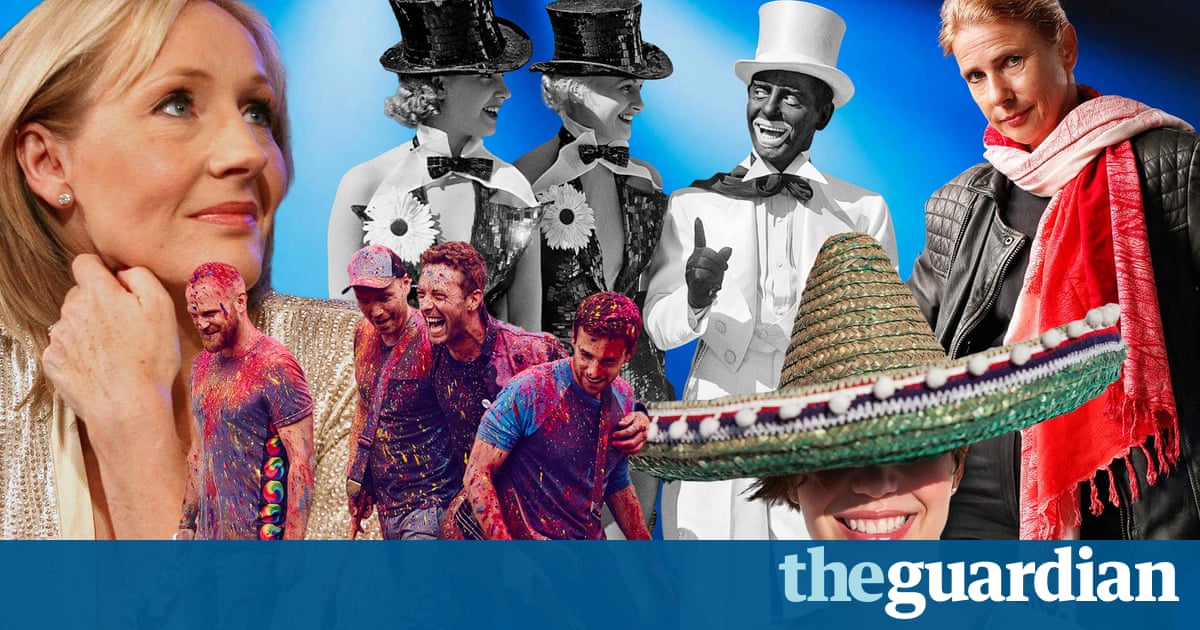 Lionel Shriver knew she was going to annoy people. Inviting a renowned iconoclast to speak about community and belonging is like expecting a great white shark to balance a beach ball on its nose, she said. She then used her keynote speech at the Brisbane writers festival to tear into the argument that writers most particularly white writers are guilty of cultural appropriation by writing from the point of view of characters from other cultural backgrounds.

Referring to incidents in which two members of student government at an American university faced impeachment after attended a tequila party wearing sombreros, and reports of a ban on a Mexican restaurant from giving out sombreros, the author of We Need to Talk About Kevin said: The moral of the sombrero scandals is clear: youre not supposed to try on other peoples hats. Yet thats what were paid to do, isnt it? Step into other peoples shoes, and try on their hats.

The response was instant. Sudanese-born Australian social activist Yassmin Abdel-Magied, who was attending the event, walked out and then quickly penned a comment piece which argued that Shrivers speech was a celebration of the unfettered exploitation of the experiences of others, under the guise of fiction.

The argument is one of the most pointed yet in a debate that has a long history across literature, music, art and performance. While fiction might be the catalyst for this discussion, in the eyes of Abdel-Magied and others the issues are deeply rooted in real-world politics and a long history.

The image of the blackface minstrel artist of 1830s America the white performer painted up to look like a caricature of an African-American person and performing comic skits is perhaps the most oft-invoked example of cultural appropriation from history. The racial dynamic of minstrelsy was complex it was performed by African-American and Anglo actors alike but while African-American performers often sought to gain financial security from the practice and in some cases use their platform to counter negative public stereotypes of themselves, white performers reinforced those stereotypes. This occurred within a society which still had not abolished slavery, and in which the political power dynamic was very much racialized. As the civil rights movement grew, so did criticism of white people attempting to exploit the images and experiences of people of colour for social and financial gain.

This pattern is repeated around the world, particularly in places that experienced colonisation and slavery, such as India, Australia and South Africa. As scholars, artists, activists and writers of colour fought to gain access to predominantly white institutions and public spaces, and gained visibility in the cultural sphere, they began to criticise the inaccurate representations of themselves they saw created by and for the profit of others.

The issue has been heavily explored within the academies but has gathered momentum in popular culture over the past decade. It underpins criticism of, among other things, Iggy Azaleas sonic blackness, Coldplays myopic construction of India in their music videos, and Miley Cyruss dance moves. Director Cameron Crowe recently apologised for casting Anglo-American actor Emma Stone as a part-Asian character in the 2015 film Aloha not the first time a white actor has been cast to play a character from a different racial background in mainstream cinema. The argument has been assisted particularly by the feminist communitys focus on intersectionality crudely the idea that discrimination takes on different forms depending on the race, class and/or gender of the person discriminated against.

The charge of cultural appropriation is not confined to fiction, but at the moment thats perhaps the most hotly contested terrain. In March, Harry Potter author JK Rowling was accused of appropriating the living tradition of a marginalised people after a story published to her Pottermore website drew upon Navajo narratives about skinwalkers. Shriver herself mentioned the case of white British author Chris Cleave, whose novel The Other Hand is partly narrated by the character of a teenage Nigerian girl. In principle, I admire his courage, Shriver said. She then went on to detail reviewer Margot Kaminskis concerns that Cleave was exploiting the character, that he ought to be taking special care with representing an experience that was not his own.

Shriver took aim at the suggestion that an author should not use a character they created for the service of a plot they imagined. Of course hes using them for his plot! she said. How could he not? They are his characters, to be manipulated at his whim, to fulfil whatever purpose he cares to put them to.

What boundaries around our own lives are we mandated to remain within? asked Shriver. I would argue that any story you can make yours is yours to tell, and trying to push the boundaries of the authors personal experience is part of a fiction writers job.

While it seems obvious that writers of fiction will endeavour to write from perspectives that are not their own, many writers of colour argue there is a direct relationship between the difficulties they face trying to make headway in the literary industry and the success of white writers who depict people of colour in their fiction and who go on to build a successful literary career off that. The difference between cultural representation and cultural appropriation, by this logic, lies in the white writer telling stories (and therefore taking publishing opportunities) that would be better suited to a writer of colour.

Some writers argue that it works in reverse, too. In an event for the Guardian in November last year, Booker Prize-winning author Marlon James said publishers too often pander to the white woman (the majority of the book-buying public), causing writers of colour to do the same. In a Facebook post responding to novelist Claire Vaye Watkins widely circulated essay On Pandering, James said that the kind of story favoured by publishers and awards committees bored suburban white woman in the middle of ennui experiences keenly observed epiphany pushed writers of colour into literary conformity for fear of losing out on a book deal.

Speaking to Guardian Australia, Indigenous Australian author and Miles Franklin winner Kim Scott says its crucial to listen to the voices of marginalised people who may not be given enough space to tell their own stories. Stories are offerings; theyre about opening up interior worlds in the interests of expanding the shared world and the shared sense of community. So if theres many voices saying we need more of us speaking our stories, from wherever theyre saying that, then that needs to be listened to.

Omar Musa, the Malaysian-Australian poet, rapper and novelist, told Guardian Australia: There is a history of stereotypes being perpetuated by white writers and very, very reductive narratives. People are just generally a lot more wary of that.

Musa says white writers should read, support and promote the work of writers of colour before attempting to encroach on that space themselves, if that is something they want to do. But he admits he finds the issue difficult; the suggestion that writers shouldnt move outside the boundaries of their own experiences comes into direct conflict with what he sees as the purpose of fiction: to empathise with and understand other peoples lives.

If youre going to write from someone elses perspective, Musa says, its important to avoid stereotypes, especially if you want to make the characters rich and flawed as a good character should be.