Assailants shot dead after driving up to regional Communist party headquarters and setting off bomb, according to official media, in flare-up in Uighur region 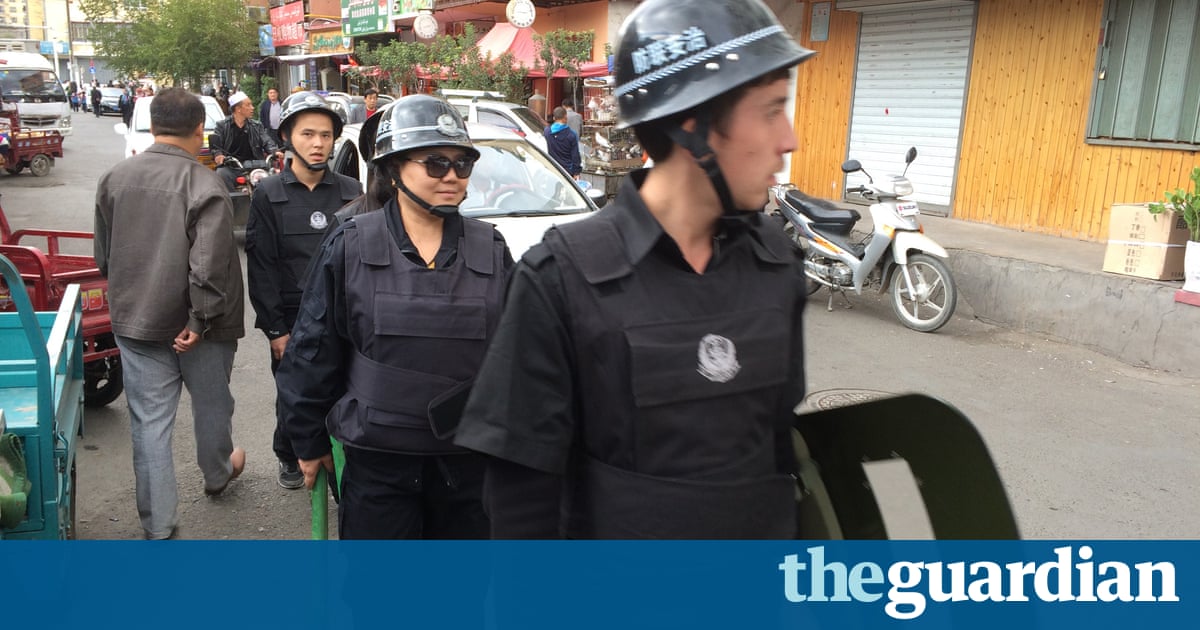 Attackers drove a car into a government building in Chinas restive far western region of Xinjiang on Wednesday and set off explosives, killing one person while all four of the assailants were shot dead, the regional government said.

Hundreds of people have been killed in recent years in resource-rich Xinjiang, on the borders of central Asia, in violence between the Muslim Uighur people who call the region home and Han Chinese who are Chinas ethnic majority.

The government has blamed the unrest on Islamist militants, though rights groups and exiles say anger at Chinese controls on the religion and culture of Uighurs is more to blame for the unrest. China denies any repression in Xinjiang.

The Xinjiang government said in a short statement on its main news website that the incident occurred just before 5pm in Karakax county, deep in southern Xinjiangs Uighur heartland.

It said the group drove a vehicle into a yard at the county Communist party offices and set off a bomb but were all shot dead.

Three people were wounded and one other died, it said, without giving details.

At present local social order is stable, the government said.

In a separate English-language report the official Xinhua news agency described the incident as a terrorist attack. It gave no other details aside from those in the government statement.

It is difficult for foreign journalists to report in Xinjiang, making it almost impossible to produce an independent assessment of security there.

I strongly doubt the casualty toll and reason for the incident from official reports, which lack transparency, he said in an emailed statement.

The government has delayed reporting some previous incidents. An attack on a coal mine in September 2015, in which at least 16 died, was not reported by the government until two months later when it announced its security forces had killed 28 of the terrorists involved.

Xinjiang had generally been quiet in 2016 with no major reported attacks or other violent incidents.