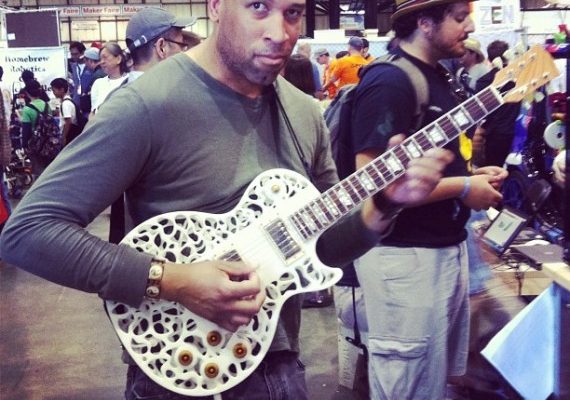 10 Cools Things People Have 3D Printed Which Revolutionized the World

3D printing technology has been evolving for decades, but it’s only now that we’re starting to see the true benefits it provides humanity. It’s already revolutionizing the fashion and healthcare industry. And thanks to advancements in software and materials, 3D printers are creating some jaw-dropping things you have to see to believe.

In 2010, this skirt and top combo made its debut. The designer, Iris van Herpen called her work of art “Crystallization.” But she didn’t make it with conventional materials. She used 3D printing technology to create what looks like a combination of a seashell, the horns of a goat and the remains of a fossilized dinosaur.

You Can Print Food

It sounds an awful lot like those replicators we see on sci-fi shows like “Star Trek.” But we’ll have to wait a while before we can tell the computer to replicate a frappuccino out of thin air. In the meantime, 3D printers are able to print out simple food items like chocolates and candies in various intricate shapes. But if you buy a Foodini, you can print out things like ravioli or even pizza.

Visually impaired moms were undoubtedly frustrated because they couldn’t see their child’s ultrasound. But they can’t stop crying now that 3D technology allows doctors to print out a 3D version of an unborn child’s ultrasound. This allows the expectant mom the best gift ever, which is to feel and touch her child’s face, arms, and tiny hands before it pops out of the oven.

Humans aren’t the only ones dealing with crippling paralysis. Cats and dogs suffer spinal injuries too. But a conventional wheelchair just won’t do for your four-legged friends. If your pet lost their ability to walk because of an accident, 3D printers can whip up a walking device that provides them with the mobility that their hind legs no longer offer.

This poor bird had the top part of his beak taken off, which made it impossible for it to feed itself. In most cases, this would mean the bird’s odds of survival are slim to none. But thankfully, 3D printing technology provided a miraculous solution. It printed a new beak for this adorable bird in distress and we doubt anyone could tell this isn’t his original beak.

This 3d printed dinosaur-shaped shower head will appeal to any aspiring archaeologist or “Jurassic Park” fan. It’s simply savage and we kind of dig the fact that it’s pink, too. It really bumps up the cool factor in this bathroom. Now if only they could print something to cover up that hole in the wall.

Despite the massive undertaking of prepping for a NASA launch, the number of spare parts and supplies are limited. But with 3D printers, astronauts can simply print out parts and equipment they need to keep their shuttle or station running.

Washington State University researchers were able to 3D print some bone grafts for patients. The artificial bone behaved like some sort of bridge that gave the patient’s actually bone time to repair itself. This is a great technique for people who fractured their bones.

As long as you have to wear a prosthetic, you might as well get one that looks really cool. We’d certainly say that a see-through titanium leg like this one has balanced functionality and aesthetics in a totally badass way.

With the help of 3D printing technology, people can replicate acoustic guitars and Gibson Les Paul guitars that are futuristic and beautiful. Can you imagine a future where musicians can print out their own unique guitars with their unique sounds? Guess what? The future is here.