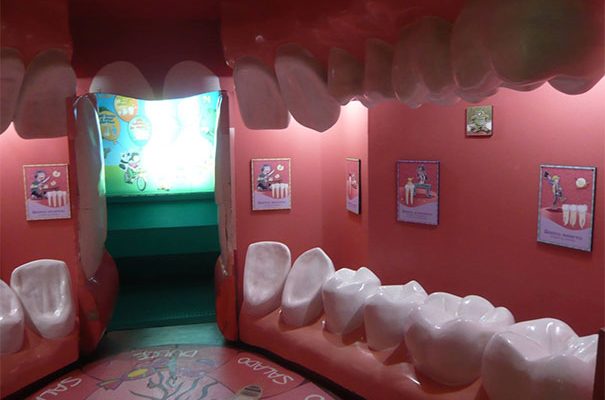 The items you’re about to see are tacky and tasteless, but the designs were executed flawlessly. So, you won’t really know whether you want to love them or hate them. One thing’s for sure; whoever came up with these will go down in history for creating some of the most brilliantly hideous ideas ever.

A Throne With a Real Sting

Anyone who has ever seen “Dr. Phibes Rises Again” might feel like this chair was inspired by a scene in that movie. This is the kind of throne you wouldn’t be able to call a comfort chair because that scorpion’s tail would always be looming over your head. But it can make you look like a badass villain, too.

This brain winter hat is probably not what your teacher meant when she said; “put on your thinking cap.” It may not be the most tasteful winter hat, but it makes a great gift for a friend or a classmate who doesn’t have a brain and needs one for the test.

These pigeon heels bring a whole new meaning to the term pigeon-toed. Seriously! They’re a real eyesore. Anyone wearing these will look like the pigeon lady from “Mary Poppins,” but a spoon full of sugar won’t stop people from being afraid of this person’s feet.

Flipping Over This Car

If this car were to ever flip over it would simply keep on driving, because the top tires spin too. Can you imagine what your husband or wife would say if you drove this car home from the dealer? They’d probably do a double take and then slap you with divorce papers.

Trapped in the Mouth

This weird room filled with teeth is an exhibit at a kid’s museum in Costa Rica that was designed to teach youngsters all about oral hygiene. But this probably gave one or two kids on the trip a few nightmares. Just be grateful this wasn’t a dentist’s waiting area or you might never get those kids to brush their teeth again.

Go full-on Amish and drive down the Oregon Trail with these wagon wheels on this cool Hummer. We wonder how long those wheels would hold up when driving at 80 miles per hour. Can the driver even hit their breaks with those wooden wheels?

Kids will undoubtedly find this blow-up slide of the sinking Titanic amusing, and so will movie fans. But it’s pretty tasteless. Almost like that scene where Rose didn’t let Jack on the door she was floating on even though there was more than enough space.

How would you like to own a metallic fire minion that’s holding an axe to put in your backyard? Its fire mouth is pretty creepy to look at, but somehow, the final product is ten times better than it should’ve turned out. Who wouldn’t want a flame-breathing minion? It’s kind of adorable.

Camila Villafane
Next Story → 14 Pictures Of People Getting Caught While Staring Where They Shouldn’t Be!