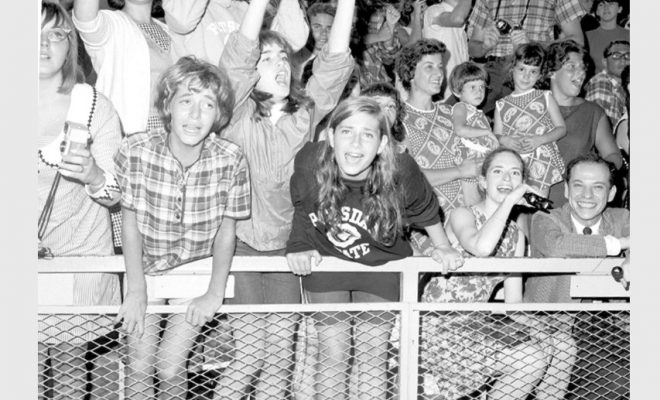 The concert photographs from the 60s and 70s are a window into that past, capturing the energy and excitement of those legendary performances. They transport us back to a time when music was raw, authentic, and unbridled. From the Beatles playing at Shea Stadium to Janis Joplin belting out her classics at the Monterey Pop Festival, these photographs capture the essence of an era and the iconic musicians who defined it.

With these amazing concert pics, we can relive the moments when music was more than just a way to pass the time; it was a way of life. The fashion, the hairstyles, the energy, the crowd – all of it comes back to life in these photographs. It’s like taking a trip back in time, and it’s a reminder of how much music has shaped our lives. So, please take a look at these fantastic concert pics from the 60s and 70s, and let them take you right back to the golden age of music.

Remember the first time you ever saw your favorite musician or band perform live? The energy and excitement of a live concert are truly unmatched, and the music scene of the 1960s and 1970s was particularly electric. With legendary events like Woodstock, the Monterey Pop Festival, and Day on the Green, it was a time when the live concert experience was taken to new heights. Can you imagine being there in person, feeling the crowd’s energy and the music’s magic all around you? It’s a memory that will stay with you forever.

Those concert experiences from the ’60s and ’70s were indeed something special. The energy, the atmosphere, and the sense of community that came with attending a concert during that time period were unlike anything else. The music was raw, authentic, and truly spoke to the audience’s hearts. The memories of those concerts stay with us forever and looking at old photos of the Beatles, Led Zeppelin, The Rolling Stones, and other iconic bands from that era take us right back to those moments of pure bliss.

The concert-goers were dressed at their best, ready to let loose and lose themselves in the music. The fashion, the hairstyles, and the overall vibe of the time period all come together to create a truly unique and unforgettable concert experience.

This photo captures the iconic duo of Keith Richards and Mick Jagger in a concert from the 1960s. The Rolling Stones have cemented their place in music history as one of the longest-lasting and most popular bands of all time. With decades of concerts under their belt, fans have had countless opportunities to catch them live in action. But unfortunately, their 2020 North American tour had to be canceled due to the pandemic.

If you’re lucky enough to have seen the Stones perform live, you’re in for a treat. One concert that stands out in their history is the infamous 1969 free concert at Altamont Speedway, where the Hells Angels were hired as security. It’s definitely a concert that will go down in history.

This picture from 1972 captures Paul Simon and Art Garfunkel in concert, two of the most iconic folk singers of their time. Even though I never had the chance to see them live, I can only imagine how incredible it must have been to witness their harmonious melodies and powerful lyrics in person. For those of you who were lucky enough to catch one of their shows, you likely had the best chance of seeing them in their hometown of New York City, where they performed a whopping 48 concerts. One of the most memorable performances was their 1981 reunion concert in Central Park, where they sang for an estimated crowd of half a million people, making it one of the largest concert audiences in history. Whenever I see photos of Simon and Garfunkel, I can’t help but hear the opening notes of “Bridge Over Troubled Water” in my head. What’s your favorite song of theirs?

John Denver was a beloved musician of the ’60s and ’70s, known for his extensive catalog of original songs. Even if you weren’t a die-hard fan, chances are you’re familiar with some of his most popular hits. While many of us may have missed the opportunity to see him live in concert, we had plenty of opportunities to catch him on TV. But as we all know, there’s nothing quite like the experience of a live performance. I was lucky enough to see him live in concert, but did you ever get the chance? My sister had that opportunity and still talks about it.

This photo captures the energy of a live performance at Shea Stadium during a “summer festival for peace” concert in the 1960s. The concert was sponsored by Peace Inc. and featured legendary singer Janis Joplin, who even performed in the dark for this particular show. Imagine the electricity in the air and the raw emotion of Joplin’s voice as she sang her heart out.

Many people were lucky enough to see Joplin perform live during her career, whether it was at Shea Stadium or at other iconic events like the Monterey Pop Festival. For those who could witness her talent and passion on stage, it was undoubtedly a once-in-a-lifetime experience. But, unfortunately, for those like me who were born after her passing, we can only imagine the power and emotion of her live performances.

The Carpenters were a household name during the 1970s, with a string of hit songs and a busy touring schedule. Their music and performances were a staple of the era, and fans had plenty of opportunities to catch them live. If you were a fan, you might have had the chance to see them in concert or on one of their many TV appearances. Even if you weren’t a die-hard fan, their songs like “We’ve Only Just Begun” may have been a soundtrack to your memories of weddings, parties, and other events of the era.

This photo captures the Eagles in all their glory during a Los Angeles concert in the late 1970s. The band was a concert staple during the 60s and 70s and continues to be a draw for fans today. I saw them live for the first time at a Day on the Green concert in Oakland, California. I was 15 years old, and I still remember the excitement of the concert. I can recall my friends, and I got a ride to the concert in a station wagon with an older brother and his friend. Do you have fond memories of attending concerts during your high school years?

Remember the days of Soundblast ’66 at Yankee Stadium? The Byrds, one of the pioneers of folk rock, took the stage and performed for fans. Did you happen to be in the crowd that day? With hit songs like “Turn! Turn! Turn!” and “Mr. Tambourine Man,” it would have been a concert to remember. With Chris Hillman on bass, Michael Clarke on drums, David Crosby on guitar, and Jim McGuinn (later known as Roger McGuinn) as the frontman, the band brought a unique sound to the stage.

Did you ever have the chance to see The Supremes perform live? Imagine being in the crowd, singing along to their chart-topping hits, and feeling the concert’s energy. The Supremes were not only a musical sensation but also broke barriers as one of the first African American groups to achieve mainstream success. Their performances were legendary, and being at one of their concerts would have been an unforgettable experience.

10. Smokey Robinson And The Miracles

Remember Smokey Robinson and the Miracles? They were one of the most prominent groups of the 1960s and 1970s, with hit after hit. Their song “Shop Around” was Motown’s first million-selling record, and they continued to dominate the charts for decades. Even now, many years later, Smokey Robinson is still performing and is celebrated for his musical contributions.

If you’re a fan, you may have been lucky enough to see them live in concert. They were known for their energetic performances and have received many accolades over the years, including being ranked 32nd on Rolling Stone’s list of the top 100 recording artists. But have you ever had the chance to see them perform live?

Advertisement
Related ItemsConcert Photos from the 60s and 70s

Alex Granville
← Previous Story 10 Most Paused Movie Scenes of All Time
Next Story → Rare Photos of Diana Before She Became a Princess
Advertisement
"; ?>